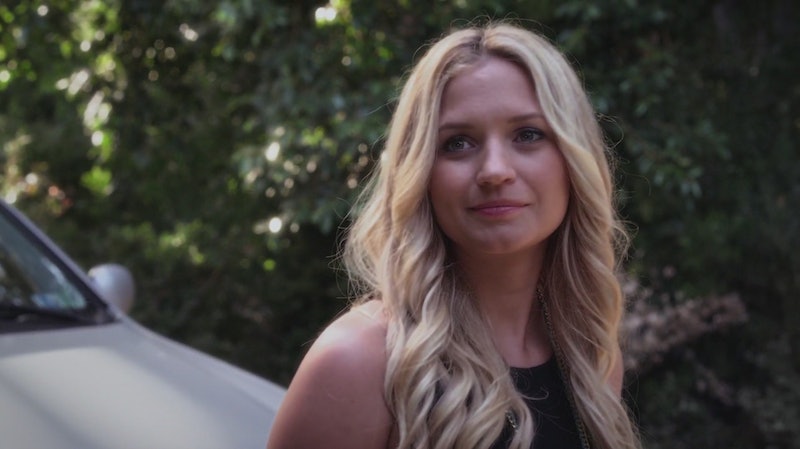 If you thought that the Season 6A finale "Game Over, Charles" finally answered all of your burning questions about the A game, well, it might not be that simple. The Season 6B finale made fans of Pretty Little Liars question just about everything that we thought we knew about this universe, cracking open a mystery that we thought we (mostly) put to rest. After years of the show dropping subtle clues that a twin would show up in Rosewood, the double finally appeared. It turns out that Jessica DiLaurentis has an identical twin named Mary Drake, and that Mary is actually Charlotte's biological birth mother. The real kicker? Mary was also a patient at Radley, which gives a whole new meaning to "like mother, like daughter." Mary's presence on the show calls Charlotte's credibility into question, which is making plenty of fans wonder just what Charlotte was lying about during her Big A reveal. Can we take her words at face value?

Right now it seems like the answer to that is a big fat no. Though it seemed that we would be getting a definitive account from Charlotte after she unmasked herself, this show is called Pretty Little Liars for a reason. The biggest red flag that suggests Charlotte may not have been telling the truth was the fake moniker that she gave Jason once upon a time. Though at the time we assumed that "Cece Drake" was a name Charlotte made up on the fly, the reality of the situation is that Drake would have most likely been her birth name had Mary not given her up for adoption. That likely means that Charlotte knew her birth mother, and maybe not just by name, either.

The Twitter account That's What A Said seems to suggest that Charlotte wasn't telling the whole truth when she spilled the beans about being Big A:

Obviously, Charlotte wasn't exactly "lying" about Mary — she just completely omitted all info about who now seems like a pretty major player in this whole web of mystery. The real question here is why would Charlotte decide to keep her biological mother a secret? While there are plenty of theories as to why Charlotte wouldn't discuss Mary, the simplest one is that Charlotte was protecting Mary so that the Liars wouldn't seek her out — which may mean that Mary is far more dangerous than we initially expected.

One theory suggests that perhaps Charlotte made up the story about Bethany killing Marion in order to protect Charlotte. According to YouTuber N3RD's theory, Bethany, Charlotte, Mary, and Marion were all on the roof of Radley that night, and it was Marion — not Bethany — who pushed Marion to her death. Charlotte was eventually blamed, and accepted the blame in order to protect her mother.

We know that Charlotte always wanted a family, so it's possible that she stayed loyal to her mother despite her (murder-y) flaws. Could killing Marion be Mary's ultimate crime? Mary's already earning evil twin points with her plan to put Ali in a mental institution, so I wouldn't be surprised if we found out she was there the night of Marion's death.