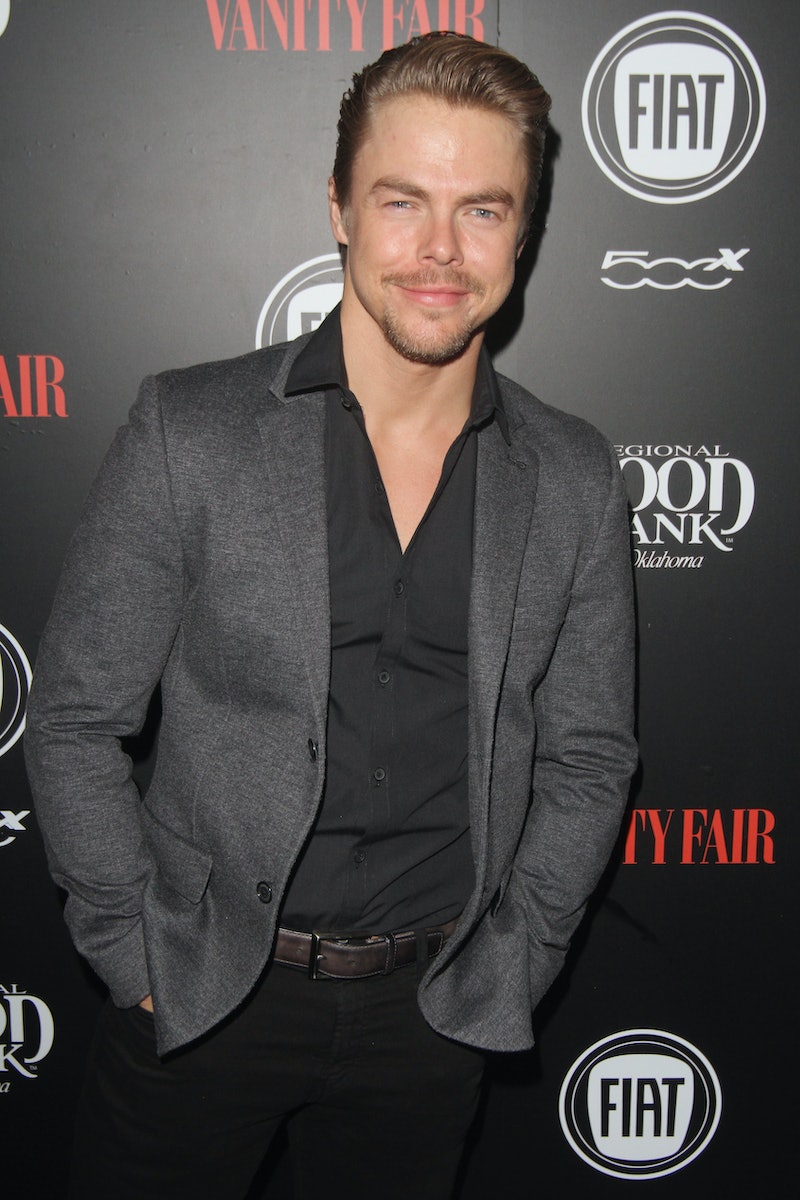 As previously reported, Derek opted out of this season of Dancing With The Stars because he’s about to embark on a big project of his own — starring in a major Broadway production. Singin’ In The Rain is coming to the Great White Way, and Derek has landed the lead role — you know, the one originated by Gene Kelly himself in the movie musical. Even though it doesn’t open until 2017, it’s definitely the biggest opportunity of Derek’s career, and I can’t blame him for wanting to prepare as much as possible before the curtain goes up. Broadway is certainly nothing to sneeze at. Derek has said before that he’d sit out a season or two (especially when Derek was starring in the New York Spring Spectacular at Radio City Music Hall in 2015), but this is the first time he’s followed through.

So is Derek watching? Though he hasn’t mentioned a thing on social media, I can’t imagine that Derek Hough is going full blackout when it comes to Dancing With The Stars. I mean, the show is such a big part of his life — he was on it, his sister, Julianne Hough, was on it, and his best friend, Mark Ballas, is still on it. I personally think he’s cheering on Mark from a non-tweeted, non-Instagrammed distance. In between his own rehearsals, of course.

More like this
Twitter Is Upset About The 'American Idol' Top 3 Results: "Who TF Is Voting?"
By Jake Viswanath
How 2 'American Idol' Singers Performed With COVID-19 & Made It Into The Top 5
By Jake Viswanath
Everything We Know About Chèrie & Jessey’s Abrupt Exit From Bling Empire
By Alyssa Lapid
There's Plenty Of Drama Brewing To Warrant A 'Summer House' Season 7
By Brad Witter
Get Even More From Bustle — Sign Up For The Newsletter