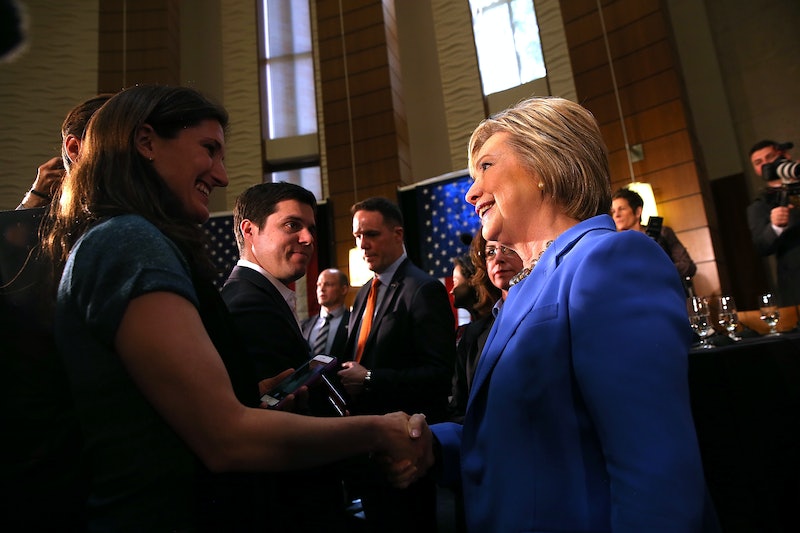 A scene in the new season of House of Cards shows TV commentators discussing the possibility of “faithless delegates” deciding the outcome of the show’s fictional Democratic National Convention. Creative as they are, the writers of the show didn’t invent that concept from scratch. What are faithless delegates, and could they play a role in the 2016 race?

Delegates are representatives from each state who go to their respective parties' national conventions. They, not voters, ultimately determine which candidate wins each party’s nomination. In most cases, delegates are required, or “bound,” to vote for a candidate in accordance with the outcome of their state’s primary or caucus. Different states have different rules regarding how their delegates are bound, and so do the two major political parties. Some states use a winner-take-all system, for example, while others use proportional allocation. There are many, many more complexities to this as well. The important point is that in both parties, most of the delegates will be bound by the rules to vote for a specific candidate during the first ballot of voting at the convention. If the first ballot fails to produce a majority for any one candidate, then the convention becomes contested and all hell breaks loose. You can read about what that might look like here.

A faithless delegate is one who, in violation of party rules, votes for a candidate other than the one to whom they are bound. Think of them as “rogue” delegates — it’s their job to represent a specific candidate’s supporters at the convention, but they simply vote for whomever they please. But if a delegate turns out to be faithless, does their vote still count at the convention? That, of course, is the million-dollar question, and the answer is different in each party.

The Republican National Committee has a bylaw that preempts the impact of faithless delegates. Rule 16(a)(2) of the party’s convention rulebook states that “the Secretary of the Convention shall faithfully announce and record each delegate’s vote in accordance with the delegate’s obligation under these rules, state law or party law” (emphasis mine). Because a faithless delegate is by definition breaking the rules, this means their rogue vote won’t count. The tally will instead show that they voted for the candidate they were required to vote for — even though they didn’t — and things will proceed as normal.

That is, unless Republicans change the rules at the last minute. The party has quite a bit of latitude to modify its rules, and the specific rule concerning faithless electors could easily be changed before the convention takes place.

The Democrats, on the other hand, appear to allow delegates to be faithless. Rule 7(c) in Section VIII of the party’s convention rules state that “delegates may vote for the candidate of their choice whether or not the name of such candidate was placed in nomination.” A later clause stipulates that their votes “shall in all good conscience reflect the sentiments of those who elected them,” but the manner in which the party resolves a dispute about this favors the faithless delegates.

If a delegate breaks the rules, another delegate from the same state can challenge the vote. But all that does is force the entire state’s delegation to do a re-vote. If that happens, “the votes of that delegation shall then be recorded as polled without regard to any state law, party rule, resolution or instruction binding the delegation or any member thereof to vote for or against any candidate or proposition" (emphasis mine).

So faithless delegates may rear their heads at either party’s convention. How that would play out is anyone’s guess, because it would depend mostly on what’s going on in the brains of the individual delegates. But the mere possibility of this happening is an important reminder that, while the U.S. is ostensibly a democracy, there are a whole bunch of asterisks, caveats, and exceptions built into the system. Faithless delegates are one of them.