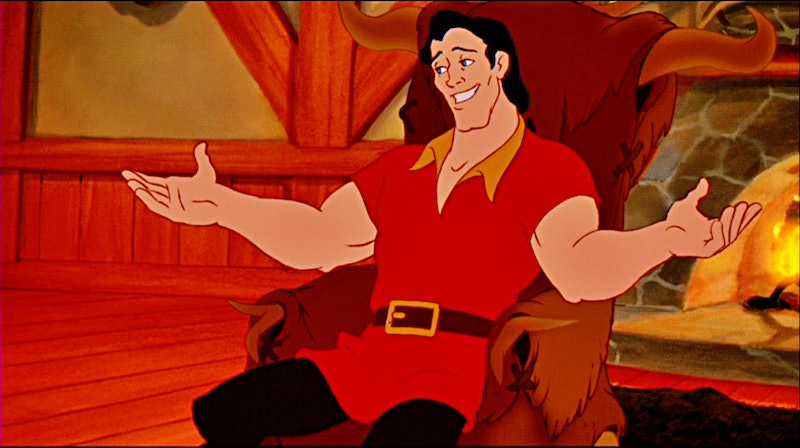 We already know that conventions of masculinity are harmful to men, but recent studies suggest that gender stereotypes may in fact have deadly consequences. Work by researchers at Rutgers University suggests that the pressures of masculinity may cause shorter life spans in men. Persistent cultural demands that men be “manly” — that is, perpetually unemotional, tough, aggressive, and independent — have the negative effect of making men less likely than women to seek preventative healthcare, and more likely to underreport their symptoms when they do seek care.

Rutgers psychologist Diana Sanchez and doctoral student Mary Himmelstein began their research with the question, “Why do men have shorter life spans than women?” On average, American men die five years earlier than American women, a difference that can’t be attributed to physiological differences between genders. Sanchez and Himmelstein have published two papers that consider whether traditional gender roles, and particularly those ascribed to men, may be to blame.

In the first study, published in 2014 in The Journal of Health Psychology, Sanchez and Himmelstein interviewed men and women about how they valued traditional ideals of masculinity in their lives, as well their health histories, with questions about how often they go to the doctor, how long they wait before seeking treatment, and so on. The researchers found that men who strongly valued traditional notions of “manliness” were also the ones less likely to seek out preventative care and more likely to put off getting medical attention when they needed it. They also had generally worse health outcomes than people who were less attached to conventional masculinity.

Interestingly, these results held true for women, too. Female responders who attached a lot of self-worth to traditionally masculine traits, like being tough and independent, were also less likely to seek healthcare. “It's worse for men, however," Himmelstein said in a press statement. “Men have a cultural script that tells them they should be brave, self-reliant and tough. Women don't have that script, so there isn't any cultural message telling them that, to be real women, they should not make too much of illnesses and symptoms.”

In another study, published in Preventative Medicine in March, the researchers found that the battle doesn't end when men do finally seek treatment. “Everyone has a story about how a male friend or family member has been reluctant to go to the doctor," Sanchez told The Washington Post. “But it's more than that — it's also what happens when they actually go see a doctor.” In this study, surveys revealed that men who identified strongly with conventions of masculinity also had a preference for male doctors, due to beliefs that male doctors are more competent than female doctors.

But — and here’s where things get really fascinating — even though these “manly” men reported a preference for male doctors, when actually faced with male healthcare professionals, they tended to downplay their medical issues. In one phase of the research, Sanchez and Himmelstein surveyed 250 male undergraduates about how strongly they valued traditional masculinity and their gender preferences in doctors. The researchers then brought in these subjects to be interviewed by male and female pre-med and nursing students. The interviews showed that the more male subjects valued stereotypes of “manliness,” the more likely they were to underreport symptoms when speaking with male doctors — and that men tended to be more open about discussing their health with female doctors. “That's because they don't want to show weakness or dependence to another man, including a male doctor,” Sanchez explained in a press statement.

This reluctance to go to the doctor in the first place, and then to fully report symptoms and pain, for fear of seeming “weak” or unmasculine, is detrimental to men’s health and well-being, but figuring out how to solve the problem, based in deeply embedded cultural constructs of gender, is easier said than done. Sanchez explained to Broadly, “We've had years of men endorsing masculinity. Because it may be so difficult to get men to not endorse this masculinity idea, we might need to start with reshaping how they think about healthcare.”

More like this
6 Abortion Advocates To Follow On TikTok
By Sara Youngblood Gregory
TikTok’s Favourite Razor Brand Has Launched Into Wellness
By Tomi Otekunrin
How To Protect Your Digital Privacy If You Need An Abortion Post Roe v. Wade
By Kaitlyn Wylde
23 Abortion Funds In States With Trigger Bans To Donate To
By Emma Carey
Get Even More From Bustle — Sign Up For The Newsletter