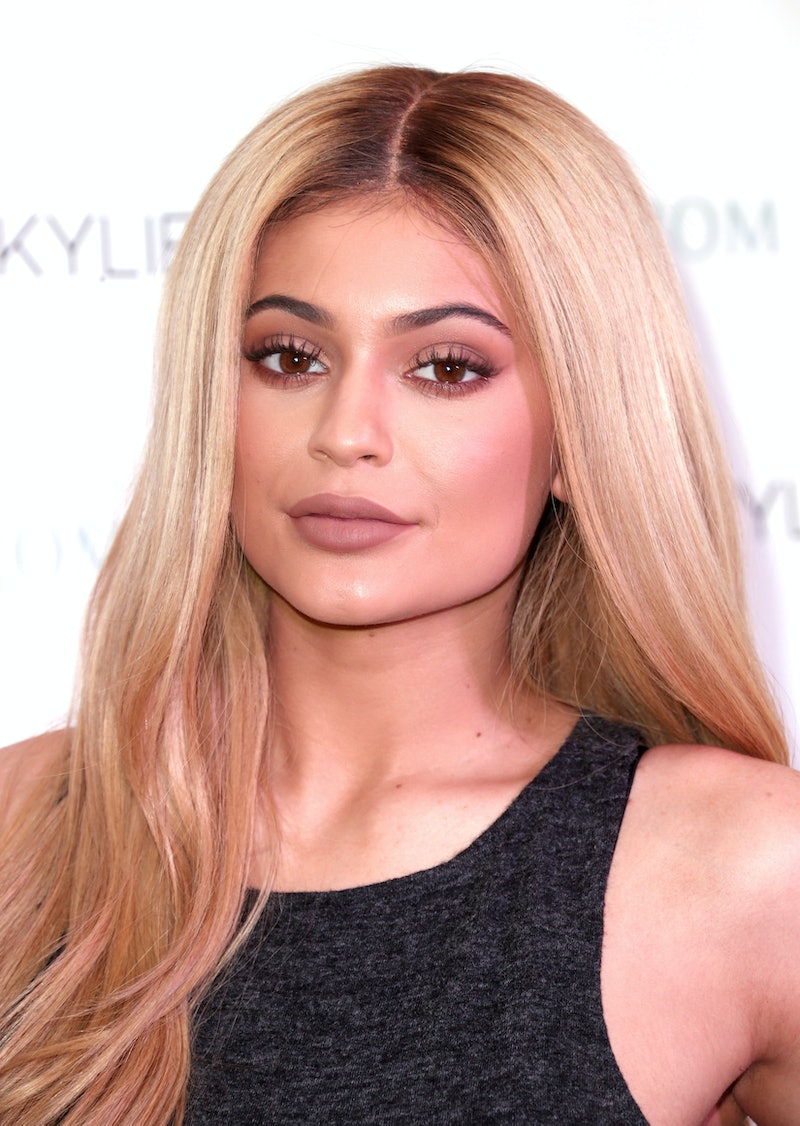 Another Kylie Lip Kit restock has come and gone, my friends. In just 16 minutes, the social media star was able to sell out all eight shades on Monday night. That's a whole lot of liquid lipsticks running around out there. But how many Lip Kits are even in a restock? Well, let's just say that there were more users on her site than products available. If you're looking for the right time to buy, it's as soon as the restock opens. Because sometimes an impulse purchase is the only way to do it.

When the Lip Kits first came out, I thought its speedy sellout was because of the hype surrounding them. Five shades and six restocks later, these liquid lipsticks are still flying off the virtual shelves. Could the quick sell be because not many are available at one time? There's no word on the exact number of Lip Kits sold so far, but from the looks of Jenner's behind the scenes of Kylie Cosmetics snapchats, she tries her hardest to get as many out as possible.

One thing is for sure though. There are about 200,000 people on the Kylie Cosmetics site during most of her Lip Kit launches, and not everyone is able to get one. That means that there's probably only a few thousand sold at one time. Either way, preparing yourself for a Lip Kit launch is like getting ready for the Hunger Games.

I'm no expert, but I'm assuming the major issue with the Lip Kits have to do with the actual site. Because so many people are trying to get on all at the same time, it's more a matter of avoiding technical difficulties than how much product there is actually available. During Monday's launch, Jenner took to snapchat to update her fans about the problems. Not only did she crash the site, but she broke Google too. That's some serious Lip Kit damage.

While some people seem to be able to virtually shop their Lip Kits with no problems at all, others are left with error messages when they try and purchase. There's no easy answer to why this is, but it's clear that Jenner is doing her best to get more out as soon as she possibly can. She's constantly reassuring her fans on social media that there will be more on the way, and so far she hasn't been slowing down when it comes to color or restocks.

Regardless of how many hundreds of products are in each restock, you'll still need a little luck to get you through the process. Happy Lip Kit hunting, and may the odds of technical difficulties be ever in your favor.

More like this
15 Vegan Makeup Brands To Shop For Cruelty-Free Glam
By Audrey Noble
The 13 Best Cream Makeup Palettes, According To Experts
By Audrey Noble
This Week’s New Makeup Releases & More Beauty Headlines
By Audrey Noble and Erin Stovall
Caliray's New Surfproof Setting Spray Is The Ultimate Skin Refresher
By Olivia Rose Rushing
Get Even More From Bustle — Sign Up For The Newsletter
From hair trends to relationship advice, our daily newsletter has everything you need to sound like a person who’s on TikTok, even if you aren’t.