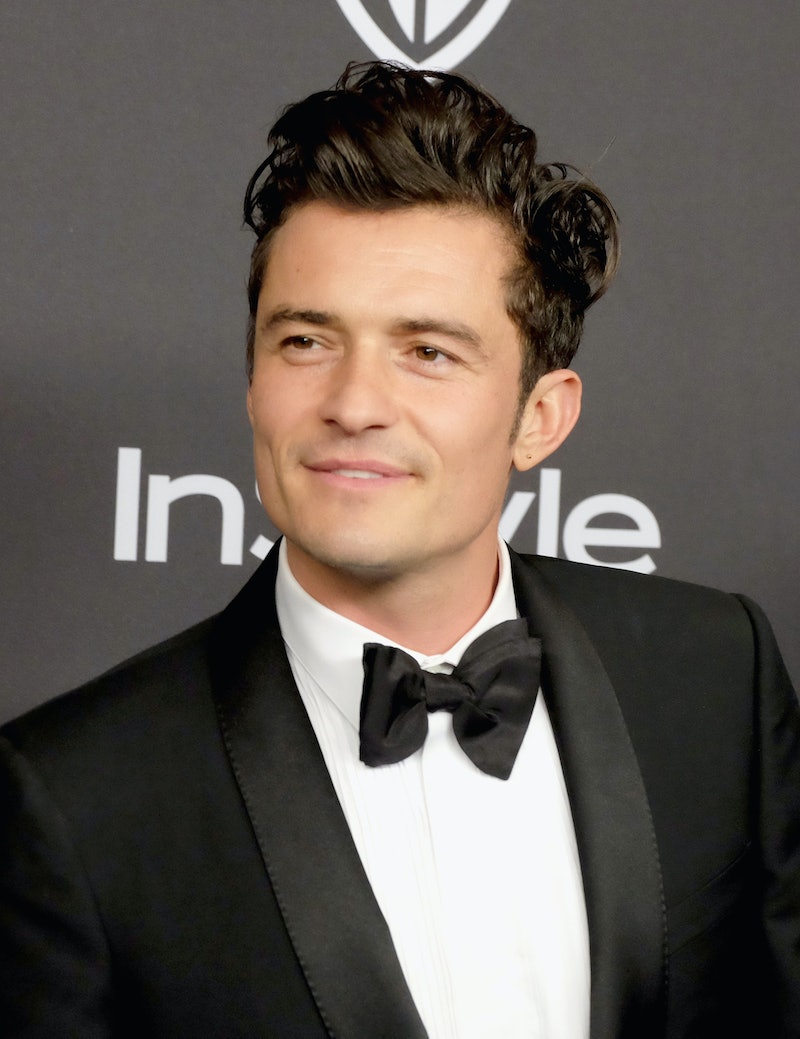 One of Hollywood's budding romances seems to be blossoming faster and faster. Although Katy Perry and Orlando Bloom still haven't officially commented on the status of their relationship, their actions show that something very good is happening between them and it seems to be happening pretty fast. This past weekend, Perry and Bloom were spotted on a Disneyland date, and a source told E!, "They were like little kids... They were holding hands and Orlando sneaked a kiss on one ride. They looked happy and in love." Since everything looks to be going smoothly, I wonder when Perry and Bloom starting dating in the first place?

The singer and actor were first spotted at a Golden Globes after-party on Jan. 11, where, according to E! News, they were intensely flirting and danced together to Justin Timberlake's "Rock Your Body. Well, that sound like meet-cute goals! About three days after that Globes event, the two were spotted together at the Stella McCartney presentation in Los Angeles. They were reported by E! to only have chatted briefly, but this is probably around the time they started "dating," because on Jan. 22, E! also reported that the two had already planned another date, to watch a play, The Absolute Brightness of Leonard Pelkey.

Based on evidence and photographs, I would guess that Perry and Bloom made things official by early February, and I like to imagine that they celebrated an adorable first Valentine's Day together. By the last weekend in February, the lovebirds were on a romantic holiday in Hawaii and showing some PDA. Entertainment Tonight reported that Perry was in the tropical locale on Feb. 24 for a private show at a resort in Maui, and Bloom joined her. A source told ET, "They looked very loved up and really into each other... They were comfortable letting everyone see them as a couple — lots of PDA and hand-holding."

Now, on the cusp of April, Bloom and Perry have been seen together since mid-January and they don't show any signs of stopping soon. After some beach PDA and dates for political fundraisers, these two definitely seem to have a lot in common, and I think they're adorable, so good luck to them! They may only have been dating for about two full months, but who says there's a timeline when it comes to falling in love?

More like this
Twitter Has Very Mixed Feelings About The New 'American Idol' Winner
By Jake Viswanath
Kelly Osbourne Found Love In Her Best Friend & Now They're Expecting
By Vivian Iroanya and Rachel Mantock
This TikToker Has Genius Advice For Boosting Your Dating Confidence
By Lexi Inks
Are Gemini & Capricorn Compatible In A Relationship?
By Kristine Fellizar
Get Even More From Bustle — Sign Up For The Newsletter