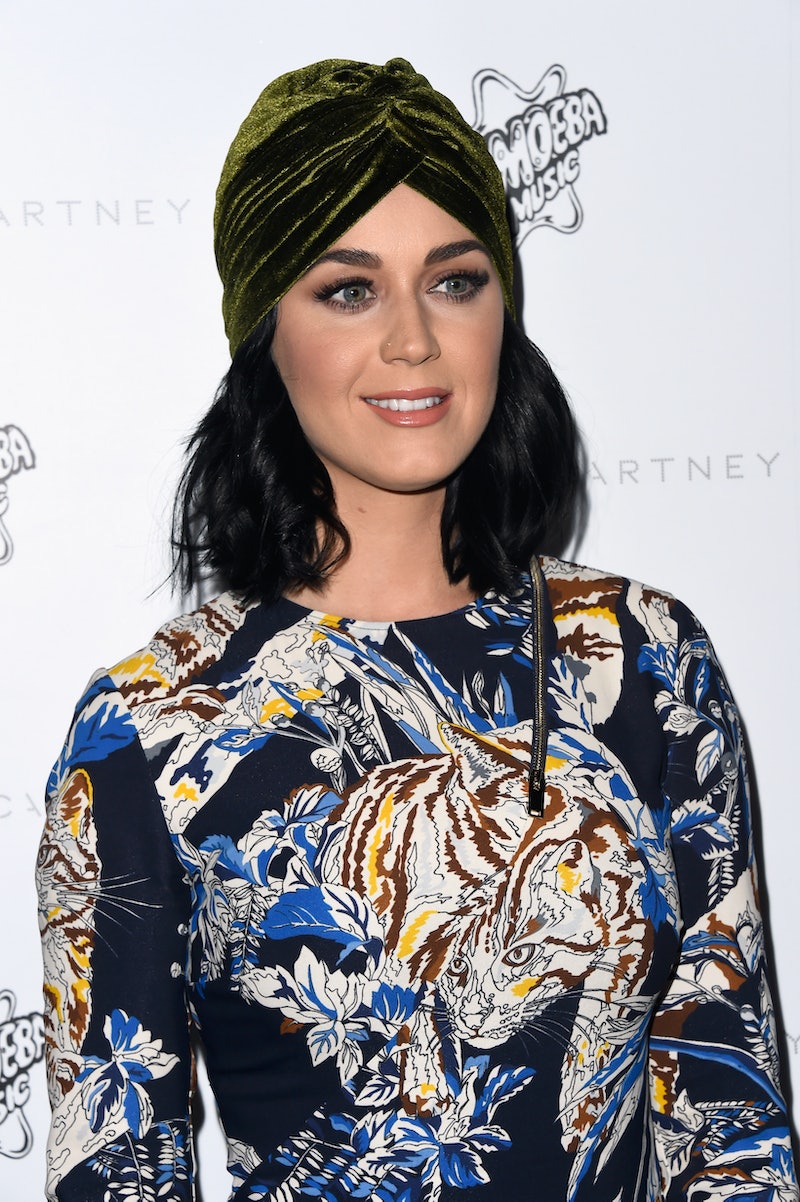 By now, it's common knowledge that one of presidential hopeful Hillary Clinton's campaign slogans is #ImWithHer. But the phrase seemingly took on a whole new meaning, after Orlando Bloom supported Katy Perry's performance at a Clinton fundraiser on Wednesday night. In other words, he essentially was letting the whole world know he's with the "Firework" singer. E! News confirmed that the pair is officially dating. Considering speculation has been going on ever since they were flirty at a Golden Globes after party, fans will be relieved to finally have an answer. The two recently vacationed together in Hawaii and sparked even more romance rumors.

As for the campaign fundraiser, the entire Clinton family — Hillary, Bill, and Chelsea — all attended the event at Radio City Music Hall. Perry closed the show by singing "Roar," "California Gurls," and other hits. Elton John and Andra Day also performed, while Jamie Foxx and Julianne Moore made guest appearances.

Getting into the spirit, Perry shared a photo on Instagram wearing a t-shirt that said, "Hillary Clinton is a badass." It's reminiscent of when Kendall Jenner posted a picture in a Clinton tee designed by Marc Jacobs. What better way to express your political beliefs than a graphic tee? Plus, I'm a big fan of Perry's star-spangled pants.

In-between songs, Perry made her political beliefs just as clear as her t-shirt. According to Variety, she told the crowd, "I’m not voting for her because she’s a woman. I’m voting for her because she’s the right person for the job." She also dedicated her track "Unconditional" to Clinton, saying, "I believe that Hillary believes in unconditional love."

Speaking of love, it's unclear whether Bloom was there to support Perry, Clinton, or both. He hasn't been vocal about his 2016 views, especially compared to other celebs. (Like Miley Cyrus, who recently vowed to leave the country if Trump is actually elected.) However, back in 2008, the Lord of the Rings actor endorsed Barack Obama, so I'm taking that as a sign that he leans more toward the liberal side.

Either way, it's sweet he was there for his girlfriend. I totally ship Orlaty Perloom. (Although I really hope someone comes up with a better couple name than that!)

More like this
Matt Hancock Broke a Major Rule With I’m A Celeb
By El Hunt
Jodie Turner-Smith & Joshua Jackson's Relationship Timeline Includes Her Proposing
By Jake Viswanath
Adam Driver & Joanne Tucker’s Relationship Timeline Starts With Cheese
By Jordyn Tilchen
J.Lo Wants To Make A Sequel To This Movie With Ben Affleck
By Jake Viswanath
Get Even More From Bustle — Sign Up For The Newsletter