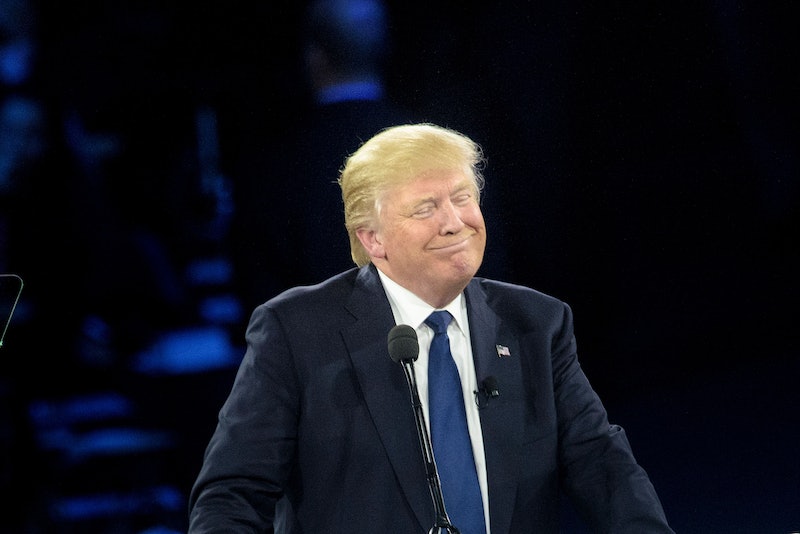 Mr. Lewandowski was issued a notice to appear and was given a court date. He was not arrested. Mr. Lewandowski is absolutely innocent of this charge. He will enter a plea of not guilty and looks forward to his day in court. He is completely confident that he will be exonerated.

The alleged altercation happened on March 8 during a rally in Jupiter, Florida. After leaving the event, Fields, who claims Lewandowski forcefully grabbed her arm, filed a police report. In an interview with Fox News' Megyn Kelly on March 12, Fields claimed the Trump team had lied about the incident, refusing to admit it happened:

Their statements continue to say there's no eyewitnesses, no pictures, no videos. They continue to lie ... This has to be, aside from my father's death, the worst experience that I've gone through. The hate that I’ve received, the email messages.

Fields said she didn't want to make it a "big deal" after a Trump spokeswoman allegedly promised she would receive an apology. She claimed, however, that she received no such apology, and the campaign went on to deny that the altercation happened. Lewandowski went so far as to call her "delusional" instead. During the same interview with Kelly, Katrina Pierson, Trump's spokeswoman, said she doesn't believe Lewandowski would act out physically, and instead speculated that another reporter grabbed Fields' arm. Trump, too, tweeted a defense of his campaign manager shortly after the news broke on Tuesday.

On Tuesday, the Jupiter police released a video that helped them come to a conclusion amidst the conflicting accounts. In the video, Fields is in a white suit and is seen walking next to Trump until she's pulled back.

Breitbart has since reported on the story, but has avoided taking sides since the surveillance footage was released. The alleged arm-grabbing is just one small facet of this unfortunately broader scenario. Physical confrontation with journalists is never acceptable, but Trump's camp seems to think they can play by a different set of rules.

The GOP frontrunner walks a fine line between inciting society's ugliness — racism, sexism, violence — and outright supporting them. He doesn't regret that torture methods such as waterboarding might occasionally be necessary; he proudly declares that he's going to bring back "much worse." He doesn't immediately decline KKK member David Duke's endorsement; he tiptoes around it and claims to not know who Duke is. He doesn't endorse peace or violence at his famously rowdy rallies; he just accepts whatever happens.

The ease with which Lewandowski unprofessionally called Fields "delusional" for speaking up about an incident — whether her claim was true or false — is an indicator of Trump's ideology that he's above the law, above human decency, above exercising basic respect for others, and justified in manifesting America's "anger" in all of the wrong ways.