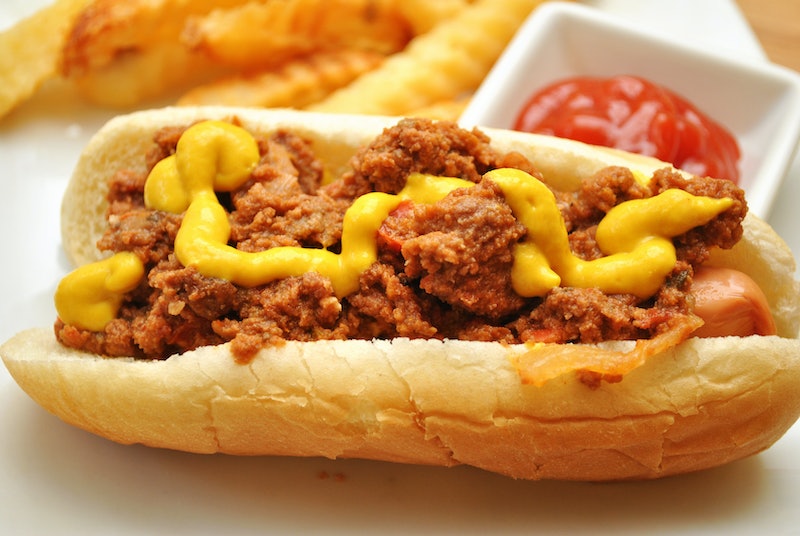 I spent the first 23-ish years of my life in Michigan, and it wasn't until I moved to Las Vegas that I realized how many phrases and words only people from the Midwest understand. Every now and then, I'll be talking to a buddy, only to see them get this confused look on their face — and I always think, "Oh, I must be speaking Michigan again." Even after about four years in Sin City, I still haven't lost all of my Midwestern ways; some things are just too engrained to shake, and besides, I honestly wouldn't want to shake them, anyway. Part of me gets a little warm and tingly when a fellow Las Vegan looks at me through squinted eyes and asks, "Where are you from?"

Our country is indeed a beautiful melting pot, and it's fascinating to see how different language is in various parts of the United States — from the words we speak to our sometimes subtly (and sometimes not so subtly) different accents. Midwesterners are known to talk through their noses, something I've been told I've lost a bit over the years. Still, though: You can take the person out of the Midwest, but you can't take the Midwest out of the person. For real.

In fact, I feel like the surrounding regions are missing out a bit on some of the Midwest's adorable habits... but don't worry. I'm looking out for you. Now you can add these eight Midwestern-isms to your vocabulary, no matter where you're from.

This one gives me cramps. As a Vegas local, I trigger the same exact response from everyone, every single time I use the word "pop": "LOLOMG! You mean soda?" No. I mean pop.

For the love of all that is holy, don't give it to your dog. We Midwesterners know puppy chow to be the heavenly creation of Chex cereal covered in melted peanut butter, melted chocolate, and powdered sugar.

Coney Islands are like Starbucks where I'm from. They're everywhere. Although a "Coney dog" could mean a number of things, many will agree that the traditional dog is smothered with chili, mustard, and onion. Side note: We all have bad breath. (Kidding.)

It kind of sounds inappropriate, but I promise it's magical. Many of you might recognize Cornhole as a kind of bean bag toss, where you have to throw the bag into a platform with a hole in it.

In the midwest, Padiddle is a great way to make some poor loser get naked in your car. If you're driving and see a car with a missing headlight, you have to scream "Padiddle!" and touch your hand to the roof of the car. The last person to do so has to remove an item of clothing.

I thought everyone was as obsessed with the Polish doughnut as much as we are in the midwest, but apparently I was wrong. The Fat Tuesday favorite, commonly pronounced "ponch-key" (please, please, not "pahk-zee"), is typically filled with jelly or some other kind of sweet, creamy deliciousness. P.S. "Paczki" is already plural!

I couldn't resist throwing this in: "Authentic" (not really) Greek food. You go to Olga's Kitchen for the snackers alone — cooked/baked/whatever slices of pita bread served with a soft cheeseball on the side. Omg, get me snackers now.

This one's just for funsies, because in the Midwest, any weather above 40 degrees is deemed appropriate for shorts and flip flops.