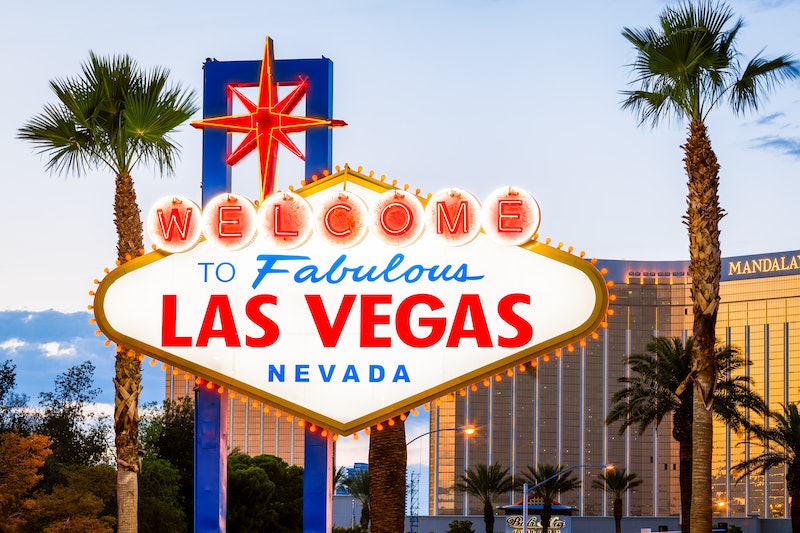 I moved to Las Vegas from Michigan a little over four years ago, and it was one of the best decisions I've ever made. After the time that has passed, I now consider myself a local, and I've come to learn all the things that only people who live in Las Vegas will understand. It's an interesting city, without question, and one that you really have to get used to. In fact, I wasn't a huge fan when I first moved here; but learning to get along with Las Vegas was like any relationship: It took work. You have to find the good and learn how to deal with the bad.

I've met some incredibly colorful characters since moving here, largely thanks to a couple years spent performing in the entertainment world. I can confirm that some of the Sin City stereotypes you hear are at least partly true, namely the one that says that if you let, Vegas will chew you up and spit you out. This is not a city for the faint of heart; you need a thick skin and a stiff upper lip. But if you give it the chance, Vegas can really win you over.

What can you expect if you make the move to Vegas, like I did? Here are some things that all locals can relate to.

This is the desert. We don't see much precipitation. A single drop of rain falls, and suddenly everyone forgets how to drive. "OMG WATER. WHAT DO I DO?"

2. There Are Slot Machines Everywhere

3. You Hardly Ever Party In Da Club

Locals will often tell you that they rarely go to the Strip. Why? Because it's full of drunk tourists and it smells like feet.

4. No, We're Not All Strippers — And It Wouldn't Matter If We Were

Yes, I live in Vegas. No, I'm not a stripper. Do I know strippers? Sure. Is there anything wrong with stripping? No. Also, I don't have a drinking problem — because I know you were wondering.

5. The Best Part Of Vegas Tourism Is People-Watching

If we go to the club or the casino, it's not always to party. It's to watch other people partying, because believe me: It's incredibly entertaining.

6. There Are Very Few Natives

Vegas is an incredibly transient city. People come and go on a daily basis. This city also serves as an escape for people like me, who grew up somewhere very... not Vegas.

7. You Can Make Six Figures A Year Serving Drinks

You don't need a college degree to have a lucrative career. In a city that thrives off the service industry, cocktail servers and bartenders here have beautiful homes, luxurious cars, and the means to travel the world. Are they all loaded? Definitely not. But some are certainly doing very well.

A lot of people. This isn't a vacation for us. This is home. Life. We pay taxes, we work hard, and we put our pants on one leg at a time, just like everyone else.

9. The City Is Always Under Construction

There's always a new hotel being built, a casino being renovated, or a restaurant being expanded. Vegas is a city of constant change; that's one of the things that makes it so alluring.

10. People Will Do Many Things For Money

Vegas locals will go to extremes to make an extra buck.

As I said, Las Vegas largely runs on the service industry. Don't be cheap with your waitress or bartender. Working here is not easy, and everyone has bills to pay. Service industry folk often depend on tips, so don't be Mr. Pink.

12. There Is So Much More To Nevada Than Sin City

There are gorgeous mountains, hiking, helicopter tours, skydiving, and even snowboarding! The Strip isn't the only thing we have to offer. Not even close. My BF snapped this photo from our trip to Mount Charleston. Pictures will never do it justice.

As fabulous as this movie was, it was not a documentary. Take it with a grain of salt.

Head downtown to Fremont Street and you venture into a land of really cheap booze, an incredible ceiling light show, amazing live music, and locals from a totally different walk of life. Old Vegas is nothing like the other end of the Strip.

14. In The Dead Of Summer, You Can't Go Outside

The air is literally too hot to breathe. You'll die.

15. But We Still Have A Winter

And it actually gets pretty cold. Not cold like in Michigan, but cold.

16. You Can Carry A Drink Anywhere

You can get a drink in a casino and leave the building with it. In fact, locals won't bat an eye at someone drinking out in the open, in broad daylight. Just don't act like a moron and no one will bother you.

17. This Is A City Full Of Opportunities

Want a nine to five desk job? We've got it. Want to dress in crazy make-up and perform for thousands of people every week? We have those jobs too. I've done it, and it's a rush.