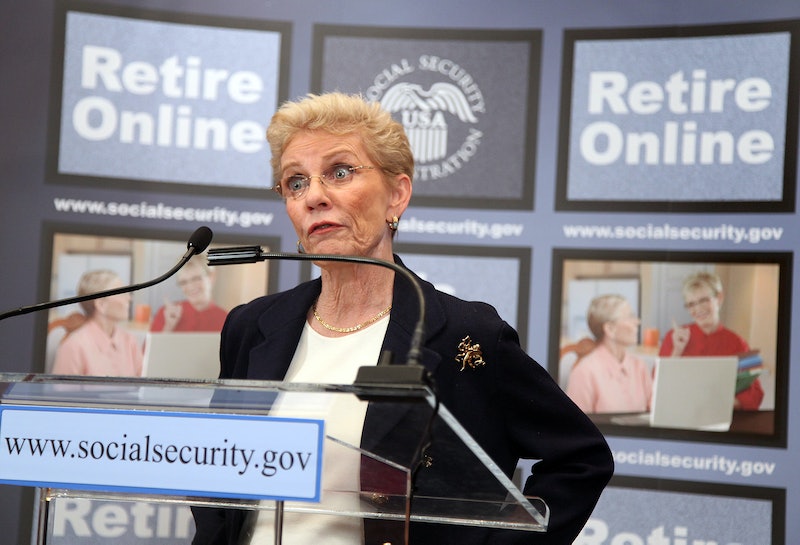 She won the 1962 best supporting actress Oscar for The Miracle Worker, she was the adorable teeny-bopper face (and name) behind the Patty Duke Show, and if you watched Valley of the Dolls as much as I do, she was Neely O’Hara. The entertainment world dimmed when it was confirmed Patty Duke has died at the age of 69, leaving behind a remarkable (and remarkably long) career. But it may shock you to find out that the actor was more than just tiny cinematic powerhouse: a 1989 20/20 interview with Duke discusses her struggles with mental illness, showcasing that Duke was a survivor and a crusader.

The segment, which is introduced by Barbara Walters and conducted by Hugh Downs, is fittingly titled “Out of the Black Hole.” In it, a 43-year-old Duke talks about being diagnosed with bipolar disorder, painting a visceral picture of the ugly nature of the disease. Duke, who was diagnosed in 1982, was one of the first celebrities to come clean about her mental illness, and it’s beautiful to see Duke speak so openly and so candidly about the nature of manic-depression. Even today there all still all sorts of stigmas about mental illness, it's really inspiring to see Duke discuss her struggles so openly nearly 30 years ago, even with sensitive subject matter. Hearing her talk about the profound, debilitating sadness that comes with depressive episodes is enough to give you chills:

Whatever this thing is that takes over you, that says that you are worthless, that really the only answer is to kill yourself, is so much more powerful that that's... the calling you relate to.

It was a call Duke had almost answered on multiple occasions, having made several attempts at her life. At the time of the interview, it was clear she was still reconciling with it. In spite of it all, Duke got out of her hole and thrived. She became an advocate for mental illness awareness, eventually writing two books on her experiences (her autobiography and Brilliant Madness: Living with Manic Depressive Illness). It wasn’t simply just a personal mission, though, Duke also lobbied to Congress and joining up with various charities in order to raise awareness and fund research for mental illnesses.

I have to say, watching this interview does strike something within me: in my incessant Valley of the Dolls rewatches, I was always captivated by Duke’s portrayal of Neely. Miss O’Hara was a mega-watt talent with a pill addiction, battling with her own personal demons and even briefly undergoing a stint in a mental institution... yet always amazingly persevering. It’s amazing to now know that Duke was just as much of a survivor, even decidedly more-so.

Watch the two part interview below to see the brave and eloquent Duke shine, in spite of the challenges she faced: