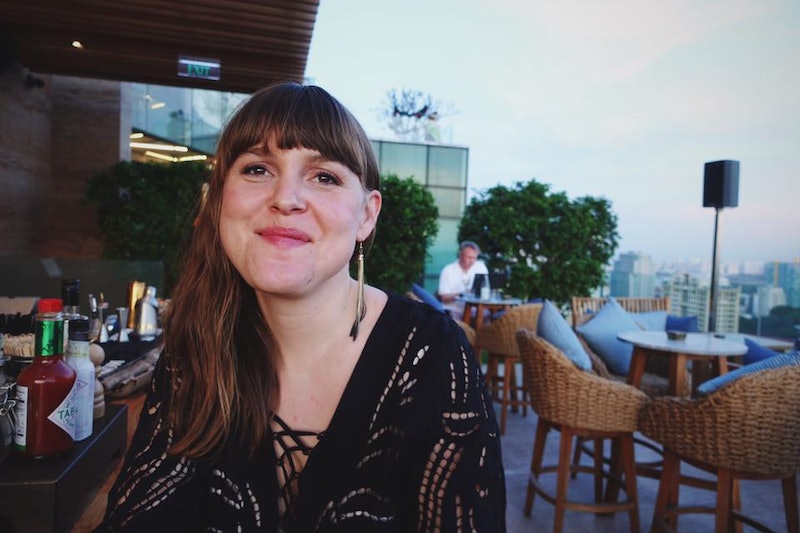 I’m just going to come right out and say it up front: I love ovulating. I mean, it's seriously awesome. I’ve come to look forward to that mid-cycle boost even more than I dread the lag that comes just before my period. The first sign that I’m entering that lovely, lovely week before ovulation is usually that my skin looks awesome, followed by a period of extreme horniness. (Seriously: I turn into a sex monster. It’s great.)

Before I expound further on why I love ovulating so much, let’s talk about what ovulation is. (Because let’s be real: You probably weren’t taught this in health class and even you were, that was a while ago.) Ovulation happens midway through the menstrual cycle, when the egg is discharged from the ovary, travels down the fallopian tube, and may meet sperm and make a fetus.

The actual point of ovulation is the end of the fertile period, which starts about a week after the first day of your period, but for the sake of brevity, I’m going to go with common usage of the term “ovulation” to cover the whole fertile period. It typically happens between days 11 and 21 of the menstrual cycle and — just like the more famous part of the menstrual cycle, the period — is accompanied by a hormone spike. But unlike period hormones, ovulation hormones make me feel ace.

Weirdly, ovulation isn’t something people usually talk about, unless they’re trying to get pregnant and are therefore tracking their cycle closely. It’s crazy to me that I had no idea how great ovulation was because no one ever mentioned it and I was on hormonal birth control for a decade and therefore not ovulating.

In fact, one of the reasons I went off of hormonal birth control in my mid '20s — even though it was super effective and didn’t have any noticeable bad side effects — was because I’d heard that it was curious about what my natural cycle felt like. Best. Decision. Ever.

So what specifically is so great about ovulation? Here are six reasons I love ovulating.

1. I Have More Energy

I’m not exaggerating when I say that I dance around the house when I’m ovulating. Whereas my period makes me feel slow and sluggish, during ovulation my body just feels good. I exercise more consistently and don’t feel like I’m dragging to get through the day.

In a related benefit, I find that my best writing comes from when I’m ovulating. The words just flow more easily and abundantly than they do during any other time of the month. I also find that I’m more inclined to start other creative projects, like sewing or some kind of visual art.

3. My Skin And Body Look And Feel GREAT

Lately my body has been getting very bloated during my period, like to the point where my boobs go up at least a cup size. It’s uncomfortable and none of my clothes fit and I hate it. However, when I’m ovulating, my skin not only clears up but actually glows and my body is at its normal size.

4. My Sex Drive Is Intense

5. It’s A Nice Balance For My Period

My periods are pretty rough, in terms of mood and physical discomfort. (And worse since I was diagnosed with an ovarian cyst.) However, one of the reasons I won’t go back on hormonal birth control as a way to make my periods feel better is the fact that I’d also have to stop ovulating. And that, my friends, is just not an option.

6. My Vagina Gets Longer

Fun fact: If you have a vagina and ovulate, your cervix moves up higher and becomes softer during your fertile period. Why is that a bonus, you ask? Let’s just say it makes more, ahem, vigorous, sexual activities possible.