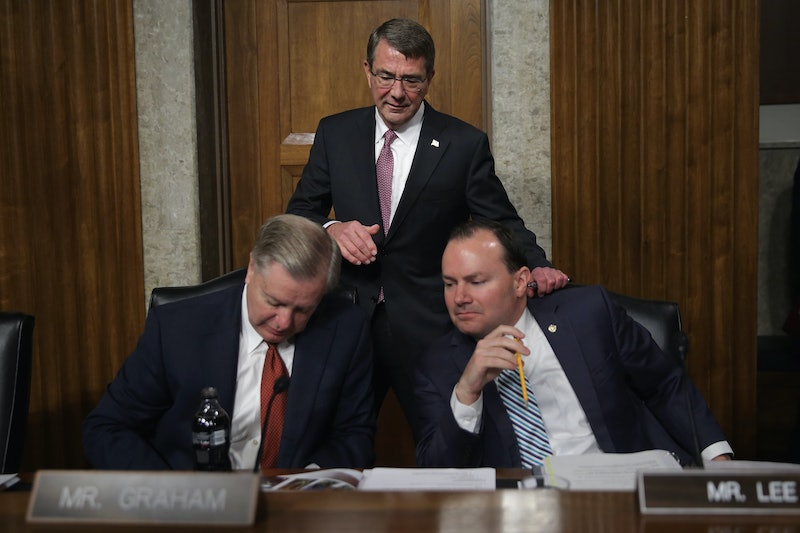 Following the death of Supreme Court Justice Antonin Scalia, President Barack Obama nominated Merrick Garland to take his place, and the GOP majority in the Senate was outraged. Though the situation has evolved from a hard-lined disapproval into a willingness among a quarter of Senate Republicans to at least hold meetings with Garland, the initial refusal to even consider speaking to him shed light on the ugly side of a two-party system that's becoming more divided. The confirmation deadlock could be mistaken for just another of 2016's political anomalies. However, the Senate has shot down SCOTUS nominations throughout history. In most cases, these incidents occurred during a president's last year in office.

Garland is Obama's third Supreme Court nomination. Previously, he has successfully nominated two liberal-leaning Justices, Sonia Sotomayor and Elena Kagan, who each won a large majority of the Senate vote when the upper chamber was majority Democrat. That changed in November 2014, after Republicans won a majority in the Senate for the first time since 2006. Since then, the American government has found itself deadlocked between a conservative Senate and a liberal president.

Like Obama, John Quincy Adams had a difficult time nominating a new justice during his last year in office, way back in 1828. After Andrew Jackson won the general election, Adams nominated John Crittenden a month before the new president was to take office. The Senate retaliated by postponing the vote until Jackson moved into the White House, and he successfully nominated an alternate candidate. With nearly nine months left in office, Obama has a better chance at successfully nominating someone by the time he's on his way out, but it's not guaranteed. Sometimes, even nine months isn't an adequate amount of time to fill vacant seats.

During the 1840s, John Tyler had perhaps the toughest time finding middle ground with the Senate, which rejected nine of his Supreme Court nominations. Finding a replacement for Justice Henry Baldwin, who died in 1844, took nearly three years, reminding America that the current situation could be much worse. Throughout history, America has witnessed a negative correlation between the time it takes appoint a justice and the chance that the appointee is successfully vetted and agreed upon by the Senate. Lyndon B. Johnson had this figured out by the time the 1960s rolled around. In an effort to successfully appoint his advisor Abe Fortas to the Supreme Court, Johnson advised an aide to move the process along before the GOP senate minority leader withdrew his support:

Just take my word for it. If they get this thing drug out very long, we’re going to get beat.

His prediction came true. Senator Robert Griffin filibustered the court's decision and successfully put off the process until Richard Nixon took office in January 1969. Obama's certainly keeping LBJ's mistakes in mind as the Senate decides to soften up just a tinge. However, lightening up on the opposition might be a part of the GOP's scheme to lengthen the process until a new president is elected. Partisan politics are tricky like that. Former McCain strategist Steve Schmidt suggested to NBC that the GOP senate would be smarter to "derail it slowly over time" rather than completely oppose Garland before negotiations even begin. Based on Johnson's experience, Schmidt might be on to something.