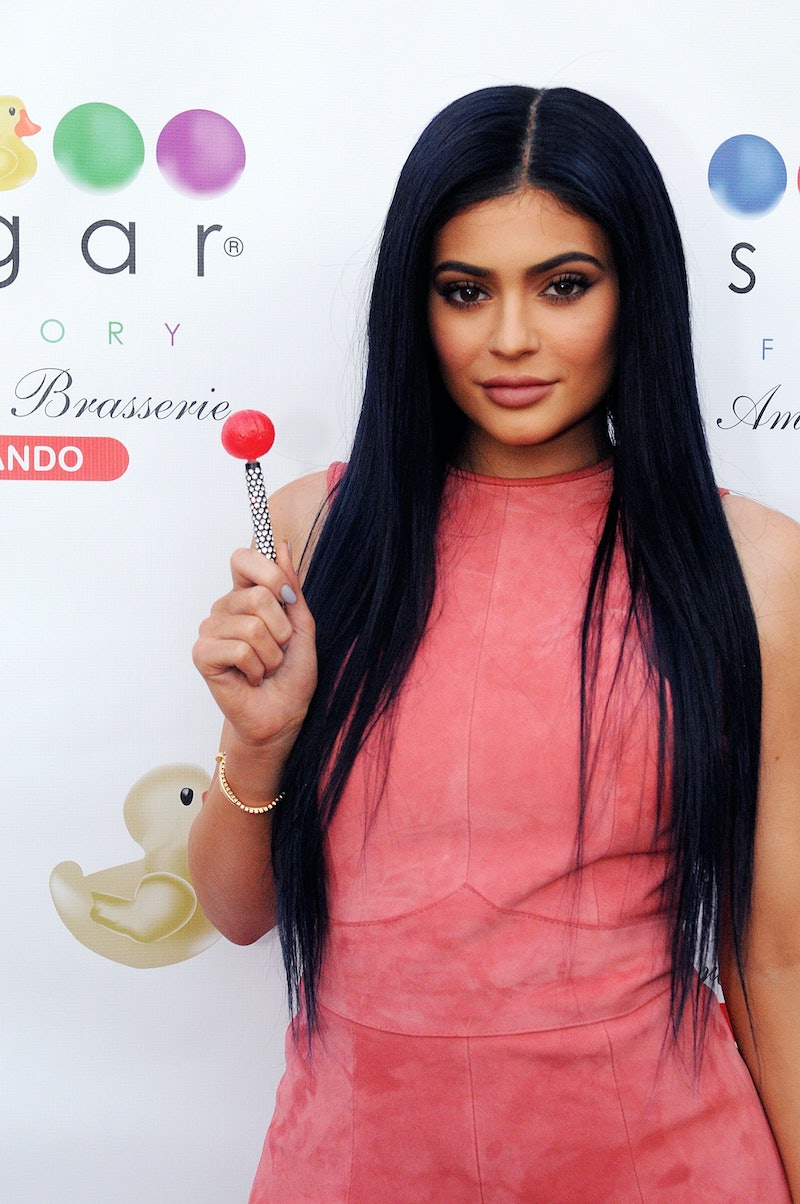 Ever since Kyle Jenner's Lip Kits first launched, people have been asking if they're worth buying. Considering they sell out in just minutes every single time, I have mainly relied on social media testimonials to find out. It's clear to see that the color selection is gorgeous, but wearability is what matters the most when it comes to liquid lipsticks. How long do the Lip Kits last? According to Twitter, they stay all day long — even in the shower.

Fans were instantly obsessed with getting their hands on Jenner's product when the Lip Kits first launched, even without knowing how well they would actually perform. Now that people have started weighing in on social media about how the Lip Kits last over ten hours, the product is getting even more popular. Multiple restocks and eight colors later, some people still aren't able to get their hands on a shade and try it for themselves, which means Jenner must be doing something right.

According to the testimonials, Jenner's liquid lipsticks are some of the best on the market. There's a really good reason why they sell out so fast, and it's because of how long they last. Jenner even retweets some of the tweets about her product, like a proud beauty momma. People are amazed by the long-wearing formula, and some even say that it stays on in the shower. That's pretty insane if you ask me.

Now that there are so many colors and people have actually had a chance to try the Lip Kits out, plenty of makeup lovers are raving about how long they last. The Kylie Cosmetics site hasn't mentioned how long the lipsticks are designed to stay on, so this is all the information we have to go on.

Half a day in a Kylie Lip Kit doesn't sound too bad to me.

Watch the Instagram video and prepare to be amazed.

People are loving that you only need one layer.

You heard the girl! Thanks, Kylie!

Even beginners can do it.

It's not just the best, it's THE BEST.

Plus the liner's just as good as the lipstick.