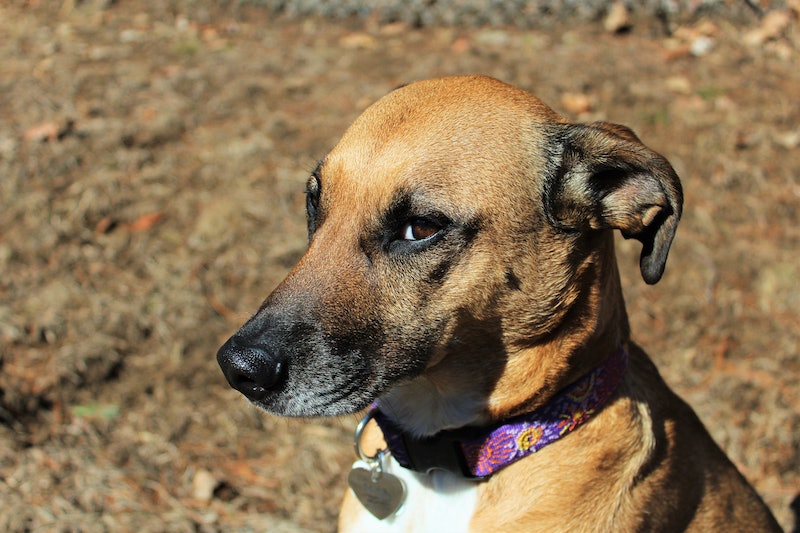 Fed up with owners neglecting to clean up after their dogs, one Chicago apartment building has gone to great lengths to clean up the streets. In order to bring down the “poopetrators” The Luxe, a 102-unit rental apartment building, has instituted dog poop DNA testing and created a DNA database of resident Fidos. The management company of the pet-friendly building informed renters that they had till January 31 to get their precious pooch’s cheek swabbed.

The Chicago Tribune reports that the management company, Greystar, after receiving numerous complaints of poo left unscooped around the premises, sent a letter to its residents stating, "We try to manage this problem as best we can; however, as this issue has continued to affect our community, we are now forced to implement the Pet DNA program." While this may seem like something out of 1984 or a particularly bad science fiction movie — in this brave new world we will never again have to wonder whose leavings are to blame for marring those brand new loafers.

In order to obtain results of which dog did the deed, the animal waste must be collected and mailed to a lab in Tennessee for in-house testing. Imagine sticking a stamp on that unpleasant package!

The DNA test solely matches the problematic poo to the saliva in the database, and does not reveal the gender or breed of the dog. The company, PooPrints, maintains that all data is kept private and secure. They have been around since 2008 and are part of BioPet Vet Laboratories. In 2011, a Long Island, NY apartment complex was one of the first to entrust BioPet Vet Lab with its dog waste identification, and caused quite a stir.

The website boasts that “properties report up to a 95 percent reduction in waste.” PooPrints has clients in 48 states across the US, caring for upwards of 2,000 properties says BioPet sales manager Ernie Jones. Once a sample registers as positive for a dog on the database, The Luxe says they will hold the culprit responsible. The $100 testing fee is passed on to the violator, as well as fines of $250 for the first transgression and $350 for repeat offenders. Multiple offenses may even result in eviction, ensuring that pet-owners never leave the house again without a baggie.

Residents of The Luxe support the Pet DNA program, and are pleased that miscreants who abandon their excrement will finally be brought to justice. The Chicago Tribune reports that one building resident said, "You shouldn't have a dog if you don't intend to pick up after it... I don't want to step in poop." It is clear that people have warmed up to this CSI approach to street maintenance.

However, at the time of filing, no dogs had responded for requests for interviews.