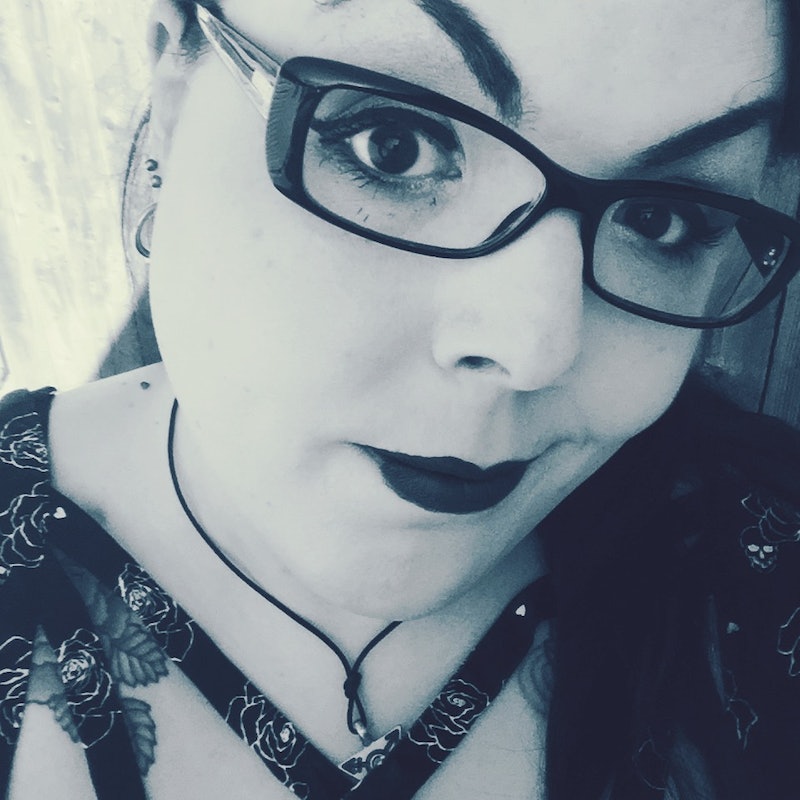 On Thursday, the transgender community celebrated its seventh annual Transgender Day of Visibility. TDoV was founded by Michigan trans activists to serve as more celebratory counterpoint to the November's somber Transgender Day of Remembrance. In the years since its inception, it has grown from a local gathering to an world-wide event. Unfortunately, this year's festivities are shadowed by the realities the trans community currently faces, with increasing backlash from Republican lawmakers, which appear to be stoked, in part, by the recent strong rise in the visibility and awareness of trans people. With nearly half of states considering some kind of anti-trans legislation and the continued rising tide of violence against trans women of color, it's looking more and more like visibility is a double-edged sword for trans people. I (and many other trans people) feel less safe now than just a few years ago.

When I attended my first Transgender Day of Visibility event five years ago in Michigan, it was one of the first times I saw a large group of trans people all in one space. I was shy, newly-out trans girl who had largely been isolated from the wider trans community. The boldness of so many people being out, being themselves, being visible was an incredible inspiration to a girl who was still two years away from taking her first dose of estrogen.

At that point, transgender topics were still largely shied away from in mainstream media. Folks like Laura Jane Grace and Laverne Cox had not yet made big media noise. Caitlyn Jenner was still four years away from her famous Diane Sawyer interview. Trans rights were mostly being quietly ignored instead of outright attacked, since the larger focus was clearly on marriage equality. The invisibility of the trans community had been something that had made coming to grips with my own struggles with gender far more difficult. I still talk a lot about how meeting even one other trans woman when I was in my early 20s would have changed my life. As well, I had seen how much the visibility of lesbian, gay, and bisexual people had done to increase their acceptance. I remember thinking to myself "Gosh, if we could just make people realize that we're just as much as part of their world as gay people, maybe things would get better."

The invisibility of the trans community had been something that had made coming to grips with my own struggles with gender far more difficult. Meeting even one other trans woman when I was in my early 20s would have changed my life.

Obviously, a lot has changed in the last half-decade. We'd be hard pressed to say that the trans community is suffering from a problem of invisibility. Instead, now that the world has woken up to our existence, it almost feels as if we're too visible. We've gone from vague curiosity to the conservatives' in-vogue fear of the week. Situations like the new virulently hateful anti-trans bill just signed in North Carolina, the similar bills recently vetoed in numerous other states, and the ugly pushback against protections for transgender students in Michigan make it clear that being visible has placed trans people squarely in the crosshairs of the Republican politicians looking to use fear and misinformation about trans people to build their conservative clout. We're living with a giant target on our backs.

Last year, I wrote a deeply personal essay about why I choose to live as an out a visible trans woman, namely because I hope that I can smooth the path for other trans people who will follow behind me. While I still stand behind every word I wrote, I'm finding increasingly difficult to feel comfortable asking or inviting others to be visible as well, especially vulnerable young and newly-out people. One of the things that young trans folks I speak with most often want to hear is that things are going to be OK after they transition, that things are going to get better. Over the last 12 months, it's gotten much, much harder to give them that reassurance. The terrifying reality is that for many, life outside the closet is not much less dangerous than staying in it.

In some ways, our focus on visibility might actually be killing members of our community.

While cis-passing folks like myself at least have the choice about whether to live openly as trans people or to go stealth, a great number of trans people have little choice about their visibility. Being cis-appearing is largely an accident of genetics, chance, and social privilege. For those for whom these factors do not come together, the hypervisibility we're experiencing combined with the rabid fear of trans folks that conservatives have instilled in people places them at high risk of harassment, discrimination, and violence. After all, it remains perfectly legal to discriminate against trans people in the majority of the U.S. These dangers are amplified for trans people of color, particularly trans women of color, who are facing terrifying, unprecedented levels of violence and the worst rates of discrimination and poverty within the trans community. In some ways, our focus on visibility might actually be killing members of our community.

The truth of the matter is, increased visibility without any true agency and influence has turned trans people into little more than a spectacle for cisgender people, whether for entertainment or political scheming. It worked for the gay community because they were already occupying the necessary places in media, and had the financial capital to make that visibility work for them. While trans people are appearing on TV, and trans characters are appearing on screens big and small, we're rarely the ones in control of the message. We're not controlling the interviews, we're not writing the screenplays, and we're not directing the TV shows. Quite simply, we have so little access to political, economic, and social influence. it's become nearly impossible for us to leverage our new-found spotlight to our advantage in the ways that the gay and lesbian community did in the 90s and 00s. We're seen, but not accepted. We're noticed, but we're not humanized.

At this point, I think it's time for trans people to admit that visibility is something we need to support within our community, but that visibility alone as a political movement is failing us, at least in the large scale. Certainly, we may be influencing our friends and neighbors, but simply being seen is not going to change the tide of public opinion about whether or not we should be allowed such basic things as being able to use a public restroom without risk of being arrested or assaulted, let alone protected from employment discrimination or provided trans-inclusive healthcare. We need to be more than just seen, we need to be seen as human beings. We don't need to be visible; we need to be accepted, embraced, and included.

Events like Trans Day of Visibility are still vitally important to the health of our community. Trans people still desperately need to see other trans people leading, working, carrying on, creating, and above all, surviving. And for that reason, I'll continue to live just as out and visible as I have for the last few years. But, I've lost the naivety and idealism I had five years ago when I believed that visibility could be the magic bullet for everything that ails the trans community. Let's keep being visible for each other, but let's also set our aim higher in our political ambitions. What we truly need is empowerment.