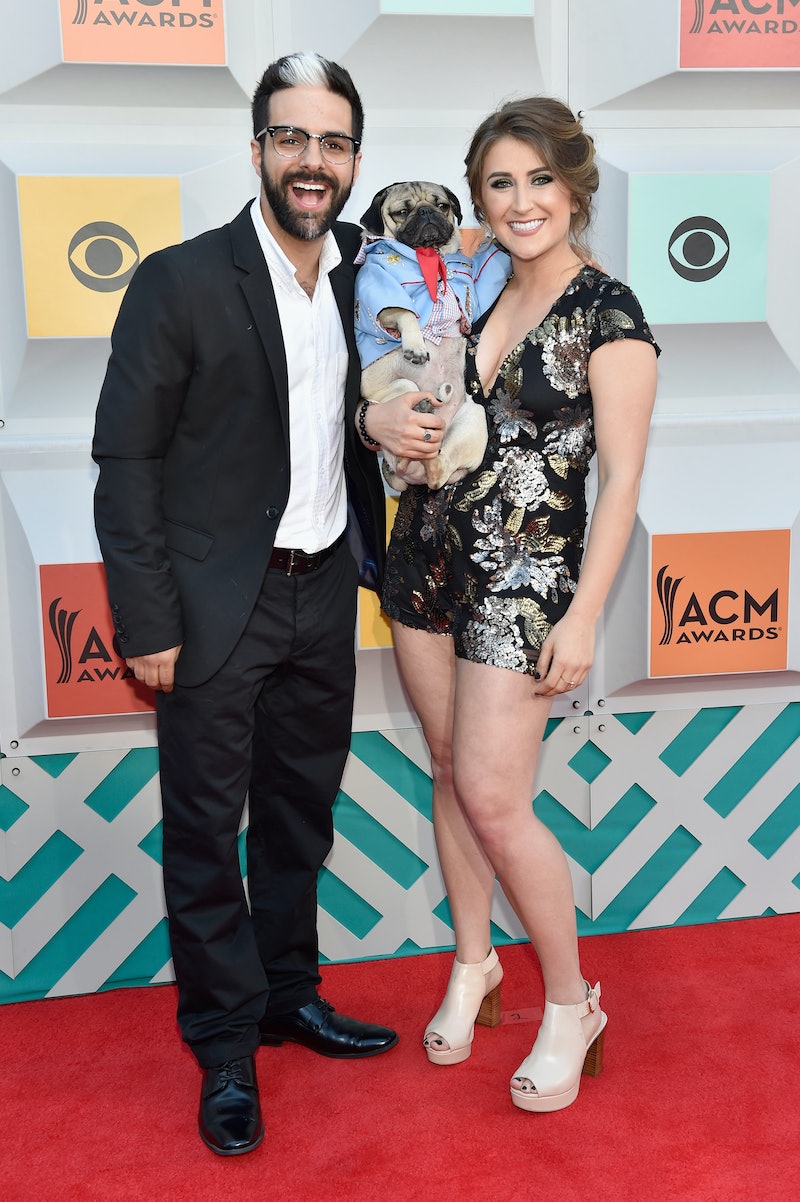 When I cover red carpet fashion, I'm usually writing about human celebrities. But there was a very special four-legged guest on the red carpet tonight who deserves some love for his eye-catching look. Doug The Pug at the 2016 American Country Music Awards totally stole the red carpet, rocking straight-up cowboy chic.

If you don't know, Doug The Pug is an Instagram-celebrity, with over 1.6 million followers on Instagram. He definitely doesn't sing, and probably can't play the guitar, but he is from Nashville, Tennessee, home of country music as we know it.

This hometown connection is probably why the Internet's favorite pug showed up at the ACM Awards at the MGM Grand Garden Arena in Las Vegas on April 3, alongside country music's biggest stars, from Dolly Parton to Kelsea Ballerini. And really, he wasn't that out of place. If anything, he was a little jaded by all of the celebrity and red carpet hubbub, as he wore a blue bedazzled jacket with a jaunty red bandana tied around his neck. On his tiny head was a little black cowboy hat with a sheriff's star on the front, because, honestly, can you think of anything cuter than a pug sheriff?

Doug The Pug is enough of a celebrity that even he was getting interviewed on the red carpet.

And country singers were lining up to take selfies with him, like Dustin Lynch.

Based on social media, Doug The Pug has been enjoying his time in Las Vegas, amid all of the events that were going around the ACM Awards. The pup was spotted wearing an equally adorable, Western-style outfit the night before actual ceremony, when he showed up onstage with Carrie Underwood with a different tiny black cowboy cap perched on his head.

Even if you don't consider yourself a fan of country music, you'll probably be able to appreciate this fashion-forward pug on the red carpet.