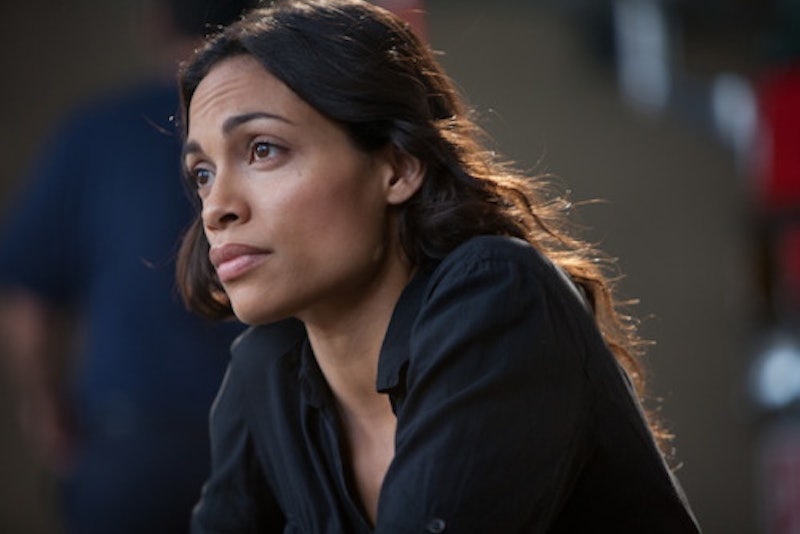 While supernatural characters like Black Widow and Wonder Woman often emerge from movies as fan favorites and receive more and more screen time in the process, superhero-centric films have typically stuck their women in supporting roles with the love-interest treatment. Their story arcs have become familiar: lots of heaving cleavage, dependence on men, "help me's" and "you're my only hope's." These female characters rely on their shiny, muscle-y, mask-wearing boyfriends to save the day, but in 2016, these narratives feel incredibly tired and problematic. Some progress is being made — I'm totally on board with the new Wonder Woman movie, for instance — but the lack of fully-developed depictions of female characters in superhero narratives is still a major issue.

And it's not just superhero women; "normal" female characters, too, don't get treated nearly as well as they should, despite often being the ones responsible for saving superhero men from disaster. These women may not have the powers of flight, x-ray vision, or time travel, but they rely on smarts, endurance, sacrifice, and compassion to kick butt and save men's lives. Here are eight times female characters without superpowers saved male superheroes from utter disaster.

While it's likely that Claire Temple will become the Night Nurse on Daredevil, she's already proven her hand at saving the day. Nurses are their own special form of superheroes, and Temple takes this to the next level. Played by Rosario Dawson on the Netflix web television series , Temple frequently saves the day through medical know-how and bravery. Her character began Season 1 in a savior role, as she was the ER nurse who saved Daredevil's life when he was found in a dumpster, and she's carrying this through into the second season by fighting against the brainwashing Hand.

In the Spider-Man comics series, Mary Jane Watson and Peter Parker finally get together and seal the deal in a frilly, white wedding. Peter later reveals his identity, tragically leading to one of Kingpin's snipers attacking his family, shooting and killing Aunt May. Peter blames himself for her death and falls into a pit of depression. Mephisto, a villain who rules over Hell, makes a deal with the Parkers saying that in exchange for Aunt May's return, they must give up their marriage and relationship, erasing their memories of one another. It's Mary Jane who agrees to the deal first and talks Peter into making this decision, thus saving Aunt May while giving up her own family.

1978's Superman is a campy classic, and it's Eve Teschamacher, Lex Luthor's girlfriend, who betrays her partner and helps Superman kick some bad guy tail. When she realizes that Luthor has a nuclear missile pointed at her hometown, she plays double-agent and slays her man.

4. Carrie Kelly Vs. The Joker

Carrie Kelley became the new Robin in an update of the Batman comics series, and the new series planted Kelley into the series permanently. As Robin, she helped Batman take on the Joker, channeling her energy and smarts to save the day.

While Kick-Ass is named after the comic book nerd at the heart of the film, Chloë Grace Moertz's turn as Hit Girl expands the possibilities for teenage girl narratives. She trains with her father to become an ass-kicking, DIY superhero who takes on a mob boss and avenges her mother's death.

While I've consciously uncoupled from most of Gwyneth Paltrow's movies, I do like her stuff with Marvel. In Iron Man 3, Potts accidentally lands superpowers of her own and even puts on the suit. While she was already a CEO and ran her own world, many wonder if Potts is the real superhero at the heart of this film.

7. Tailia Al Ghul Vs. Herself

While al Ghul committed to her villain-status in Christopher Nolan's The Dark Knight Rises, her comic book version frequently went back and forth between loving Batman, saving his life, and trying to murder him. Not exactly romantic, but definitely juicy.

It's totally cheating to pull Wonder Woman into this mix, but you can't ignore how the Amazon Princess holds up Batman V Superman on her own. Gal Gadot's hero is a total scene-stealer in the film, and you won't be able to take your eyes off her.

So, will the new Wonder Woman movie bring in more heroes who can save the day and kick serious butt, even without supernatural powers? Stay tuned, fellow fangirls.