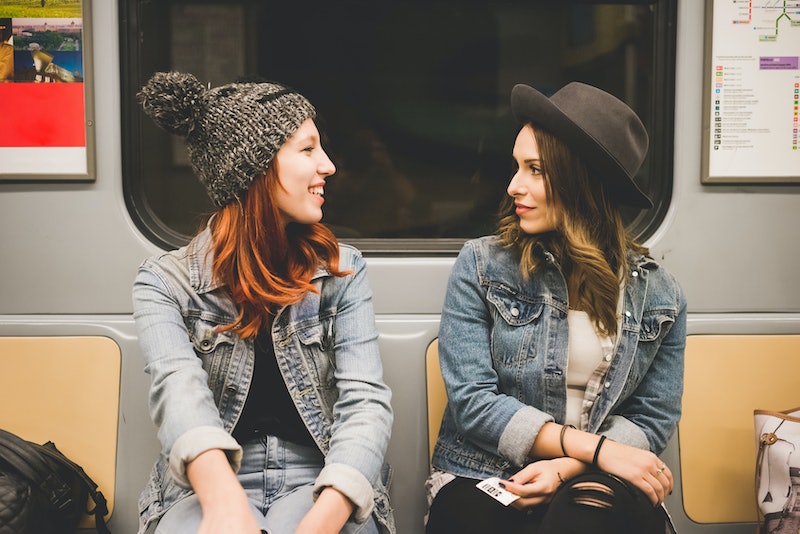 I don't know why, but keeping in touch with friends seems to be one of the hardest things on the planet. Like, can we talk about the texting phenomenon? Whatever it is that means how often someone texts you directly correlates to how long it takes to text back? Here's an example:

Text from flatmate I talk to every damn day: I reply in two minutes flat.

Text from old best friend I haven't spoken to in five months and really miss and want to catch up with: *TUMBLEWEED* ... I reply in about three months.

How does work? Why do I reply 100 times faster to a silly link my girlfriend sends me than to a heartfelt reaching out from an old friend? Someone please research this with science because I don't think I'm the only one. And in some cases, yes, I'm being a jerk. I just am. Between timezones and work and life I just don't reply as quickly as I should. But in some cases, I think it's sort of... normal. I used to hate it. Yet as I've gotten older, I've felt less guilt and been more realistic about people falling out of touch. Because it happens and I don't think there's any point feeling terrible about it all the time.

Here are six reasons why you shouldn't feel bad about losing touch with old friends:

This isn't normally a good reason for something. Just because everyone else does something terrible — like ignores child poverty or has a man bun— doesn't mean you should do it. But in this case, everyone doing it is for a good reason and means that people are going to be more understanding than you realize. You might think that falling out of touch means you're being a terrible friend, but there's a good chance they've done it to someone (or a lot of people) and understand how it happens.

2. It Takes Two Not To Tango

Speaking of everyone doing it: unless someone is literally banging down your door and calling every five minutes, falling out of touch normally happens on both sides. It's not great, but it doesn't mean you need to take full responsibility for it. You're both probably guilty.

Maybe someone got you through a really difficult period, or maybe you grew up together or they were the first best friend you ever had. It's not that these bonds are no longer important, it's just that dynamics shift. People change and that means the relationships between them has to change too. Don't be upset that you don't have the same connection as before— it's great that it happened, but you don't need it to last forever.

A part of friendship? Absolutely. But if your entire friendship is just reminiscing and nostalgia, it's covering the fact that you're not actually still friends. You'll always have Paris (or prom), but if it's not still there you're spending a lot of awkward time and energy trying to force something to work, when really you could just let it lie where it was. It's why England only made two seasons of The Office. Learn from England, don't be sad American Office Season 7.

5. You Can Spread Yourself Too Thin

You can't keep up every friendship you've ever had. If you keep making new friends and trying to hold all of your old friendships together, you're going to spend all of your time trying to keep in touch with people you used to know and not have any time left to live your damn life. If you let friendships ebb and flow, you're life will be a lot more fulfilling.

6. With Real Friends, It Doesn't Matter

You know that cheesy thing people say about seeing old friends and it's like time never passed? It's true. Some of my best friends I can go weeks or months without seeing or speaking to, and then I go to New York and visit, and we're immediately back to exactly how we were in our NYU dorms. Nothing's changed. Yes, you should be there for the big stuff, but you don't need to stress out and make yourself feel terrible over unanswered texts and missed Skype dates, because if your friendship is that strong, it really won't matter.