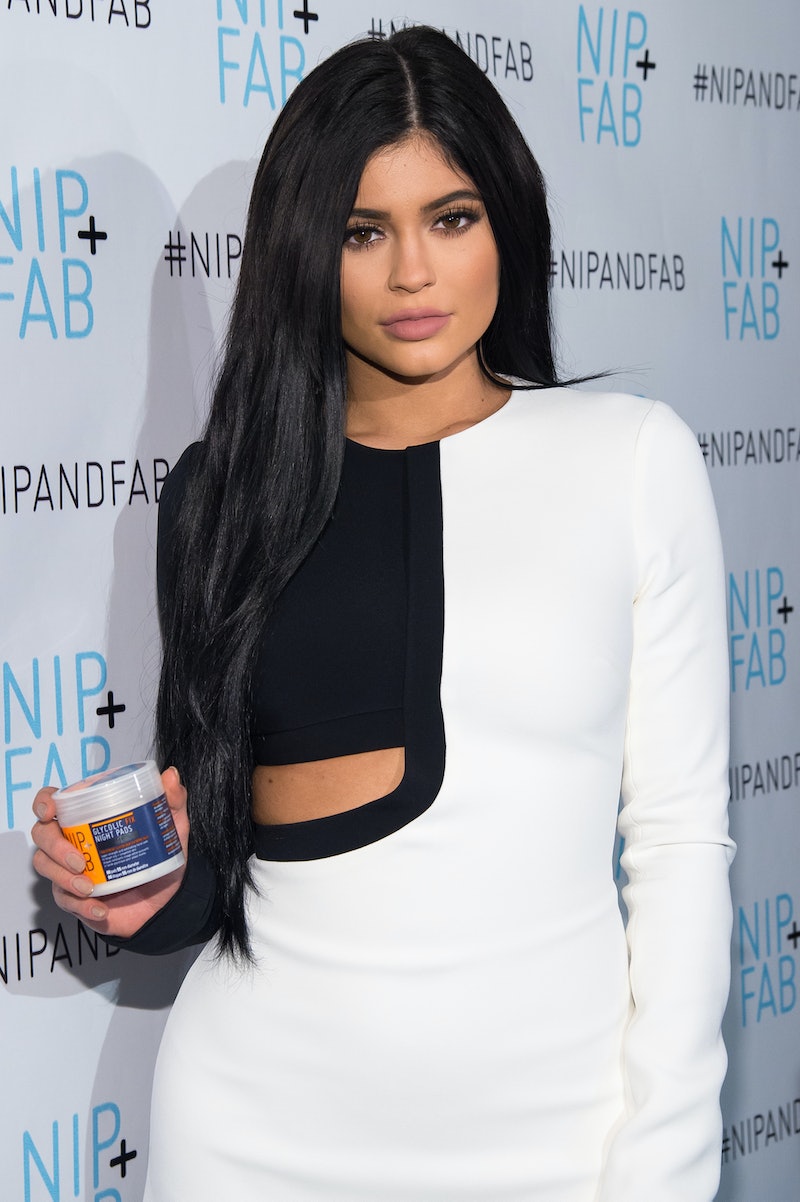 The youngest Jenner has made another artsy magazine cover appearance, this time in the form of a doll-like figure captured in an Instagram photo. Kylie Jenner's new Paper Magazine cover is going to make you think about all the internet bred and Instagram famous "art, music, fashion and entertainment leaders of today," according to Paper Magazine, but what we're focusing on right now is Jenner's face. Or more specifically, her makeup.

Let's look passed the amazing cat eye eyeliner for a minute and focus on those cotton candy specific lips — is there a chance Jenner is wearing Kylie Lip Kits on her Paper Magazine cover? Let's break the facts down and see. Chances are by now you've seen Jenner's "Glosses" video, but you'll notice that even though she's released three new glosses, they're still in her signature browns and beiges. Checking out her @kyliescosmetics Instagram account to compare swatches of the shades, there's a chance one of the matte liquid lipsticks could have been used, taking into account the colors of the shoot have been bumped up on Photoshop. While her shades usually run towards nude, her collection does have a few pink hues that could fit the bill.

For example, Jenner's "Poise K" matte liquid lipstick could come off as brightly pink if it's been layered enough. Just check out the bubblegum pink hue on one of the King Kylie fans:

At least, that would be the closest shade compared to the cover, as the rest of the swatches run more nude and dark rather than pink and electric:

So unless the colors on the cover have been deeply saturated and bumped up, my guess would be that Jenner's Paper Magazine cover doesn't use the Kylie Lip Kits because her collection doesn't run towards such poppy colors...yet. Who knows what could be in store around the corner — after all, she did make the big jump from mattes to glossies. So we'll be sitting around here, Kylie, waiting to see if you'd like to play with pops of color next!