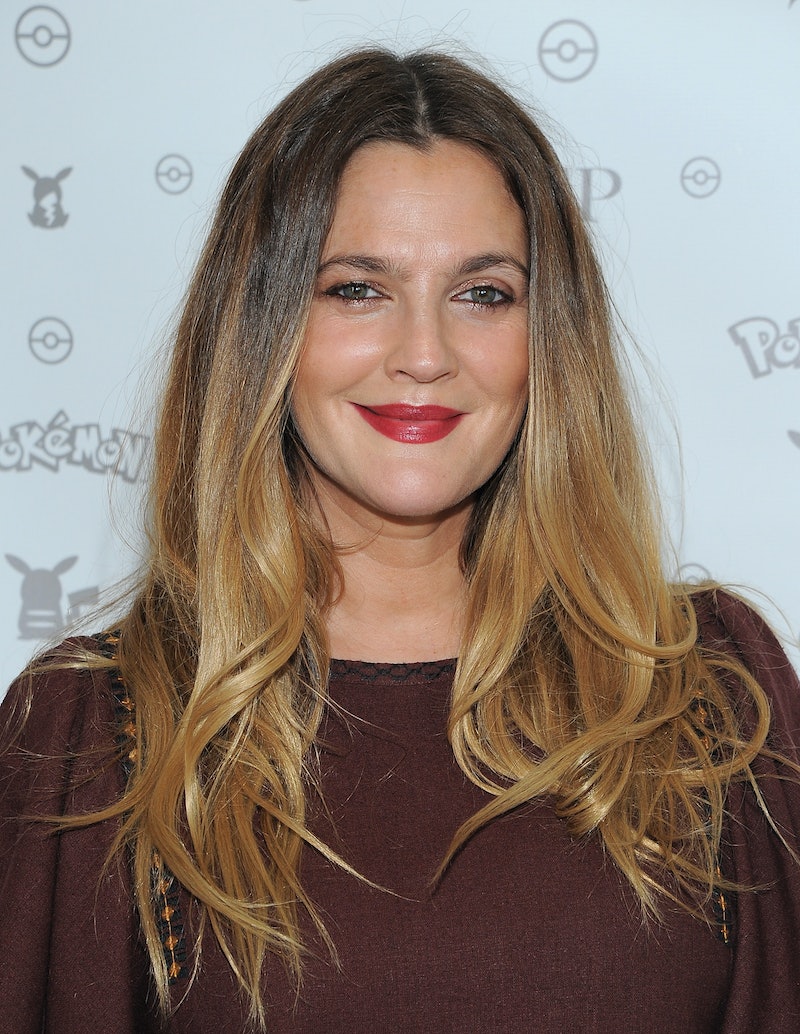 Aprils Fools' Day brings an onslaught of fake celebrity news every year, but there was one story from this past April 1 that many fans wished would not be true. On Friday, People reported that Drew Barrymore and husband Will Kopelman had split up after nearly four years of marriage. Just a day later, the couple confirmed their split to People , in a joint statement. The news was very disheartening, especially since it came right after the adorable new tattoo Barrymore shared of their daughters' names.

Only a a few days after the confirmation, Barrymore spoke to PopSugar and she opened up in the most Drew Barrymore way possible, which is to say she was positive and encouraging, despite this sad turn of events.

Barrymore and Kopelman's official statement regarding their impending divorce was also optimistic, and focused on the love of their two girls, Olive and Frankie. They said,

Sadly our family is separating legally, although we do not feel this takes away from us being a family. Divorce might make one feel like a failure, but eventually you start to find grace in the idea that life goes on. Our children are our universe, and we look forward to living the rest of our lives with them as the first priority.

What a beautiful statement. It is pretty touching to see how devoted the couple is choosing to be to their family with their daughters despite the outcome of their own relationship.

PopSugar had been planning to interview Barrymore the day after the announcement, while she was celebrating the release of her Barrymore Wines Rosé at Pebble Beach Food and Wine Festival. Although the actor didn't explicitly speak about her recent breakup or name Kopelman, her positive attitude certainly gave an insight as to where her mind is at this moment — and it is on moving forward.

She alluded to some recent hardships in her personal life, saying,

I had a really hard time a couple of months ago and kind of knew life was heading in a new direction... I called someone that I really trust, respect, and believe in, because he has always been the conductor of grace. I said, "What's your advice?" And he said, "You put one foot in front of the other." I hung up the phone and I thought, "That is why I call this person." It's not only succinct, but it's almost physically productive and life-choice productive. It's just great advice. It's a kind of way in which to live, and I want to be like him. I want to be like that. I want to put one foot in front of the other.

Barrymore is one of the most consistently empowering women in Hollywood, and she speaks a wisdom beyond her years. In this anecdote, she is saying how she plans to move on after this event: living day by day and never taking a step back. And the advice she received is advice that could be helpful for anyone else who is also going through something in their own life.

As for her family, Barrymore said that she is committed to loving her daughters as much as she could, no matter what happens. She said,

The only thing I care about, my life's mission and the only thing that matters as of now is that my daughters know what our lives were like, how we lived, and how much I love them. For them to know that they were not just loved, but, like, ridiculously, utterly, life-alteringly loved. That's the only reason I'm here now!

With all of this love and positivity, I think this adorable family is going to be better than fine from here on out.