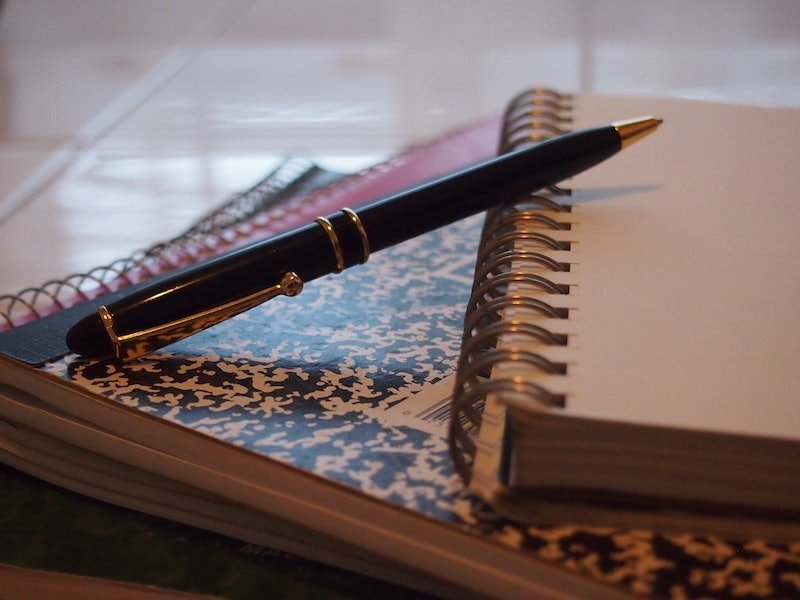 There are roughly 1.7 million students currently enrolled in some sort of graduate program in the U.S. Not that I like to think of myself as a number or statistic, but I'm one of them. Since 2012, I've been enrolled in the Master of Fine Arts in Playwriting program at Temple University in Philadelphia (go Owls!).

So far (I have three more semesters to go), the experience has been both incredibly rewarding and intensely challenging. I’ve watched my work come to life on stage (and chewed my nails down to the quick the entire time); I’ve learned to appreciate writers like Samuel Beckett and Bertolt Brecht more than I ever thought I could; hell, I’ve even taught a class of my own (and realized that I did not appreciate teachers nearly as much as I should.

But one of the most surprising things I’ve learned is that for most people, graduate programs in creative writing remain something of a mystery. Say that you’re in law school, medical school or an MBA program, and people will nod knowingly, impressed. After all, these sorts of programs are self-explanatory. You go to law school to become a lawyer. You go to medical school to become a doctor. You go to business school to you can become a rich businessperson and do this. But say that you’re enrolled in a Master of Arts or Master of Fine Arts in Playwriting, Creative Writing, Poetry, Fiction, etc. program, and most likely you’ll get questions — a lot of questions (and either respect or pity, depending on who's asking the question.)

If you’re not blessed enough to have a writer who’s in grad school in your life, or if you do, but never actually speak to them anymore because they are a writer in grad school, here is everything you ever wanted to know about what the heck it is they’re actually doing.

"How much more will you be able to get paid once you finish your degree?"

Yes, there are many students who get advanced degrees to increase their earning potential (see above: doctors, lawyers, businesspeople). Writers, poets and playwrights are typically not among them. The salary increases for a creative writer without a master's versus one with a master's are not measurable and guaranteed in the same way they are for, say, a paralegal versus a bar-certified attorney. And there's no Writing License Association of America that mandates specific training to be a writer (although maybe there should be, so shit like this stops happening).

Theoretically, if you go to grad school, you become a better writer and that may up your chances of writing a bestseller or Broadway-caliber play, but let's be honest — if you're going into writing because you want to be rich, you're as misguided as Kim Kardashian doing this photo shoot.

"So if you're not going to make more money, why are you doing it?"

Despite what conventional capitalistic American wisdom would have you believe, there are motivations besides money for doing things. The reasons for getting an advanced degree in a creative writing field are as varied as the students enrolled in the programs — the ability to teach; an opportunity to focus on producing a publishable work, or study with a particular professor; the prestige of an advanced degree; a desire to switch careers or prolong entry into the "real world," and so on. But for everyone, the underlying reason remains the same: we do it because we love to write, need to write, and we want to be the best that we can at it, and feel grad school is the way to achieve that.

"What do you actually do in class?"

You know, a little of this:

And a little of that:

And some days, if we're really lucky, this happens:

Nah, I'm just playing. Most graduate writing classes are set up as seminar or workshops that revolve around that which writers enjoy most — reading, writing and discussing what we've read and written, as we strive to gain a better understanding of what makes a literary work "good," and how we can incorporate those strengths into our own writing. So really, it's more like this:

"What kind of homework do you have?"

Remember when you were in college, and you bitched about having to write like, a five-page paper once a semester? When you're a grad student in a writing program, your life is nothing but five-page papers. Except they're more like 20- to 100-page (or more) papers. And they can't just be regurgitated facts copied and pasted from Wikipedia. They have to be brand-new combinations of words that are insightful, evocative, and expressive without being clichéd, confusing, or boring, and they all have to come from your brain, and your brain alone. But who are we kidding, we love it.

"Do you get grades?"

Ostensibly, yes. Syllabi always include a grading rubric, and at the end of the semester, you get a letter next to the class you took. But let's face it, when you're talking about something as subjective as writing, it's more like this:

Show up, work hard, write stuff that doesn't suck (or, if it does, get feedback and rewrite it until it doesn't suck), give your classmates constructive criticism, and eventually someone will give you a piece of paper that says your are a Master Writer and the next J.K. Rowling.

"Why do you need a master's degree to be a writer?"

As mentioned before, you don't. There are plenty of writers out there who don't have a master's degree (MFA vs. NYC!), as well as plenty who do, and never publish. The debate about whether writers should get advanced degrees is an ongoing and sometimes heated one. At the end of the day, it largely comes back to a writer's desire to be a master of his or her craft. We believe that the best way to do this is by taking two or three (or four or five) years to immerse ourselves in the intricacies of this very intricate endeavor.

"Why don't we ever hang out anymore?"

Sorry, I can't hear your phone calls/texts of the sound of my furious typing as I try to complete the 60 pages I have due in two hours.

"When are you done?"

This question is here more as a personal pet peeve more than anything else. I don't know if other grad students have similar experiences, but it seemed like no sooner had I enrolled in my program than people were asking me when I would be done, which struck me as a little crazy. My goal for attending grad school wasn't to race to the finish line, but to learn as much as I could in the time I was there. Whatever happened to enjoying the journey? (But, for the record, Spring 2016, God willing.)