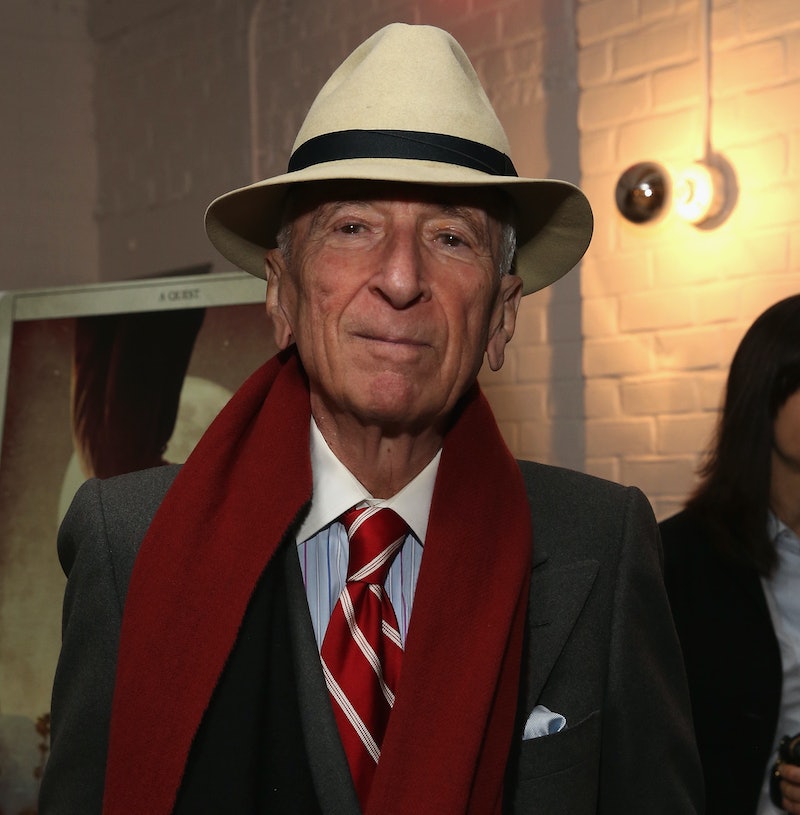 The literary world has a habit of disregarding female voices, and it's unfortunately not unheard of for men to act as though there simply aren't any worthwhile female writers at all. In the latest example, when asked over the weekend which female writers he admired, Gay Talese responded "None." Cue all the frustrated sighing. Because in addition to everything else, one sort of hopes that the guy who pioneered literary journalism would be a little less obtuse.

While speaking at a conference on "The Power of Narrative" at Boston University on Saturday, Talese, age 84, was asked by an audience member about female writers who have inspired him. According to Amy Littlefield, a journalist in the audience at the time who later spoke to the Washington Post , Talese first named Mary McCarthy, then paused and said, "None. And I’ll tell you why." According to Littlefield, Talese "went into this explanation about how educated women don’t want to hang out with anti-social people.” Others at the event related that Talese said women aren't comfortable talking to strangers.

So there you have it. I guess women just can't be journalists or nonfiction writers.

Needless to say, people were not impressed. Several audience members reportedly challenged Talese on his dismissal of female writers, and many more people began participating in the hashtag #WomenGayTaleseShouldRead.

Disregarding women's voices is nothing new in the world of literature, of course. When women dominate a genre, it's written of as "chick lit" and automatically considered less prestigious — unless, of course, a man comes to "save" it or to supposedly write so well it doesn't really count as the same genre anymore. In more prestigious, more male dominated genres, on the other hand, women are often overlooked or given less attention and consideration than their male peers.

And sadly, this is not the first time a man has said that women authors aren't worth bothering with, or disregarded women's work. This sort of thing sadly happens all the time. And that's not even getting into the unequal treatment women get from literary magazines and book reviewers.

But despite the fact that we all, sadly, have to be at least a little bit used to this, it's still particularly disheartening when a major figure in the literary world not only discounts the many, many women who have contributed to his genre, but also makes sweeping generalizations about why women "can't" be great. Because seriously, do we have to keep having these kinds of conversations?

Someday, perhaps we will live in a world where it's taken for granted that women can be just as good, that the genres dominated by women are not "fluff," that women have made important contributions to every corner of the literary world, and that women deserve just as much attention and respect. Maybe someday we won't have to ask literary icons specifically about female authors because they just mention them alongside men as a matter of course.

Until then, there are some #WomenGayTaleseShouldRead.

More like this
The 20 Best Audiobooks To Fall Asleep To
By Aoife Hanna and K.W. Colyard
Selma Blair Wrote Through The Pain
By Samantha Leach
Zosia Mamet Opens Up About Her Eating Disorder
By Zosia Mamet
Akwaeke Emezi’s Romance Is *The* Book Of Hot Girl Summer
By Shahed Ezaydi
Get Even More From Bustle — Sign Up For The Newsletter