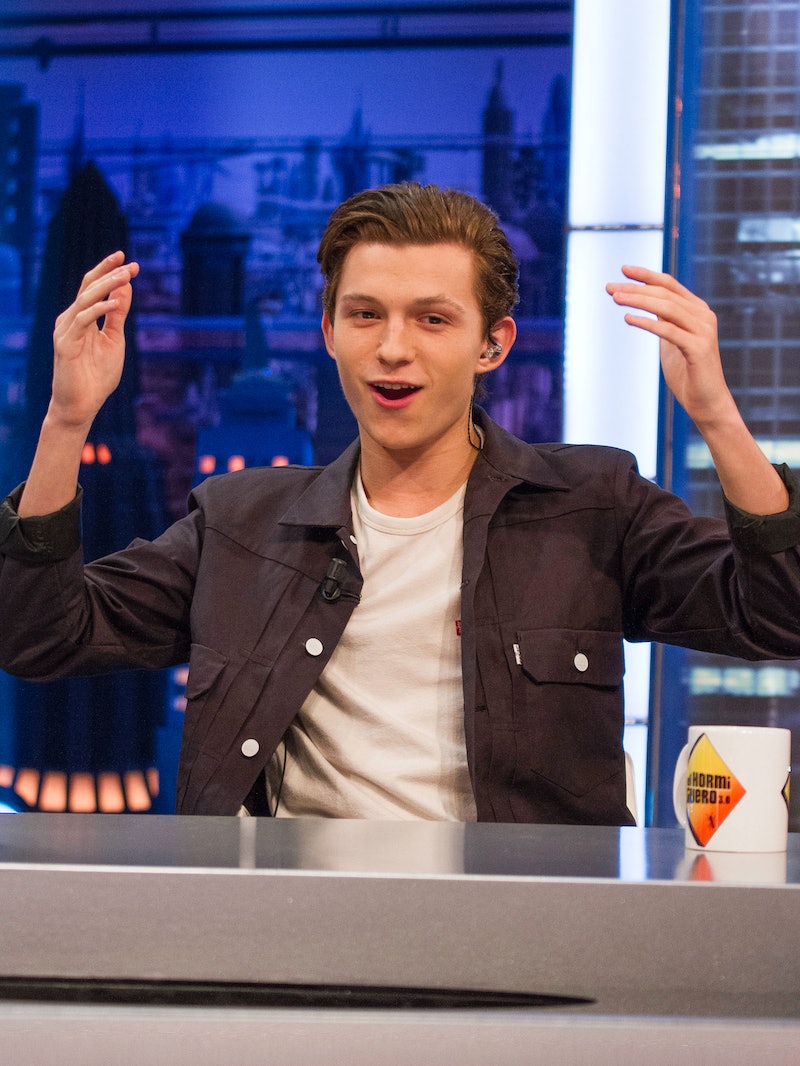 Nerd hearts everywhere rejoiced when it was announced that Spider-Man would be returning to the fold, joining the Marvel Cinematic Universe for the first time since Marvel sold the rights to the character to Sony Pictures Entertainment back in 1999. Since then, the webslinger has appeared in five Sony films, most recently in the aborted franchise starring Andrew Garfield and directed by Marc Webb. Under the new deal, Disney and Marvel Studios have the right to use Spider-Man in their superhero films, although Sony retains the right to make all Spider-Man solo films — albeit under Marvel's guidance and within the continuity of the MCU. The first such solo film is set to hit theaters soon, in July of 2017. But what will the new Spider-Man reboot be called?

Obviously, Sam Raimi went the simple route with his original 2002-'07 Spider-Man trilogy. Webb distinguished his reboot by tacking an Amazing onto the front of it. Theories abounded whether the newest version, directed by Jon Watts and starring Tom Holland, would change up the modifier to something like The Specatular Spider-Man or The Ultimate Spider-Man or some variation thereof. But someone with superior spidey-sense over at the BBC noticed something interesting this Monday: that Sony had registered a new domain name that could possibly point towards the title of their upcoming reboot. And it is…

The newly-registered domain, www.spidermanhomecomingthemovie.com, clearly points to that title as a very real possibility. Of course, until Sony officially announces something, this should still be considered speculation; but since we're already speculating anyway, why don't we speculate on what this intriguing title could mean for the reboot?

First of all, Homecoming is a perfect name for the webslinger's triumphant solo debut in the Marvel Cinematic Universe, his rightful home. While Sony has done a good job with the character — Raimi's first film in particular having been instrumental in kickstarted our generation's obsession with superhero movies — many fans can't wait to see what will happen with Spidey under the guidance of Kevin Feige, who has shepherded other costumed vigilantes to great success under his tenure as president of Marvel Studios.

Secondly, the potential title is a nice way to evoke the younger-skewing version of the character Sony is aiming for with this newest reboot. Original Spider-Man Tobey Maguire was 27 when he played a high school-aged Peter Parker in 2002's Spider-Man; his successor Andrew Garfield had him beat at 29 years of age the first time he donned the red spandex in 2012's The Amazing Spider-Man. By contrast, Tom Holland will be a relatively young 20 years old when Spider-Man: Homecoming (or whatever it's called) hits the screens next summer. It will be much easier to believe Holland dressing up in a secondhand suit for a high school homecoming dance than either of his predecessors.

Finally, Homecoming could be not just a welcoming salutation or a reference to Peter Parker's young age, but an actual hint as to the plot of the film itself. As some hardcore comics fans may know, "Homecoming" was also the name of The Amazing Spider-Man issue #252, published in May of 1984. In that issue, the character returned home to New York City after fighting in the Secret Wars, sporting his flashy new black Venom suit. Obviously some of those specific details would have to change, but it's easy to imagine how they could be adapted to fit the MCU: Spider-Man returns home to New York City after fighting in the Civil War, sporting his flashy new suit built for him by his billionaire ally, Tony Stark.

"Homecoming" is also notable for containing crossover appearances from several of Spider-Man's Avenger cohorts: namely Iron Man, Captain America, Thor, Hawkeye, Wasp, and Captain Marvel. It remains to be seen if Disney will lend high-profile stars like Robert Downey, Jr., Chris Evans, Chris Hemsworth, Jeremy Renner, or Evangeline Lilly to Sony for use in their solo Spidey film. But given the newly amicable relationship between the two studios, a high-profile cameo or two is certainly not out of the question.

A couple more questions are raised by the potential title's reference to this particular comic book issue: Given her involvement in "Homecoming," could this upcoming reboot introduce Carol Danvers —aka Captain Marvel — before her 2019 solo film, in the same way that Captain America: Civil War is introducing Spidey in advance of his solo film? And given that Felicia Hardy — aka Black Cat — figures prominently in this issue, have we just unmasked the identity of Zendaya's mysterious Spider-Man character?

Of course, it may still turn out that Spider-Man: Homecoming is simply a working title and not the official name of the film. But the fact that Sony even registered that as a possible website domain makes it very likely that — no matter what the movie ends up being called — it will tie in closely with the events of the "Homecoming" storyline.

While we wait for more news on Webslinger 3.0, you can catch Holland's debut as the friendly neighborhood Spider-Man in Civil War on May 6.