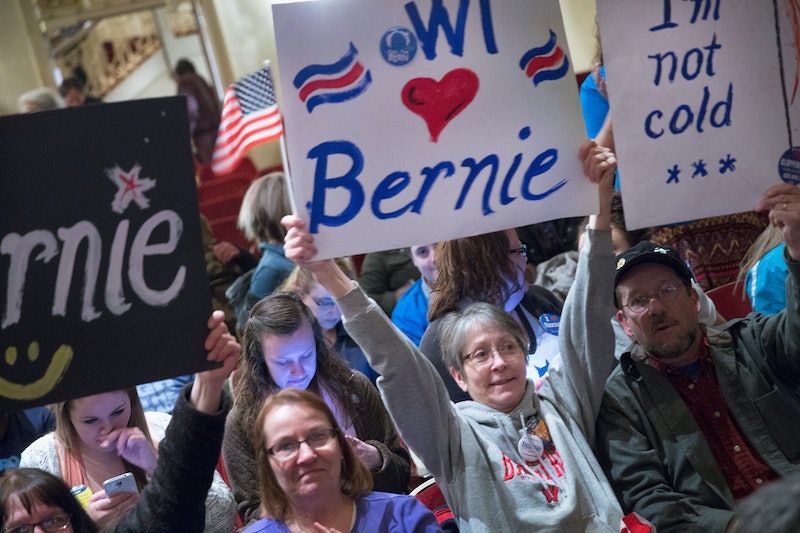 Wisconsin is the next state to vote in the presidential primaries, with polls opening at 7 a.m. CT on Tuesday morning. There are 96 delegates at stake for the Democrats, with the 86 that are pledged allocated on a proportional basis between candidates. So if the margin between Hillary Clinton and Bernie Sanders is close — which, based on the numbers, it looks to be — both candidates will receive about the same amount of delegates, giving neither a big boost. But if delegates aren't going to make or break either campaign, why is the Wisconsin primary so important for Democrats?

According to the most recent polls, Sanders is ahead of Clinton in Wisconsin, with 47.9 percent of voter support compared to Clinton's 45.3 percent, so the margin is relatively small. Wisconsin is a classic swing state, with independent voters playing a huge role in which candidates win its primaries. Sanders currently has 57 percent of the Independent vote, while Clinton has 37 percent. But even with a small lead there, Wisconsin will be an important state to win specifically because of the history of whom it has voted for — and elected.

This trend has been attributed to two very important elements, which will likely also play a role this time around. Because Wisconsin is halfway through the primaries, there are fewer options, and voters are pretty certain at this point whom they want to support. The other important factor, which ties into the first, is that Wisconsin's voter base is representative of the national population, and it is a state that has seen engaged citizens and political reform. Former Wisconsin Gov. Jim Doyle told The Washington Post, "We’ve got industrial, urban, rural, small towns, colleges, high tech — it’s all here."

Based on presidential primaries past, the winner of Wisconsin's Democratic primary might just give us an important look into the country's future.