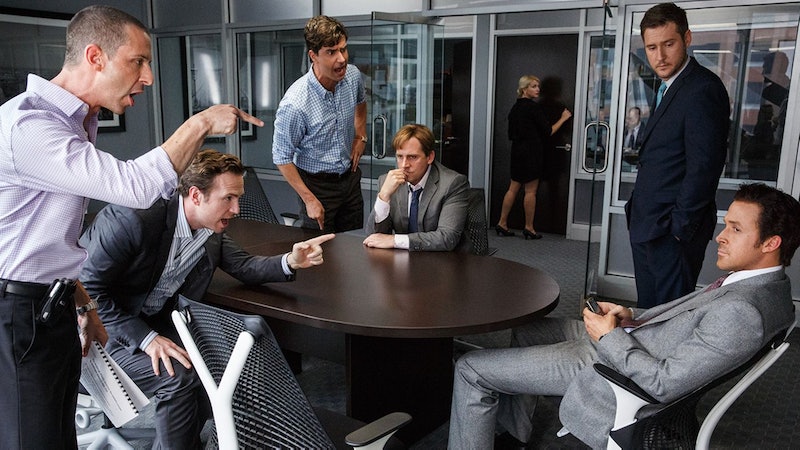 The Oscar-nominated film The Big Short opens up old wounds by taking viewers back to the mid-2000s, when a mass mortgage crisis caused the American housing market to crash. Since the movie's release, "bespoke tranche opportunities" — the banks' new name for collateralized debt obligations — have attracted a great deal of skepticism from those who believe it was correct in predicting another financial crisis. Are these bespoke tranche opportunities as dangerous as The Big Short suggests?

Nearly a decade has passed since the banks' dealing of subprime loans prompted a domino effect which resulted in recession. Despite the uptick in the economy, more extensive threats remain ingrained in our economic system, though new regulations are working to minimize them.

Homeowners would like to believe that banks have learned their lesson when it comes to knowingly pushing subprime loans, but The Big Short suggests that there will be another recession in the near future if they fall into the trap of "collateralized debt obligations" again. Since the crash, Wall Street banks have begun marketing CDOs, which acquired too horrible of a reputation to be appealing, as "bespoke tranche opportunities." This is financial jargon for a credit-default swap that's altered according to the investor's stated interest. Banks break loans into separate layers (tranches) and arrange a made-to-order (bespoke) payoff plan for the investor.

In the past, the housing market has not had much luck with credit derivatives, a categorization that encompasses BTOs and CDOs. In fact, such credit derivatives magnified the losses experienced after the housing bubble burst, according to The Financial Crisis Inquiry Commission. Slicing the financial assets into smaller portions and encouraging Americans to continue investing in them made the problem worse over time. By 2010, Think Progress reported that the total value of these credit derivatives worldwide was 23 times greater than the world's economic output that year. Post-2013, buyers became more aware of the risk and CDOs became very difficult to sell. That is, until their name changed. In 2015, BTOs generated $20 million, in comparison to just $5 million two years prior.

According to The Huffington Post's Dan Solin, bespoke tranche opportunities are part of the bigger problem at hand: Wall Street doesn't put the investors' interests first. Instead, it seeks to transfer as many assets as possible. Solin wrote that to preserve its ability to swindle investors into taking unfavorable deals, Wall Street banks pour insane amounts of money into political campaigns. That money is allegedly donated on the condition that the government refrain from enlisting stricter regulations on the institution's practices. BTOs are one avenue by which brokers can maximize their sales at the expense of investors. Although they've generated $20 billion in the past year, BTOs alone may not be as big of a threat as The Big Short suggests.

Though there's no denying that Wall Street peddles some questionable deals, money from big banks hasn't completely infiltrated the system just yet. Since 2008, risky transactions have become more difficult to advertise thanks to the Dodd-Frank Wall Street Reform and Consumer Protection Act. Bustle's Lauren Holter interviewed a handful of financial experts to find out whether BTOs will become as detrimental as CDOs were in the early 2000s. Susan Wachter, professor of real estate and finance at the Wharton School of the University of Pennsylvania, told Bustle that although a future crash is possible, it's not likely:

Yes, there are deals that raise eyebrows, but its not going to bring the market down ... If — through another mechanism — you would have widespread poorly underwritten lending, then sure, it could happen again.

Unless BTOs become wildly popular and attract as much money as was eventually lost by CDOs, a housing market crash would not be nearly as devastating as it was back then. But don't let down your guard just yet. That means that BTOs become a greater threat as more and more people buy them. So while they won't cause an economic collapse in the near future, they could be the straw that breaks the camel's back if America forgets about the risk that comes along with them.

More like this
Who’s The Richest 'Grey’s Anatomy' Star? See The Net Worth Of Each Cast Member
By Hugh McIntyre
Shonda Rhimes' Net Worth Makes Her One Of The Wealthiest People In TV History
By Hugh McIntyre
How Much Are The 'Schitt’s Creek' Stars Worth?
By Hugh McIntyre
Twitter Can’t Handle Liz Truss & Kwasi Kwarteng’s Drastic Tax Cut U-Turn
By El Hunt
Get Even More From Bustle — Sign Up For The Newsletter