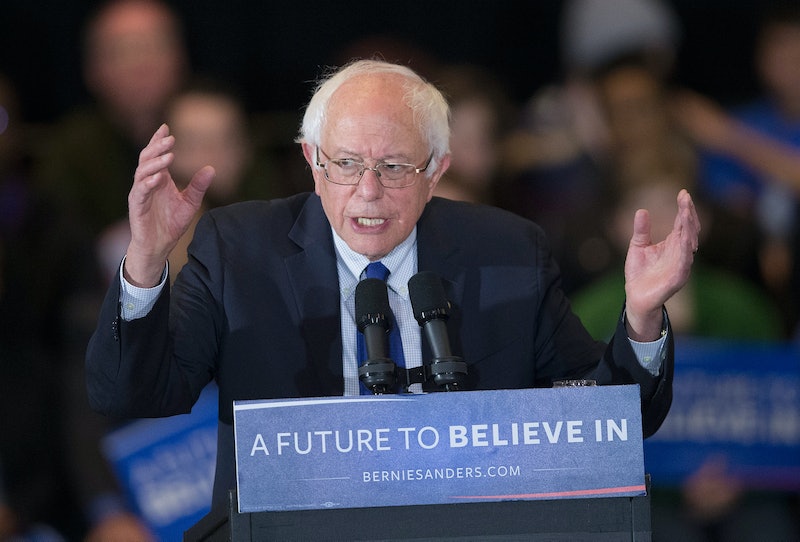 If you pay $353,400 for two seats at a table with Hillary Clinton, George Clooney, and his wife Amal, you're probably going to have to show up on their schedule. And yes, that's how much one Clinton campaign fundraiser is going for. Not in your price range? You can also pay just $33,400 per person to go to dinner at the Clooney mansion. If that's a little too pricey? Then maybe you should look into one of the Bernie Sanders alternatives. Dine With the 99 Sanders fundraising dinners are flexible; they can accommodate any schedule and price point (although, it must be said that you probably won't meet Bernie).

Natasha Losada started the Dine With the 99 Facebook event in response to the big-money Clinton fundraisers. The idea is for people to get together at potlucks to support Sanders. Everyone is encouraged to bring a dish and $27 (the average donation amount that Sanders has received thus far in the campaign). But if you can't, just bring what you can. Affordability and embrace of the common man is the whole point.

But the schedule matters too for people who have varied work schedules. That's why the Dine With the 99 dinners are stretching over four days: April 14, 15, 16, and 17. That's over the same weekend that Clinton and Clooney are holding their fundraiser in California. The wider range lets the organizers and attendees plan around busy work and family schedules. You can find the time that works best for you on the Sanders website.

Simply put in your zip code and then scroll through the events. Look for one that's tagged with #DineWithThe99. If you're interested in going to one of the events in your area, click on the event and then fill out the RSVP on the next page. Then you just have to decide what to bring — if you can. Don't stress on the quality of the food. Anything from farm-to-table to picking up a pizza on the way will do.

If you don't see an event that works for you, you could also consider hosting your own. One of the key aspects of Dine With the 99 is that it's open to everyone, so make sure that you're willing to host even some undecided voters. The event's website reads: "If you agree with the idea that big money should not be buying our elections then this movement is for you. Bernie’s campaign is about inclusion and so is #DineWithThe99. All are welcome."

Another thing to note is that the event is not meant to be anti-Hillary, or even anti-GOP. So stay positive and get your potluck on to keep money out of politics.