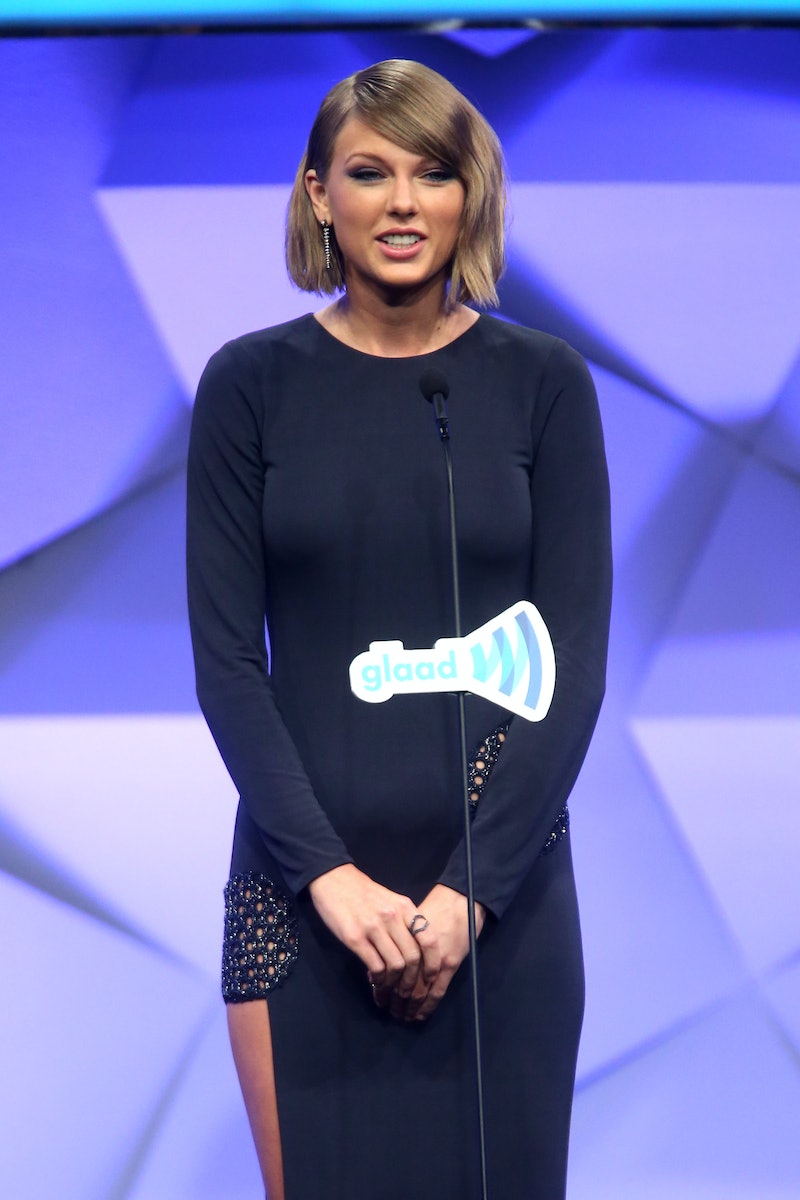 1989 is the gift that keeps on giving. Just when you think that Taylor Swift is done releasing singles from the album, performing songs from the album, and winning awards for the album, she pulls you back in with another epic move. Her single, "New Romantics," has been steadily climbing the charts, and will surely win her another slew of praises, especially because of her newest video. On Wednesday, Swift released the music video to "New Romantics" exclusively on Apple Music, and it's basically a tribute to her fans. And hey, why shouldn't it be? Swift is one of the greats, and the greats always understood that fan support will take you far.

With press for 1989 slowly winding down, it only makes sense that with this single it is only fair to do something a little more low-key and shine a spotlight on the fans. This is a suprisingly different move for Swift, whose other singles and videos have been released in a major commercialized fashions. (Of course, the world won't soon forget her star-studded video for " Bad Blood " released at the 2015 Billboard Music Awards. Or the video for "Out of the Woods," which was released during ABC's Dick Clark's New Year's Rockin' Eve with Ryan Seacrest.) However, it is also Swift's style to consistently give back to fans, so it makes sense for the singer to a video that recognizes her pack of fierce Swifties.

As for the video itself, Swift shares behind the scenes moments from the tour, and a few goofy shots of herself, of course. It's made all the more important because Swift can be heard a little sharing her thoughts about what this tour and the fans meant to her. She says, ""The fans are the best part of this tour. They're the reason the shows are incredible, and I know those fans out there are just all in."

This isn't the first time Swift has openly expressed her support for fans. In fact, there have been numerous occasions where Swift personally reached out to fans to say thank you for supporting, or to support them in their times of need. There was the one time she invited a fan over to her NYC apartment to bake cookies for Valentine's Day, and it really doesn't get much cooler than that.

Sometimes amidst the glamorous parties, and paparazzi shots, it's hard for celebrities to take the time to thank the fans for supporting their work — but Swift always takes the time. While it was a small token of her appreciation, this video was a beautiful tribute to all those that made 1989 the whirlwind that it is. Swift said it best: "The best people in life are free."