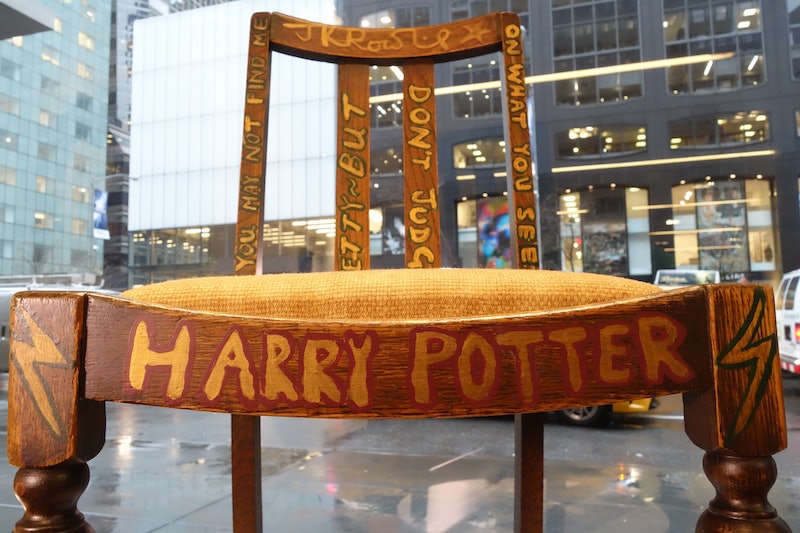 The fact that this chair has come up for auction every seven years makes me wonder if Rowling didn't write some kind of prophecy about it.

A typed letter from Rowling has accompanied the chair through these transactions. Addressed to "new-owner-of-my-chair," the letter relates how, after the author "was given four mismatched dining room chairs in 1995," the chair presented itself as a great, comfortable writing seat, and "ended up stationed permanently in front of [Rowling's] typewriter."

Someone just got a big return on their investment, which makes me want to reconsider my spending habits. Note to self: the money's in famous authors' furniture.