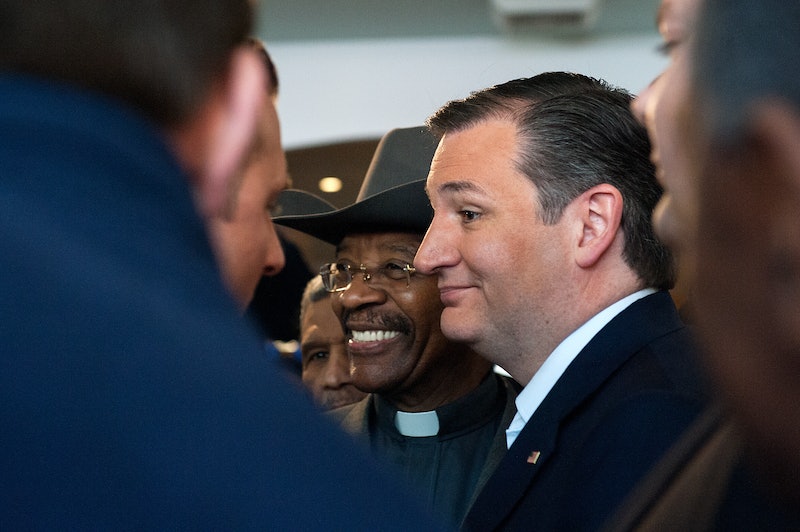 The election-predicting genius has spoken, and Paul Ryan will not be president. Nor Mitt Romney. Don't take that sigh of relief until November, though, because a contested GOP convention would benefit Ted Cruz the most, according to Nate Silver of FiveThirtyEight. In that case, Cruz would then likely be the Republican nominee we're stuck with. Better than Trump, sure, but still leaving lots to be desired.

Like seemingly every aspect of the primary race, it all has to do with the delegates. Because, you see, if none of the candidates pass the 50-percent mark, it doesn't suddenly become a free-for-all. This isn't because of the obscure rules requiring candidates to win a certain number of states; it's because the delegates are real people, with their own views on the matter. It doesn't matter how great Washington, D.C. insiders think John Kasich would be. They're not the ones deciding.

It will come down to how the delegates have been chosen, and the views of the real people fulfilling those roles. Some have attended local and state GOP conventions. Others were directly elected on the ballot, stating their preferred candidate. Some are even chosen by the candidates themselves — such is the case in California. Then there are the three GOP officials from each state who serve as delegates.

None of this will matter if the candidate is selected in the first round at the convention. If there's a clear majority, the delegates would be bound to support him based on the results of the primaries in each state. But Donald Trump's odds at winning a majority are fading quickly. So if delegates are released in the second or subsequent rounds of voting, they will all have different priorities.

A full 26 percent of the delegates will not vote for a Romney or Ryan because they'll be supporting the candidate that brought them — or the candidate they were elected to support. If Trump received support from 40 percent of them (in line with his nationwide polling numbers), it would not be enough to sway the convention in his favor. But they're also votes that won't be going to any outside candidate.

These are the delegates that will decide the outcome. And as Silver points out, so far, most of the delegates who have been chosen in this way support Cruz. In three states — Colorado, Wyoming and North Dakota — there was no presidential preference vote. That means the elected delegates in these states match the thoughts of the local GOP party and Republican activists — not all voters in the state. Cruz won nine of 12 delegates in Wyoming and six of six so far in Colorado. After delegates in other states are released, there's a good chance their preferred candidate will be Cruz too.

Mix the delegates' true feelings toward Cruz — which are likely to be favorable — with the delegates bound to him (some last past the first round), and he should have a pretty good shot at taking the nomination. If Cruz and Trump get stuck in ballot after ballot of stalemates, Silver says there's no assurance as to what could happen, but he's betting on Cruz. And his bet is a good place to put your money.