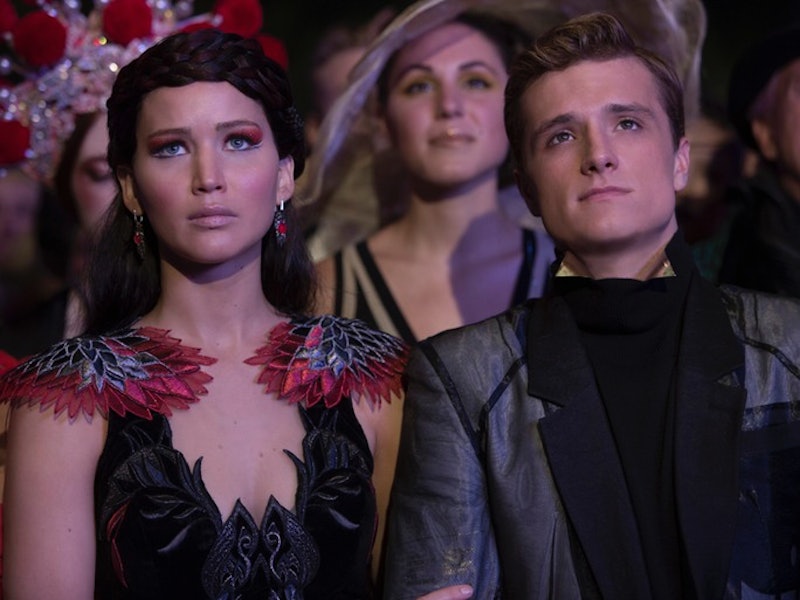 Ah, young love, there's nothing sweeter than it, right? Wrong. While dramatic romances in YA literature keep us turning the pages, the truth is that there are so many terrible young adult couples that would never last in real life.

Before you get angry, let me clarify: I know these are fictional books and couples, so to enjoy them, readers have to suspend their disbelief. I can believe in vampires, factions, and space travel in the context of a novel, but when it comes to relationships, it's harder to buy the happily-ever-afters of these couples, who are just plain awful for one another, than it is to buy the concept of immortality.

In some cases, the pair doesn't make sense from the beginning — how did these two people fall for each other in the first place? But in most cases, these couples are just plain bad together. Whether it be a controlling, jealous boyfriend or the lying, secretive girlfriend, there are just some pairings that are destined to fail, no matter what the last page of the book says.

The next time you hit a rough patch in your relationship, just think of these 9 terrible young adult couples, because you know yours will last longer than these.

The books may have given this couple an eternity of happily-ever-after, but in real life, there would only be heartache for this tragic pair. A controlling, violent boyfriend, and an insecure, isolated girlfriend are not the ingredients that make up a healthy relationship. Sure, they're "in love," but where do you draw the line between love and unhealthy obsession? I'd say somewhere in the second novel with Bella's depression and destructive behavior and Edward's attempt at suicide.

Any relationship that starts in another person's body is bound for failure. Although by the end of Stephanie Meyer's The Host, Wanda had her own skin to live in and the ability to choose Ian, I can only imagine too much weirdness has passed between them to create a sustaining romance.

I know, I know, Arin and Kestrel are an amazing couple, but if we're being honest, would it really have worked? Marie Rutkowski's series tortured these two lovers for three books, forcing each of them to keep secrets and tell lies to one another. In the end, they may have been able to overcome it, but how long will it be before a fight brings all of that past baggage right into the present? It's a ticking time bomb.

Sorry, #TeamPeeta, but this romance is anything but everlasting. What started with a lie and ended with settling, Katniss and Peeta's relationship would never last in real life. They had both seen too much death and experienced too much pain (sometimes, at the hand of one each other) to be able to build a lasting marriage. When the amount of love and affection is disproportionate in a relationship, you know it's probably doomed.

Am I the only one who thinks this relationship is a little, well, creepy? Though these two have endured a lot, the differences in age and life experiences would eventually be the nail in the coffin of Rose and Dimitri's relationship.

This couple was caught in a will-they-won't-they relationship for five books, and although they ended up together in the end, it would have never lasted in real life. After years of being on-and-off again, it's only natural that Jessica and Marcus will find themselves apart in the future. The cycle goes on and on.

When the author of the series and the actor who played one of the characters both say that a couple shouldn't be together, what more do you need? Although there are plenty of Hermione and Ron shippers, the truth is, these two were way better off friends than romantic partners. If we're to believe Rupert Grint's take on Hermione and Ron's relationship, it ended in divorce and Ron living alone in a single apartment. Yep, that sounds about right to me.

Just because they're not actually brother and sister doesn't mean they're going to stay together. Obsession like their's is never a healthy foundation to a relationship. Eventually, it will start to crack.

If you watched the TV show, then you were probably thrilled to see Blair and Nate get their happily ever after. In the books, however, that romance doesn't exist, and instead, Blair and Nate end up together in the end. The only problem? We all know he still loves Serena, and this relationship is destined to failure. Sorry Blair, xoxo.