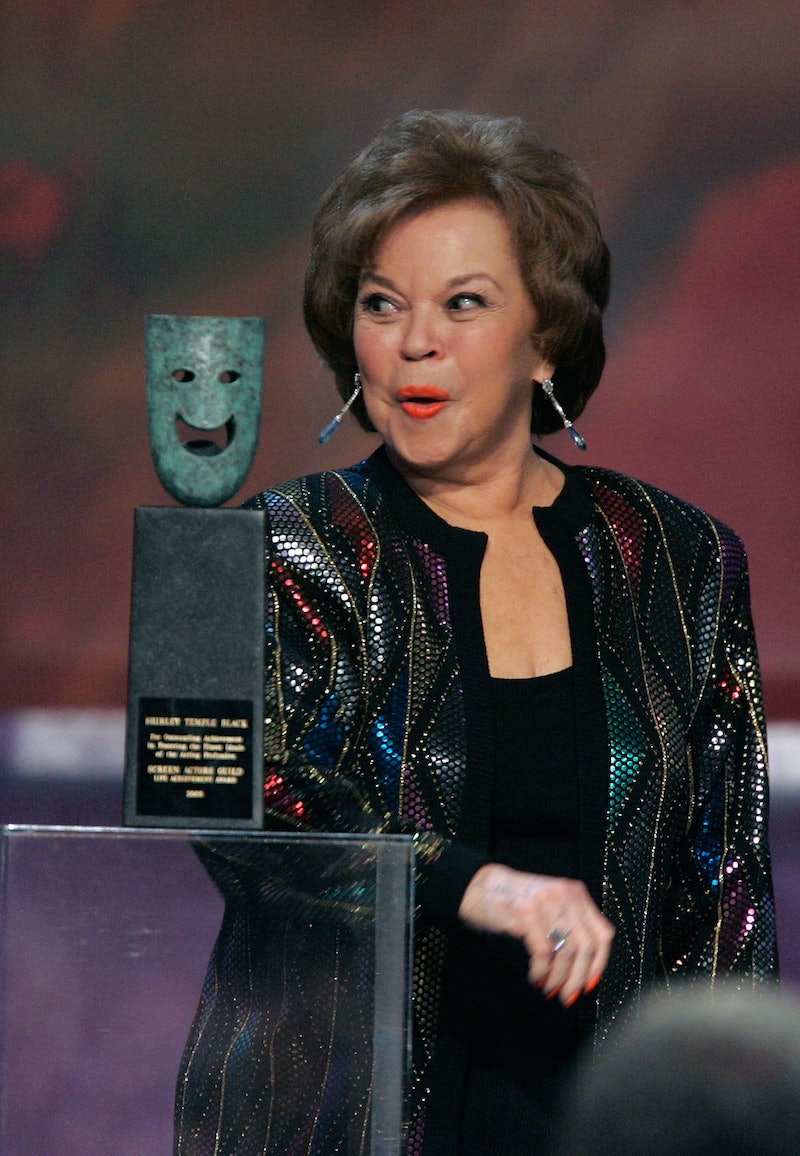 Now, don't go jumping to conclusions about this post — we're not trying to jump-start some vintage Hollywood conspiracy theory. But look at that picture down there; there's some undeniable similarities in their looks. In fact, at first glance, I thought the woman on the right was Temple as a young woman, when in fact it's Norma Jean Baker, AKA Marilyn Monroe before Marilyn Monroe existed.

I mean, look at them. It could be chocked up to 1940s/1950s styles — the hair style is certainly that, and makeup trends also probably played a part — but there's also a definite shared heart-shaped face, lip and eye shape, nose curvature, etc.

What's interesting to me here is that these women did not spend the majority of their lifetimes resembling each other. It appears that they did, however, sort of meet in the middle: Temple spent her young childhood as one of the most famous people in the world, then went on to live a relatively "normal" life thereafter; Monroe had that relatively "normal" life roughly until her breakthrough in 1948, when she was twenty-two. Temple was also born only two years after Monroe, in 1928.

Both women made a big impact on the culture of their time — generations of women spent their childhoods wanting to be Shirley Temple, and their adolescence or adulthood yearning to be Marilyn Monroe. They obviously had very complicated lives in large part because of that, but there's something calming in seeing their similarities.

More like this
14 Powerful Marilyn Monroe Quotes About Love & Heartbreak
By Marina Watts
Chris Evans Had The Best Reaction To Seeing Ana de Armas As Marilyn Monroe
By Radhika Menon
13 Photos Of The 'Blonde' Cast Vs. Marilyn Monroe & Other IRL Counterparts
By Marina Watts
Lindsay Lohan & Jonathan Bennett Celebrated Mean Girls Day Very Differently
By Jake Viswanath
Get Even More From Bustle — Sign Up For The Newsletter