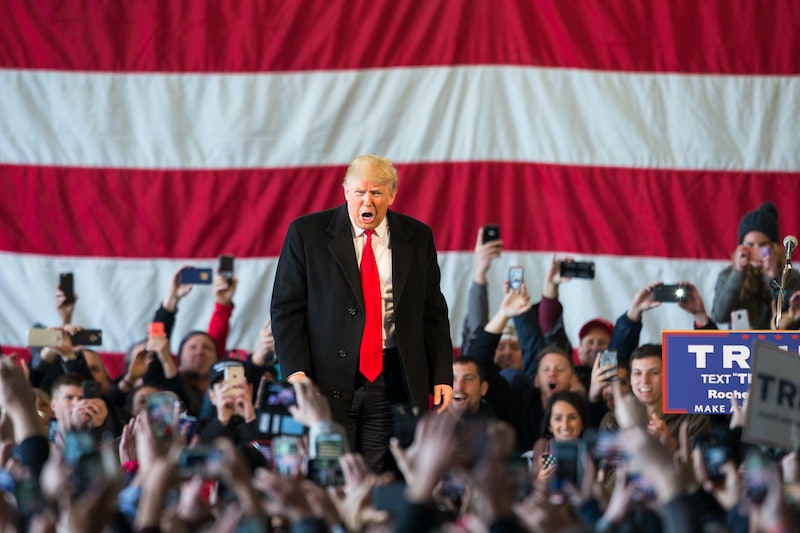 While claiming that the GOP's presidential nomination process is working against him, billionaire conservative Donald Trump compared himself to Bernie Sanders, a self-described democratic socialist. Neither of the two candidates have substantive establishment backing, but they're ready to shake up the system nonetheless. Though both entered the race as improbable wild card candidates, they've managed to ascend the political ladder enough to concern their mainstream competition in their respective presidential races. But will the system resist intervention and allow either to rise to the top? They may be on opposite sides of the political spectrum, but each has condemned the corruption of the American electoral system and is asking the people to join the fight to change it.

On Sunday, Trump spoke to a crowd of 10,000 supporters in Rochester, New York, and brought Sanders' situation to the table. According to Trump, Sanders' delegate count doesn't do justice to his considerably large victories in several states:

Why doesn't he have a chance? Because the system is corrupt. And it's worse on the Republican side, because I'm up millions of votes on Cruz.

Sanders has won eight of the last nine primary elections. Most recently, he won 55.7 percent of the caucus vote in Wyoming, but still received the same number of delegates as opponent Hillary Clinton. In addition to the lopsided allocation of the pledged delegate system, which operates according to different rules in each state, Clinton's popularity among establishment Democrats has allowed her to secure hundreds of more superdelegates than Sanders. Though these unpledged delegates technically don't make their decision until the Democratic National Convention, many have already dedicated their allegiance to the former secretary of state, giving her an advantage in some states that favor Sanders. 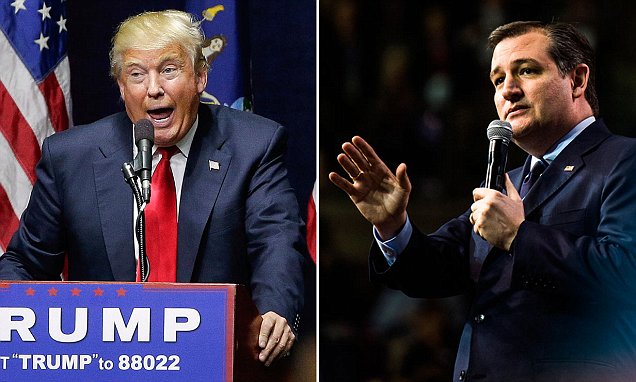 Trump reminisced on Louisiana's March 5 primary, when he suffered a similar fate as Sanders after Cruz held party meetings to persuade delegates post-primary. Though Trump received thousands of more votes than Cruz, the Texas Senator ultimately won as many delegates through a backroom process the real-estate mogul deemed "nonsense."

A couple of weeks after the Louisiana primary, Trump threatened a lawsuit via Twitter. For his supporters, this represented a collective call to arms. Like Sanders has done since his campaign began, Trump is calling on the people to band together and create the "democracy" he's envisioned. At the rally, the GOP frontrunner defined his campaign:

What we have going is a movement ... So what they're trying to do is subvert the movement with crooked shenanigans. And we're just not going to let it happen.

Unlike Sanders' platform, Trump's vision of democracy steers clear of socialism and violates the nation's tolerance for various religions and races. His "movement" may not be as inclusive as Sanders' "revolution," but it's beginning to adopt a similar populist attitude of giving voice to the allegedly disenfranchised population of America:

For Sanders, this is an old message. There's a reason he has identified as an independent in his home state of Vermont. He has some major qualms about establishment politics. During a CNN Town Hall event in Iowa, Sanders spoke out against the corruption of the American system. The call for change has been central to his platform from the very beginning.

The kind of momentum that [his campaign] has — I think we are touching a nerve with the American people who understand that establishment politics is just not good enough. We need bold changes.

Since the Iowa caucuses, Trump has expressed similar distaste for the subpar opportunities offered to outsiders by the inner workings of the electoral process. Regardless of how different their messages may be, Trump and Sanders share the mindset that our political system must be broken down and rebuilt. Furthermore, each candidate has refused money from super PACs, making them less vulnerable to special interests and monetary influence than their opponents Ted Cruz and Hillary Clinton.

By running in the 2016 presidential primary, both Trump and Sanders have brought to light the ways the American democratic system falls short of proportionally representing the people and their votes. Only time will tell whether their movements will succeed in changing an age-old system.