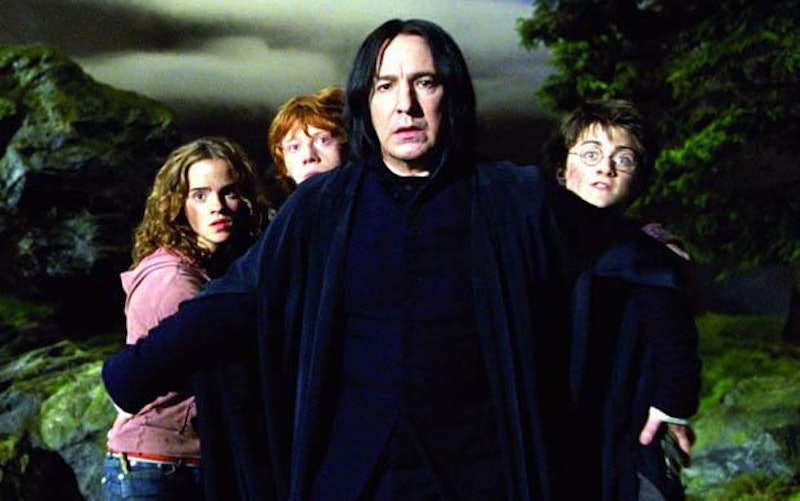 Most readers are looking to find a great hero when they pick up a book, but I personally have always preferred a good villain. My parents are fond of reminding me that, as a child, I developed a great love for the hyenas in The Lion King. While most kids loved Simba or Nala or had a soft spot for Timon and Pumbaa, I was absolutely obsessed with the hyenas and, to a lesser extent, Scar. This, my parents like to tell me, is when they knew I was going to be weird.

I haven't changed much over the years. I can't help it though; I usually find heroes so boring! Heroes are often pretty easy to understand (with the exception of some great anti-heroes) and often fall into one of two camps: unwilling hero who has had the heroic mission thrust upon them or unlikely hero who must save his/her world from destruction, even if they're not quite qualified for the job. But a well-written villain has depth and mystery and often a lot of conflicting motivation. This is especially true if that villain switches over to the good side at some point in the story.

That's right, we're talking about a villain who's seeking redemption, one of my favorite literary tropes. Rather than straight-up baddies, the following villains see the error of their ways (kind of) and do their best to right their past wrongs. In some cases they don't entirely give up their dastardly ways, but that's what makes them so fun! Read up on some of the best villains turns heroes in books:

Is there a character who better embodies the idea of villain-turned-hero than the seemingly malevolent potions master Severus Snape? For most the series we're asked to hate Snape for the cruelty he shows to Harry and his friends, culminating in the discovery that Snape was the one who informed Voldemort about the prophesy that would lead to the deaths of Harry's parents. Oh, and if we weren't certain that he was evil by that point, we also watched him kill Dumbledore. Of course, we eventually learn that we were wrong about Snape the whole time: He was actually working for Dumbledore the entire series, risking his life to keep Harry safe and avenge the death of Lilly Potter, whom he loved. So actually, Snape was pretty much the most interesting, complicated character in the entire series. Ten points to Slytherin!

Some would argue that Satan is a villain through the entirety of Paradise Lost, while others insist that he's a hero from the very beginning (I took a graduate class on Paradise Lost, so I've read way too many scholarly articles arguing both sides). Personally, I think Satan is a weird mix of hero and villain, a character who is slightly different from the others on this list because although he doesn't turn fully good by the end of the epic, he's never fully bad either. True, he purposely enters Eden planning to sabotage God's new creations, which isn't cool. On the other hand, he was banished from Heaven for rebelling against a tyrannical leader and daring to suggest that the angels did not have to answer to God. If you look at it that way and are willing to entertain the notion of God being not such a great guy, Satan's actually pretty brave!

Yeah, yeah, I know we're all in love with Mr. Darcy (I'm as guilty as you are). But we can all agree that he's a total villain for most of the novel, right? When we first meet Mr. Darcy, he's standoffish and insults Elizabeth, refusing to dance with her. He's super judgmental of the (admittedly embarrassing) Bennet family, is rude to Elizabeth for much of the book, and tries his best to break up the budding relationship between Mr. Bingley and Jane, leaving Elizabeth's beloved sister heartbroken and without marriage prospects for months. As it turns out, Mr. Darcy is actually desperately in love with Elizabeth, and in the end, he becomes a dashing hero.

She may be the only woman on this list, but compared to the other guys, she really does some serious damage. Mrs. Coulter is a high-ranking member of the Magisterium, the Catholic Church-like organization that's out to kill our protagonist, Lyra, before she can bring about a second fall from grace. Though Lyra is actually her daughter, Mrs. Coulter doesn't act on any maternal instincts until late in the game. She's willing to murder and manipulate her way to the top of the Magisterium hierarchy, and if some kids happen to get hurt in the meantime, so be it. By The Amber Spyglass, however, Mrs. Coulter has decided she'd rather help Lyra then kill her, and she makes some pretty serious sacrifices to ensure that her daughter fulfills her mission. And you thought that you had issues with your mother.

The Artemis Fowl series was one of my favorite series when I was younger, even though Artemis starts out as a real jerk. Artemis is a 12-year-old criminal mastermind who decides to kidnap a fairy and hold it ransom in exchange for a huge amount of fairy gold. In the beginning, he's borderline sociopathic: He doesn't seem to have any friends other than his bodyguard, he shows very little emotion, and he doesn't care who he hurts in his quest to acquire magical riches. He stalks, shoots, and kidnaps a fairy, for god's sake! He's also not above poisoning another fairy to get information and secretly drugs his entire family. That puts him in pretty solid villain category. Fans of the series know, though, that Artemis eventually exchanges much of his gold to heal his depressed mother and goes on to help the fairies in various other capers. But still, for a while there, he's a real dirtbag.

See also: the Grinch. We all know the story of Ebenezer Scrooge: a mean, selfish old man who is cruel to his employees, refuses to help the poor, and loves nothing but his money. Unlike the rest of the characters on this list, though, Scrooge has a little help in finding the motivation to right his past wrongs: He's explicitly told by the ghost of his old business partner that if he doesn't clean up his act, he'll be damned for all eternity. Nothing like the thought of eternal damnation to really light a fire under you. I don't really have to remind you how the story ends, do I? Three ghosts, some time-travel, a lot of guilt, and of course final redemption (though I think it might be cheating to get someone to repent by having a terrifying Grim Reaper show them their own death). God bless us, everyone.

Jaime Lannister, A Song of Ice and Fire series by George R.R. Martin

Try to stop thinking about the gorgeous face and golden hair for a minute and remember what a truly terrible human being Jaime Lannister was in the early days of the series. While having sex with his sister at Winterfell, he's caught in the act by the young Bran Stark. How does Jaime react to the interruption? By pushing the child out of the window to his apparent death. It's pretty hard to become a good guy after you've killed a kid. Surprisingly, however, Jaime significantly improves over the course of the books. We find out he had pretty good reason to become the Kingslayer, and he saves Breinne of Tarth from rape and death. It still doesn't make up for throwing a kid out of a window, but nobody's perfect, right?