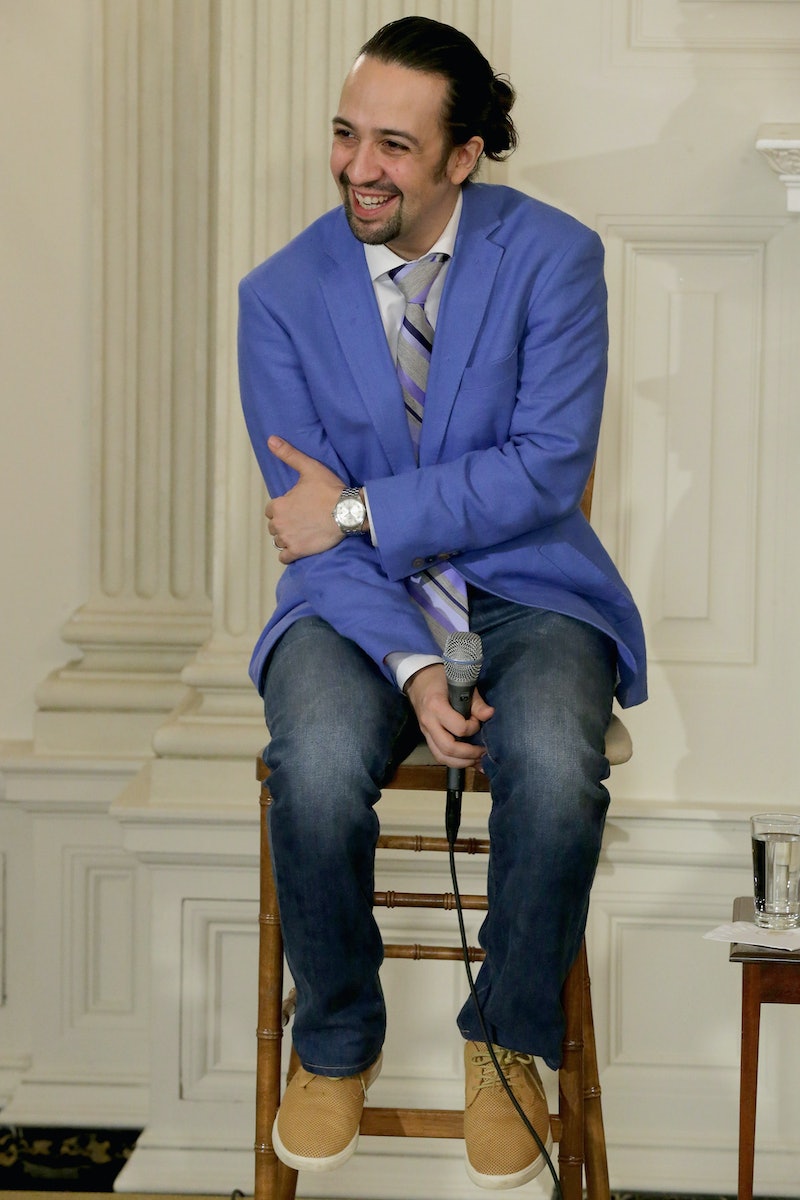 Ever since Hamilton burst onto Broadway, the world has been pretty much hooked on one question: how did creator Lin-Manuel Miranda get so great? Well, now we have the answer: Lin-Manuel Miranda has revealed his favorite authors. As all book-lovers know, your favorite authors can be seriously influential — so the following list of writers could well be the key to success. Read a couple of these before bed each night and maybe you'll grow up to write your own hip-hop musical.

As he told The New York Times, the authors Lin-Manuel Miranda most admires include the Pulitzer prize-winning Junot Diaz, Big Magic author Elizabeth Gilbert, and poet Sarah Kay — but it doesn't stop there: Miranda added that there were "too many to list." As a child, Miranda was devoted to Roald Dahl, Madeleine L'Engle, the wonderful Judy Blume... Basically, Lin-Manuel Miranda is all of us.

But then he really starts to dig deep. According to Miranda, Things Fall Apart by Chinua Achebe makes those who read it become "different people"; no wonder it was Miranda's favorite book to teach to high school kids. And the book that made him the person he is today? Well, that honor goes to Nilda by Nicholasa Mohr. BRB, adding it to my Amazon basket.

Of course, we all know that the inspiration for Hamilton was Ron Chernow's biography of Alexander Hamilton, so it's no surprise that Miranda's favorite genre of book is biographies. But he had some pretty powerful words to say about novels, too. According to Miranda, "to create a world using only words is the closest thing we have to magic."