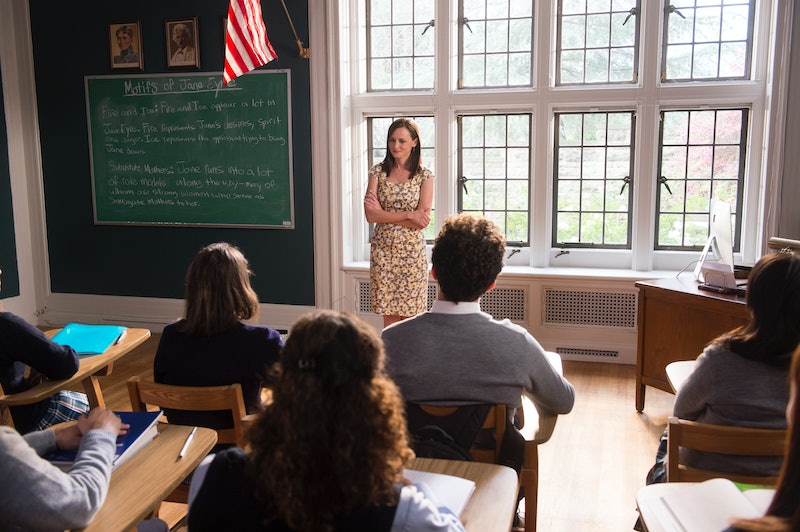 It seems like every day I wake up saying to myself, “Man, this Gilmore Girls revival can’t get any bigger.” With almost every single cast member from the original series returning for the revival, it seems like the casting news should be running dry these days. But somehow, every day, there’s more news that someone else is joining the revival and reprising their original role on the show. Like Emily Bergl, the actress who played Francie, a Chilton original, who confirmed via Twitter on Friday that she would be returning to Stars Hollow for the revival. But when Bergl also posted a picture of a Chilton blazer, I started to wonder what all of this meant for the revival.

A small character returning for a limited run series? A Chilton blazer popping up on her social media account? A publicity shot of Rory Gilmore at the head of a Chilton classroom? I’m starting to really wonder what sort of role Chilton is playing in the revival. I mean, sure. Chilton playing a small part in the revival is possible. The multiple pictures could mean a reunion or some sort of alumni gathering occurs during one of the four mini-movies. But given that the girls graduated from Chilton in 2003, there’s no major anniversary looming to justify a reunion.

The more exciting possibility is that either Paris or Rory is teaching at Chilton. This would make Rory’s appearance at the head of the classroom understandable if she’s either leading a class for work or making a guest appearance in her friend Paris’ classroom.

But what I think Bergl’s recent photo suggests is that Chilton plays an even bigger part in the revival than previously expected. I’m going to go out on a limb here and say that this photo might mean that both Rory and Paris are working at Chilton these days, and that Chilton will figure prominently in the revival because of it. Can’t you just picture it? Paris and Rory, back together again, egging each other on with their competitive friendship, supporting each other when times get tough at work and in their personal lives.

I think it’s a dream made in Gilmore Girls revival heaven. I’m just hoping this most recent picture means big things in store for Chilton and for Rory’s storyline.