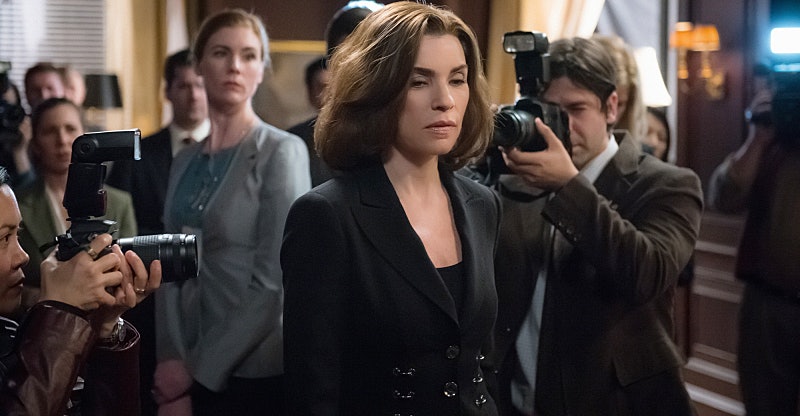 You'd think things between Alicia and Jason couldn't get anymore complicated, and yet with Peter accused of taking a bribe as State's Attorney and Jason working for Peter's lawyer on The Good Wife , it happened. In 'Landing,' Jason found himself in an awkward position when he was hired by Mike Tascioni, Peter's lawyer, to investigate what the evidence is against Peter in his case after he's arrested. To make matters worse, Jason was already off balance after Alicia announced her plans to divorce Peter. Despite all the complications, things with Alicia and Jason are getting serious on The Good Wife , but is this relationship going to make it?

When Jason and Alicia first started seeing each other, he made it clear that he wanted things to be "simple." In fact, he was hesitant to start anything because having an affair with the Governor's wife is, without question, not simple. So it wasn't all that surprising when Jason had a momentary freak out when Alicia announced she was getting a divorce, even though she made it clear she wasn't divorcing her husband for him. But when Jason was hired by Tascioni to help with Peter's defense, it just got weirder.

Jason helped Peter, without Peter knowing, and even questioned Cary about the case, but the entire thing was very awkward. Once Peter found out about Jason's involvement, he wasn't too pleased either. Alicia, however, has yet to hear about the whole twisted affair. She was busy defending a client in Canada. When she returned, Jason asked her what she wanted and she told him she wanted him. She's complicated, and it's not simple, but she wants him. It looks like we'll just have to wait and see how Jason handles complicated.