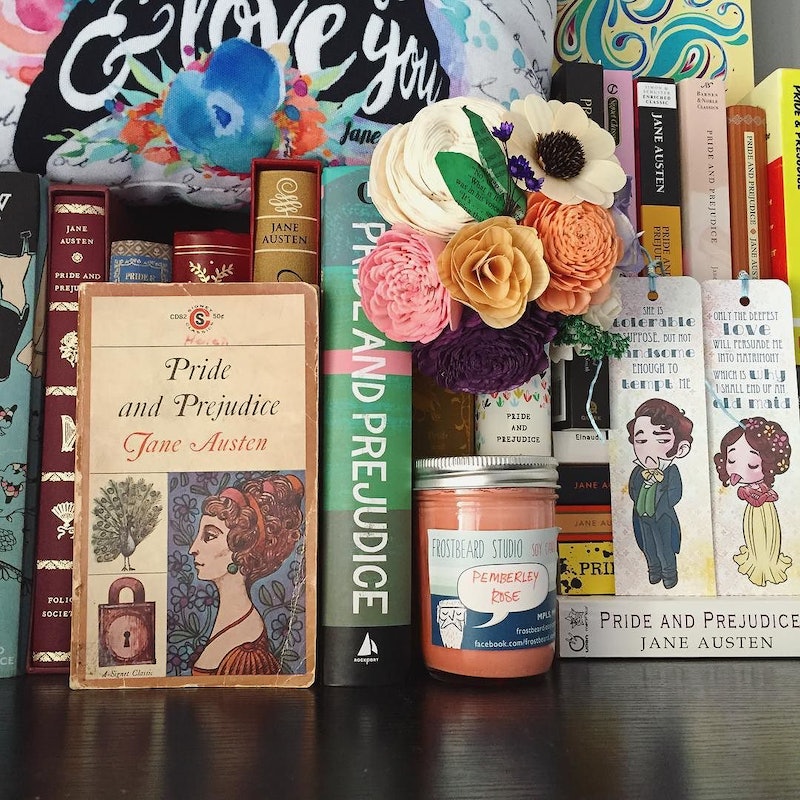 Quick, think of some of your favorite couples in literature. Maybe you prefer star-crossed lovers, best friends that fall in love, or particularly unlikely pairings. Personally, I've always had a soft spot for enemies that eventually put aside their differences and fall for each other.

Love-hate relationships often have a much more interesting dynamic than your standard fairy-tale or meet-cute love story. Yes, it's great to see two people who are obviously perfect for each other find happiness, but what about focusing instead on a slightly more complicated kind of love? After all, in real life relationships tend to be much messier than they are in fairy-tales.

My favorite thing about love-hate relationships, though, is how complex the characters involved in them tend to be. They’re often funny, flawed, and deeply relatable, and most importantly they show that the path to true love is typically pretty bumpy. I don’t know about you, but some of my past romantic encounters have much more closely resembled a Beatrice – Benedict dynamic than any kind of grand, romantic love story. Romeo and Juliet ? Not quite. Bridget Jones’s Diary? Definitely a more accurate depiction of my love life.

The five novels below have some of my favorite love-hate relationships. Some of them are more relatable than others (you probably aren’t a young woman wed to a literal demon, but then again I don’t know your life), but all of them have that perfect blend of passion and hatred that I look for in my literary couples.

Arguably, Elizabeth Bennet and Mr. Darcy have the best love-hate relationship ever. They're as close to enemies as a man and a woman in polite Victorian England society can be: Mr. Darcy is unforgivably rude to Elizabeth and her family and attempts to sabotage the relationship of her beloved sister Jane and his best friend, while Elizabeth befriends his archenemy and refuses his marriage proposal on the grounds that he's the worst. Doesn't exactly seem like a match made in heaven. Of course, we soon find out that Mr. Darcy isn't actually a horrible jerkface, and he ultimately rights all of his past transgressions against Elizabeth, paving the way for them to become the perfect Austen pairing.

Ok, maybe Bridget's relationship with Mark Darcy rivals Elizabeth and Mr. Darcy's, but that may be cheating since one is based on the other. Take the entry above and set it in modern England. Now make Elizabeth a funny if ditzy woman who's a heavy drinker, chain smoker, eternal diet-er, and appears incapable of holding down a adult relationship. Make Mr. Darcy...well, actually, Mark Darcy and Mr. Darcy are pretty similar already, so leave that one alone. The point is, even though Mark finds Bridget embarrassing and vulgar at first, he eventually accepts her, flaws and all. And Bridget is able to look passed the fact that Mark is kind of a prat in the beginning. See, love always finds a way!

3. Much Ado About Nothing by William Shakespeare

Benedict and Beautrice are my favorite couple in all of Shakespeare, because unlike other unlikely Shakespearian pairings (Katherine and Petruchio, I'm looking at you), they genuinely seem to love each other by the end of the play. It's implied throughout the play that Beatrice and Benedict have past history, romantic or otherwise, that has lead to them hating each other. Their friends plot to bring the two together, however, by convincing each that the other is madly in love with them. This flattery awakens their passion, and despite a few missteps (like Beatrice demanding that Benedict kill his friend to prove his devotion to her), by the end the two are on track to marry... though they never stop bickering.

This goes a little beyond a love-hate relationship. Nyx is actually raised to kill her betrothed, the Gentle Lord, a demon who has been tormenting her town for years. Her father made a bad deal with the Gentle Lord and ended up having to pledge one of his twin daughters to be the demon's wife when she came of age. So Nyx has spent her entire life knowing that she was born to be the bride of a monster, hoping that she'll be able to kill him before he inevitably kills her. But, in typical YA-fantasy fashion, the two actually fall madly in love with each other. What's extra fun about this pair, though, is that despite being in love, they pretty much never stop trying to kill each other, which leads to a pretty interesting relationship dynamic.

5. A Scandal in Bohemia by Sir Arthur Conan Doyle

Alright, simmer down all of you Sherlock Holmes fans that are shouting, "But they're relationship isn't canon!!!!" Yes, technically in the original Sherlock Holmes stories, there is nothing romantic about the relationship between Irene Adler and Holmes, which begins when Holmes is hired by the King of Bohemia to steal back an incriminating picture of him with Adler. In fact, Watson, our narrator, goes out of his way to make it clear that there's no funny business going on. That being said, there is totally something romantic going on between these two, and I will not hear otherwise. Irene Adler is one of the only people, and definitely the only woman, to outwit Sherlock Holmes, and he's so impressed with her that he asks his employer, the King of Bohemia, to pay him by giving him a picture of Adler. Doesn't that scream love to you?