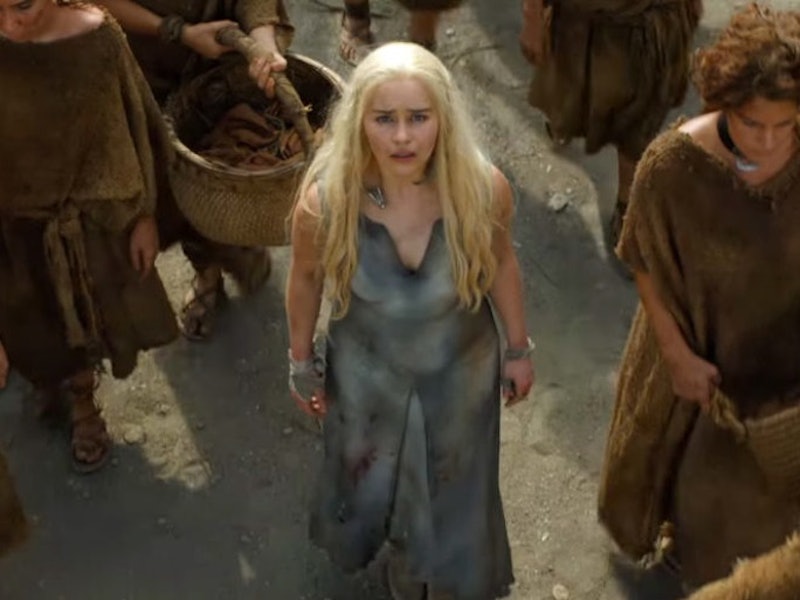 After months and months of waiting and obsessing, the Game of Thrones Season 6 premiere is finally here! What will Daenerys' experience with the Dothraki army be like? Is Arya permanently blind? Is Jon Snow really dead? We are *thisclose* to having these questions answered at long last. However, much like the people of Westeros, there are still many potential dangers ahead of us before that blissful moment occurs — one in particular being the fear that HBO Go will crash during the Game of Thrones Season 6 premiere. Given how popular the HBO series has come to be, the prospect could undoubtedly create an upset for those who solely depend on the streaming service to get their Thrones fill.

A similar disaster happened during the Season 3 premiere and finale due to the sheer volume of people trying to watch the episode at once. Because, obviously, no one wants to wait a moment longer than they have to before diving back into the GoT terrain. So when the clock strikes 9 p.m. (ET) this Sunday evening, you better believe fans will have their Roku devices standing at the ready, which could cause some sort of technical difficulty. Although, astute fans will remember the streaming service didn't have any difficulty all of last season, so perhaps we'll be lucky this time.

I pray to the gods (both old and new) that this won't happen, but in case it does, keep calm and try channeling your favorite characters as a way to get through these difficult times.

The streaming service wouldn't dare cross the Mother of Dragons or anyone else who displayed her strong and dominating presence.

Get down on your knees and PRAY that someone over at HBO GO is on top of this. And I mean ASAP.

The site will rue the day it ever dared to mess with you.

What doesn't kill you makes you stronger, right?

Be Like Jon Snow & Accept The Hand Fate Has Dealt You

Even someone who knows nothing can recognize a terrible situation when they see one. Just try and power through. Tech support is coming!

At least then you're buzzed and miserable, right?

Good luck, everyone, and may the streaming gods be with you!