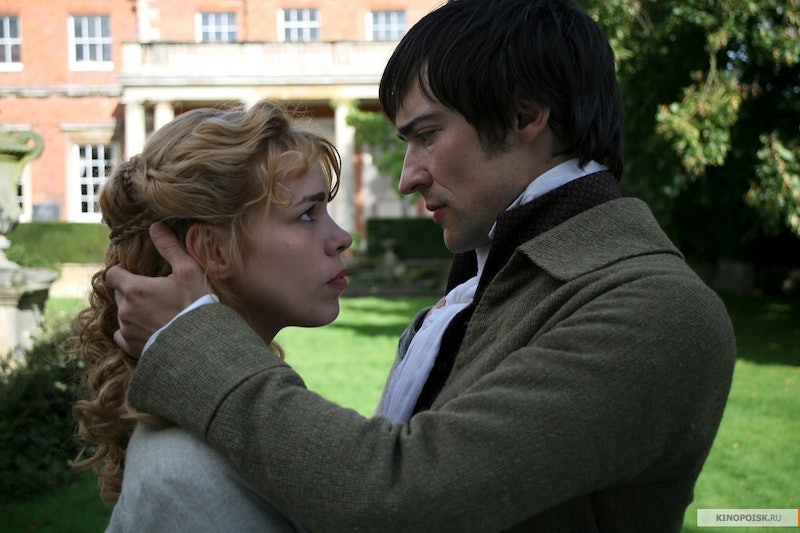 Though Jane Austen fans could spend forever debating their favorite novel (mine is the classic Pride and Prejudice , though Persuasion gives it a run for its money), you don’t often hear Janeites pick Mansfield Park as their number one choice. While Janeites prize certain novels for the romantic lines, or others for sharp wit and hilarious depictions of characters, it seems that Mansfield Park always gets overlooked. But, I'm here to tell you that some of Jane Austen's best quotes come from Mansfield Park.

It’s understandable: if Elizabeth Bennet, Anne Elliot, Catherine Morland, the Dashwood sisters, Emma Woodhouse, and Fanny Price all attended a party, Fanny would definitely be the wallflower. She doesn’t have Elizabeth’s wit, or Emma’s commanding presence, or Catherine Morland’s tendency to get swept up in the story. And whereas many of the plotlines in Austen’s other works are still incredibly relatable, it sometimes seems that Mansfield Park is a bit dated. Fanny protests a simple read-aloud play because it’s too scandalous? Does she just hate fun??

But the truth is, despite this novel’s tendency to be overlooked, Mansfield Park still has a lot to offer. Though Fanny is quiet, she sees a lot of beauty in ordinary things, and that’s something to be celebrated. Mansfield Park has its share of dynamic characters and the classic Austen wit… you just have to be patient and look a bit closer to find it. These quotes are a good place to start.

"Selfishness must always be forgiven, you know, because there is no hope of a cure."

"A large income is the best recipe for happiness I ever heard of."

"Here's harmony!" said she; "here's repose! Here's what may leave all painting and all music behind, and what poetry only can attempt to describe! Here's what may tranquilize every care, and lift the heart to rapture! When I look out on such a night as this, I feel as if there could be neither wickedness nor sorrow in the world; and there certainly would be less of both if the sublimity of Nature were more attended to, and people were carried more out of themselves by contemplating such a scene."

"Everybody likes to go their own way—to choose their own time and manner of devotion."

"I think it ought not to be set down as certain that a man must be acceptable to every woman he may happen to like himself."

"When people are waiting, they are bad judges of time, and every half minute seems like five."

If reading could banish the idea for even half an hour, it was something gained.

"There will be little rubs and disappointments everywhere, and we are all apt to expect too much; but then, if one scheme of happiness fails, human nature turns to another; if the first calculation is wrong, we make a second better: we find comfort somewhere."

"I cannot think well of a man who sports with any woman's feelings; and there may often be a great deal more suffered than a stander-by can judge of."

"A watch is always too fast or too slow. I cannot be dictated to by a watch."

"To sit in the shade on a fine day, and look upon verdure, is the most perfect refreshment."

"You must really begin to harden yourself to the idea of being worth looking at."

Her own thoughts and reflections were habitually her best companions.

Every moment had its pleasure and its hope.

"If any one faculty of our nature may be called more wonderful than the rest, I do think it is memory. There seems something more speakingly incomprehensible in the powers, the failures, the inequalities of memory, than in any other of our intelligences. The memory is sometimes so retentive, so serviceable, so obedient; at others, so bewildered and so weak; and at others again, so tyrannic, so beyond control! We are, to be sure, a miracle every way; but our powers of recollecting and of forgetting do seem peculiarly past finding out."

"I am very strong. Nothing ever fatigues me but doing what I do not like."

"You have qualities which I had not before supposed to exist in such a degree in any human creature. You have some touches of the angel in you beyond what—not merely beyond what one sees, because one never sees anything like it—but beyond what one fancies might be. "

"I would rather have nothing but tea."

Let other pens dwell on guilt and misery.