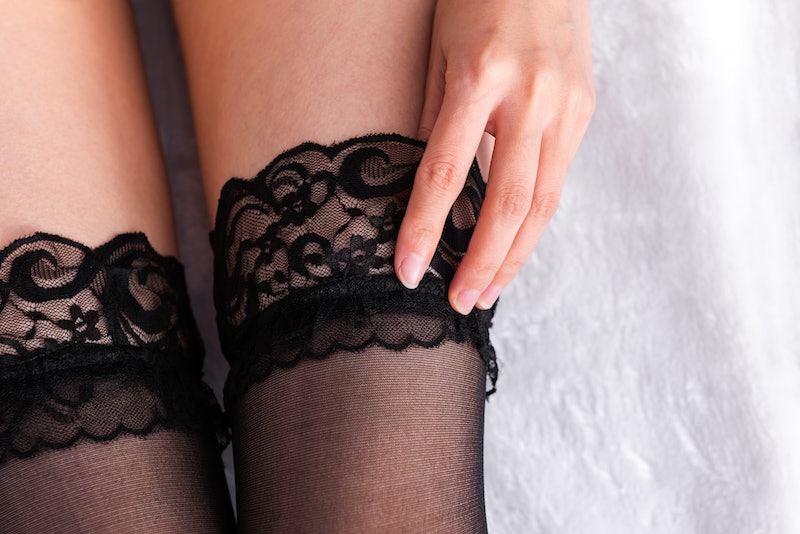 People around the world have been devoted to Fifty Shades of Grey since the series first debuted in 2011. Despite its success, however, all sorts of criticisms have been leveled against E.L. James' kinky tale. The latest mark in the minus column comes from a new study published in the Archives of Sexual Behavior, which suggests female readers of Fifty Shades are sexist — or at least more so than their non-Fifty Shades-reading peers.

Using a sample of 715 women between the ages of 18 and 24 who were randomly selected from a large university in the Midwest, researchers asked participants questions about the Fifty Shades books and about their views on sex, gender, and relationships. Queries about the latter were drawn from The Ambivalent Sexism Inventory, which analyzes both hostile and benevolent sexism, and has been shown to reveal the ways people approach power relations, gender roles, and stereotypes. (Sample questions include: "Women seek to gain power by getting control over men’’ and "Women should be cherished and protected by men." Yikes.)

Once the results were synthesized, women who reported reading at least one of the Fifty Shades books also showed higher levels of ambivalent, benevolent, and hostile sexism. In addition, the women who rated Fifty Shades as "romantic" (other options included sexy, deviant, thrilling, boring, degrading, etc.) also scored higher on the ambivalent and benevolent sexism tests.

As the researchers note, correlation does not equal causation, so it's not as if reading E.L. James' BDSM-lite tales will make you more sexist. The women in the study could have just as easily been drawn to Fifty Shades because benevolent sexism gets 'em all hot and bothered, and they're down with the whole man-as-protector thing.