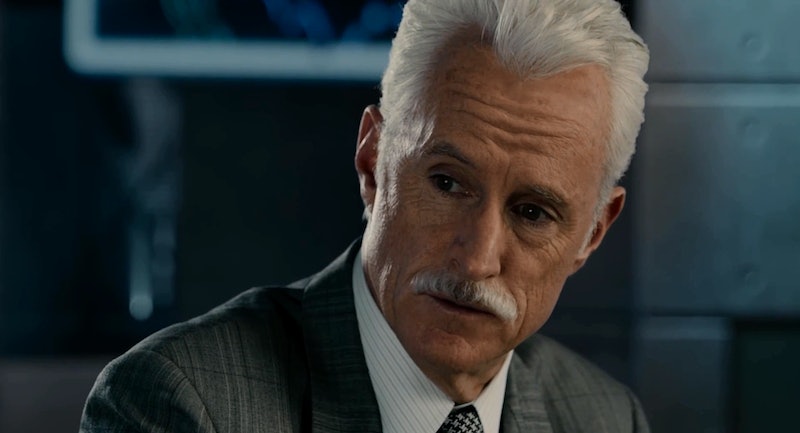 The central debate at the heart of Marvel's Captain America: Civil War has to do with Iron Man and Captain America having a disagreement over whether or not the government should have jurisdiction over the Avengers' actions via the Sokovia Accords. This leads into the second, more intense part of their squabble, which involves Cap's loyalty to his friend Bucky versus Tony Stark's desire to arrest him. But there is a third part of the conflict, and it involves the murder of Iron Man's mother and father. And the person who killed Tony Stark's parents is a total surprise.

The film handles this event a little differently than in the comics. In both incarnations, Howard Stark is the founder of Stark Industries, and played a role in some of the most important inventions and events in the 20th Century. Also, he and his wife Maria are killed in a car crash in both the movie and the comics. However, in the comics, the people behind their deaths is never fully revealed. For most of their history, their death was believed to have been an accident. But in more recent years, it has been implied that the crash was no accident, and was instead orchestrated by an outside source.

There are two completely different suspects for the crash in the comics. The first is the V-Battalion, a secret society formed during World War II to help fight the Nazis, and one who continues their mission of keeping world peace in the current Marvel Universe. Howard is believed to have been a member, but he must have ticked them off at some point if they were the ones who targeted him. Another corporation who may have planned the death of the Starks is the Roxxon Oil Company, which is implicated in the Iron Age storyline. Their name may be familiar to fans of the MCU, as the business showed up in Season 2 of Daredevil as a front for the Hand.

Although the comics never definitively reveal the killers of the Starks, Civil War leaves no doubt as to their identity [Spoilers to follow]. The Starks' murder was arranged by HYDRA to look like a car accident, but the man who did the actual killing was the Winter Soldier. That's right, Cap's friend Bucky, while brainwashed, murdered Howard and Maria Stark after their car crash and makes it look like an accident. This revelation is what causes the final fight between Iron Man and Captain America when Iron Man not only learns the truth, but also finds out that Cap knew as well and kept it from him.

So in both the movies and the comics, Tony Stark's parents are killed in a car accident that isn't actually an accident. And while the comics never make clear who the culprit was, the movies leave no doubt. Because of the uncertainty in the comics, and because of the comics' apparent desire to be more like the movies as of late, I wouldn't be surprised if the comics' story becomes retconned to show that the Winter Soldier killed the Starks in that universe as well. Anything to make Tony and Cap hate each other a little more.