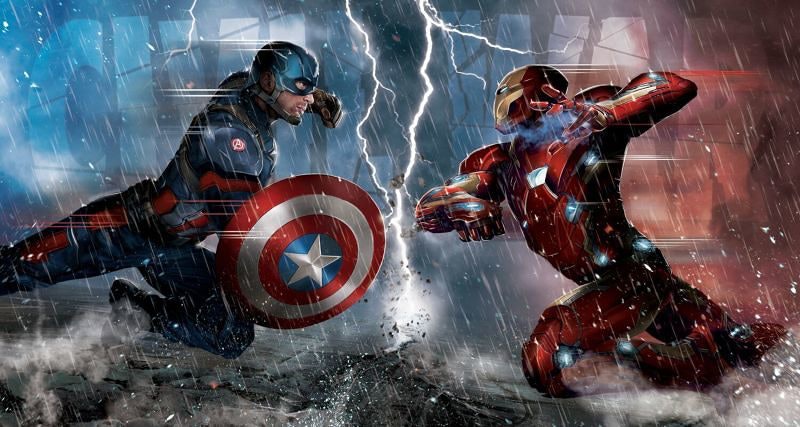 The Marvel Cinematic Universe continues to expand with its 13th(!) installment, Captain America: Civil War, hitting theaters in May. The film is set to be the biggest event the House of Ideas has produced so far; with more characters, more conflict, and more at stake than ever before. Not only that, but the film is perhaps more directly influenced by a specific story from the pages of Marvel Comics than any other movie in the MCU. The comics' version of "Civil War" played out a bit differently than the film is expected to, but it hits a lot of the same notes. Therefore, it might be possible for fans to guess what will happen in the movies by looking at what the fallout was from the comics. So, what happens after Marvel Comics' "Civil War"?

It's worth noting that the movie isn't expected to mimic the comics' story exactly. One reason for this is that Marvel Studios doesn't own the film rights to several characters who feature prominently in "Civil War" and its aftermath, like anyone associated with the X-Men or Fantastic Four. Having said that, the movie is still going to follow the same basic premise of Iron Man and Captain America leading opposing teams of heroes against each other over conflicting ideas of what role the government should have in dictating superheroes' actions. So just in case the movie ends up sticking pretty closely to the script, here's what happens after the dust settles in the comics' version of "Civil War". Possible spoilers ahead!

The most notable event by far is the death of Steve Rogers. Tony Stark ends up victorious in the battle over superhero registration after Cap surrenders, but as Rogers goes to turn himself in to the authorities, he is assassinated on the steps of the courthouse. Years later he is brought back after it's revealed that he never technically died, but at the time, the death of Captain America was a pretty big deal.

This would be an interesting twist for the film to follow. Following his victory in the war, Stark is rewarded with title of S.H.I.E.L.D. director, essentially giving him governance over other superheroes. He establishes the 50 State Initiative, which calls for a superhero team in every state (seems a little unfair, since California will probably need more help than, say, Delaware).

Iron Man forms a new official Avengers team, the Mighty Avengers, while Cap's former allies from the war go into hiding, now referred to as the New Avengers.

After Cap's death, his old pal the Winter Soldier takes up his mantle... at the suggestion of Iron Man. His identity is kept a secret, which is in violation of the Superhero Registration Act Iron Man just fought for, so Stark supports him illegally out of respect for Rogers.

One aspect of the comics that the film doesn't seem to be incorporating is the inclusion of supervillains in the fight. Iron Man pulls out all stops, including using bad guys on his side, to make sure that he wins the "Civil War". As a result, after it's all said and done, a new Thunderbolts team forms made up of villains and led by Spider-Man's nemesis, Norman Osborn. This group of baddies is given the task of tracking down and arresting rogue unregistered superheroes.

Sometime after the events of "Civil War" comes this next huge crossover event. In it, it's revealed that the shape-shifting alien Skrulls have taken the place of a number of well-known heroes in order to sew chaos from within and pave the way for a large-scale invasion of Earth. The MCU will have a hard time pulling this off, since the film rights to the Skrulls belong to Fox, but if the two studios can work out a deal it could make for a great film storyline.

Fans already know that Infinity War is the next massive event to take place in the MCU, but that doesn't mean they know all of the details that happen between now and then. Civil War will undoubtedly have some fallout that affects the movies moving forward, and the films very well may look to the comics for inspiration.