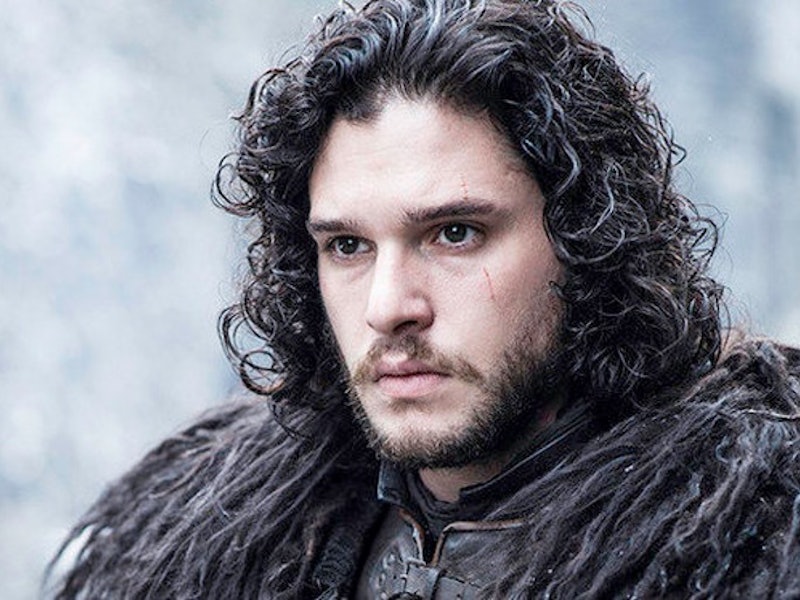 Can you believe it's been over 10 months since fans worldwide freaked out over Jon Snow's alleged death on Game of Thrones ? But if you thought good things would come to those who wait, Sunday night's big premiere certainly proved that saying wrong. We hoped for it. We wished for it. We prayed to the gods (both old and new) for it, and yet our dream still refuses to come to fruition. Jon Snow wasn't resurrected on Game of Thrones and, quite honestly, the disappointment of it all is pretty unbearable.

I mean, OK. There's a small part of me that kinda gets it. With everyone waiting with baited breath to find out whether or not Jon Snow is truly gone for good, it's understandable for the writers to want to keep the suspense going as long as possible. But that still doesn't prevent me from feeling extremely disappointed with our lack of answers all the same. So am I disappointed? Of course. But has it wavered my opinion about Jon Snow's return? Not in the slightest. He simply has to come back. There's no question about it... right?!?!

Sure, it's going to make for a super awkward reunion between him and his fellow Night Watch members. You know, considering the fact that they just mutinied on him and quite literally stabbed him in the back and pretty much everywhere else. (Thankfully, his hair still looks amazing though. Even in death.) But there's no way Melisandre's return to The Wall was a mere coincidence. And now that we know just how powerful she truly is (enough to mask her true form), it's only a matter of time before she wields some of that powerful Lord of Light magic she's always talking about and uses it to bring Jon Snow back to the land of the living.

Or, you know, we should just throw in the towel and finally except what we've been denying since Day 1: that Jon Snow really is dead for good and not even an age-defying magical necklace can do anything to change that fact.