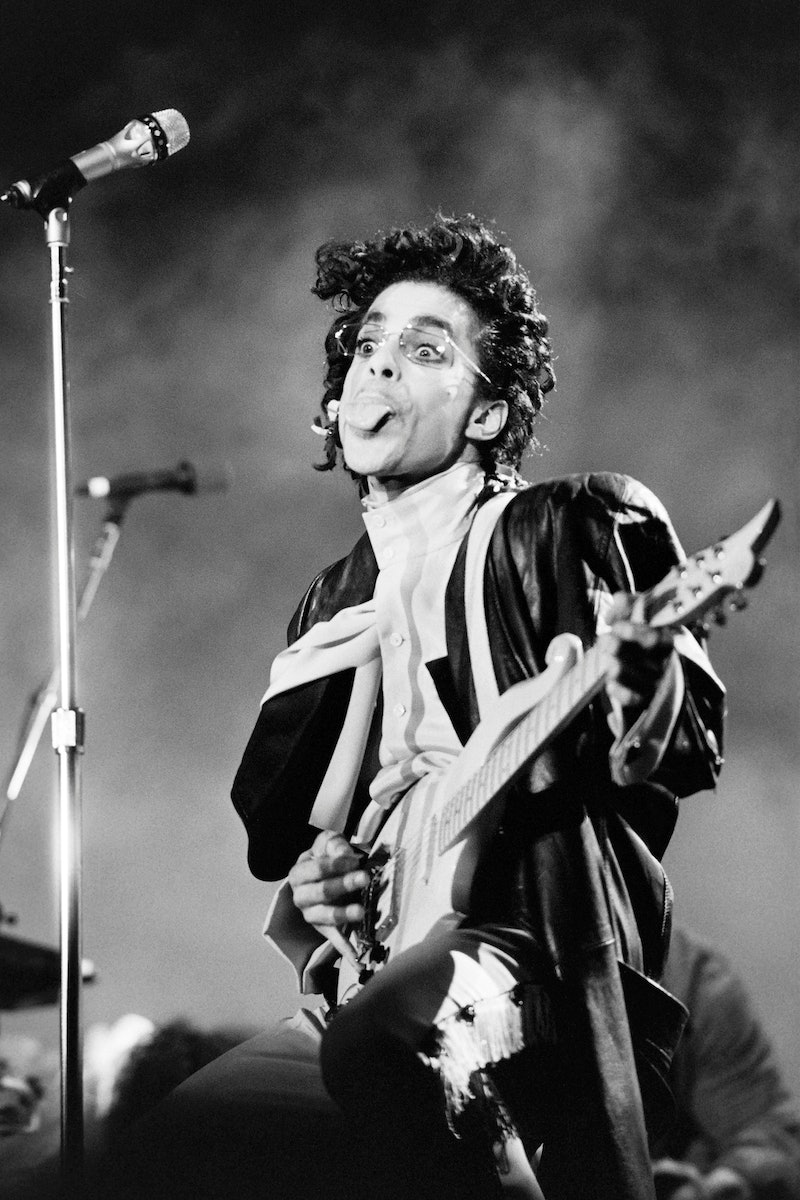 When “Purple Rain” comes on in an Applebee’s in Times Square, the entire restaurant stops their chatter to sing along. I am 17 years old, and I am being inducted into New York as a future resident. We sing loudly, theatrically, celebrating the artist known only as “Prince;” a man who perms his hair, walks in heels, and performs in eyeliner. A black man who once sang, “I am not a man; I am not a woman; I am something you will never understand.” We love this man — no, this someone, and we want the world to know. As a queer black woman, who typically identifies as femme but has often transgressed into more masculine territory, I saw Prince as an inspiration. Back in my days of prolific Tumblr-ing, it soothed my soul to see his explicitly femme sensuality celebrated and emulated, reminding me that queerness was exciting, powerful, and could be appreciated by everyone, anyone — even the mainstream.

Yesterday afternoon, the world lost its prince. TMZ first reported his death and my Facebook feed, filled primarily by black and queer people, was flooded with disbelief, demands that people hold their tongue and wait for absolute, unequivocal proof before spreading blasphemy. When such proof was finally procured, confirmed by his publicist, we each, in our own ways, fell apart. I retreated to memories of blasting "Little Red Corvette" on repeat throughout my house as a child. I refused to speak to my friends and family members who tried to talk to me about his death.

I'm heartbroken and even still in disbelief. It was almost like Aaliyah's death all over again for me, when I was 10, hiding in my bedroom and telling myself it wasn't true, that she'd back, that it was all a very cruel joke. I wanted Prince's death to be just some cruel cosmic joke.

As a queer black woman, who typically identifies as femme but has often transgressed into more masculine territory, I saw Prince as an inspiration. It soothed my soul to see his explicitly femme sensuality celebrated and emulated, reminding me that queerness was exciting, powerful, and could be appreciated by everyone, anyone — even the mainstream.

It may be confusing to some why Prince is so mourned by people like me in the queer community, when he has faced controversy in the past for distancing himself from any perceived allegiance. The fact is, regardless of his social viewpoints, Prince was one of us —uniquely queer in his persona and approach to life, and empowering us all to follow in his footsteps.

1) He eschewed the concept of “sexual decency.”

Queer people are often told that our very being, and thus any individual act, is indecent. In my own experience, I have been made to feel that my identity is shameful; my romantic endeavors impolite dinner conversation. Prince made us all question what sexual decency even meant, daring to push us far beyond our comfort zones by singing steamy, explicitly sensual lyrics that transformed the music scene, and he reveled in the controversy that followed.

Prince refused to be tied to any specific binary. In a world that praises hypermasculinity, Prince chose to wear eyeliner and perform in frilly blouses, not only towing the line of androgyny but spilling forth into outright femininity, a form of expression that is even criticized in the queer community in a persistent holdover of misogynistic patriarchal values. Prince was the type of man I learned I could be attracted to; turned on by. He helped me discover that, as a cis woman who typically identifies as femme, that it was not just "maleness" or "femaleness" that defined my sexuality, but playfulness, daring, and femininity.

3) He disregarded expectations of sexual identity based on his gender presentation.

When a person who is recognized as male acts femininely, that person is expected to be gay. That is, to be attracted to other men. Sure, some people still think that may be true for Prince. But the Purple One himself sang voraciously about women and had a slew of ladies on his arm throughout his career and life, rejecting the notion that his gender expression needed to have anything to do with his sexual identity. It's taken me a long time to get to the point where I identify as queer — as something other —rather than bisexual or lesbian, and that's because I've had to realize that my gender identity and gender expression had nothing to do with who I wanted to date, or sleep with, or potentially build my life with. Others tried to push me into a label or corresponding expression that felt comfortable for them, but I've learned that how I dress and present myself to the world is about me, and not my romantic partners.

There was a time when Prince distanced himself from his own name and chose to become only a symbol — what he called a symbol of love, which was a combination of the signs for male and female, to reflect his music. Frustrated by the fact that his name had become trademarked and used as a tool, Prince threw it and its associations away all together, choosing his own identification, something without a name, and forcing people to bend to its oddness and accept it.

5) He did not give a damn about what anyone thought.

At the BET Awards six years ago, while accepting his Lifetime Achievement Award, Prince wore a flow-y, decorative shirt WITH HIS FACE on it. This was a man who loved himself, trusted his art, and didn’t give a damn what you thought about it. For me, this has been key. In order for me to live my truths, I've had to risk losing friends, family, jobs, and other opportunities for living life as a stable and whole person. I've had to be very certain of who I was and be happy about it to survive. Prince continues to teach me that this is possible; that there is such a thing as freedom.

Being queer isn’t just about being attracted to the same sex. (And, if you don’t identify with anyone one gender, or if you identify with multiple, that is not a useful definition.) To be queer for many of us often means to choose a life outside of the binary, which means taking a crash course in not caring what other people think, naming yourself and your path, and defying the boundaries of other people’s expectations. Prince embodied these things — demanded them for himself and dared others to shame him for it — and for that, I will always adore him.

More like this
Johnny Sibilly Makes “Gay Shit”
By Hugh McIntyre
GIRLI & Q Fell In Love At A Skatepark & Never Looked Back
By Jessica Morgan
8 Flirty Games To Play Over Text With Your Crush
By Lexi Inks
Are Cancer & Sagittarius Compatible In A Relationship?
By Kristine Fellizar
Get Even More From Bustle — Sign Up For The Newsletter