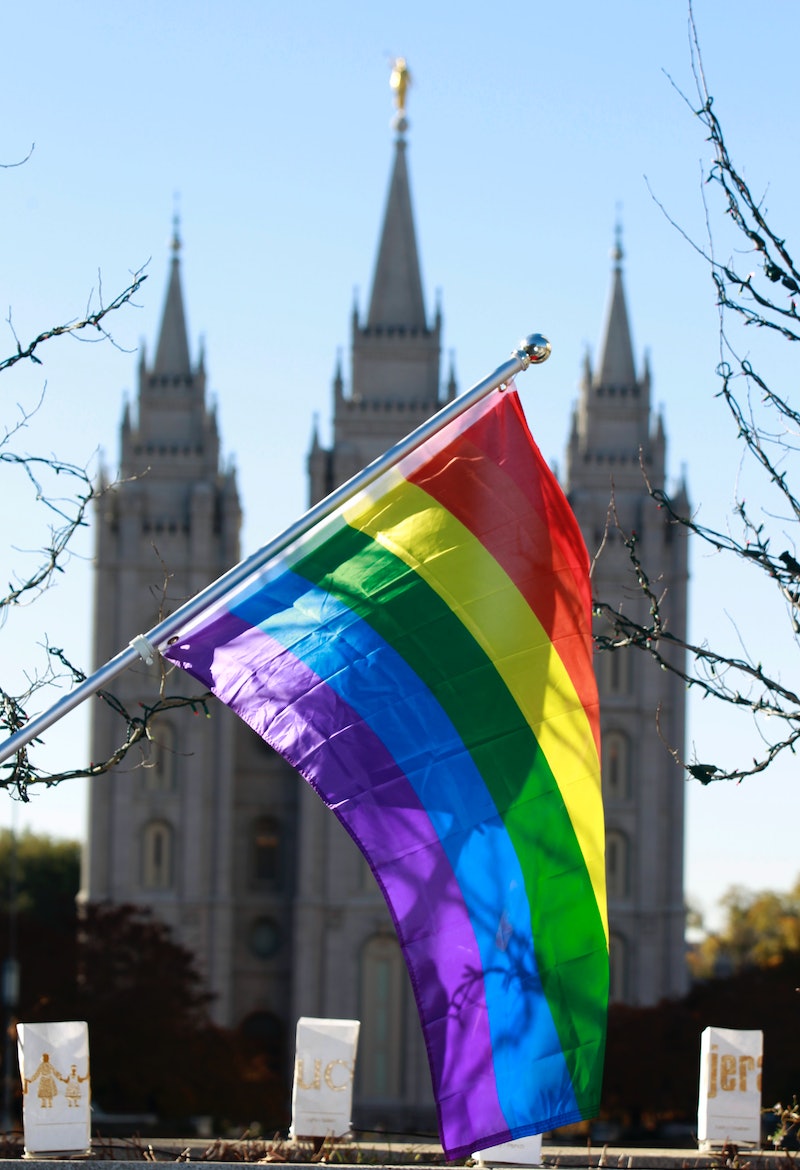 For LGBTQ people, coming out about their sexual orientation is often a complex, complicated process. Still, a lot of people wonder: Why don't LGBTQ people come out to everyone? Say, for example, your gay friend who is out to you, but not their parents. Or your bisexual friend who is open about their orientation at home, but not at work. For some people, this can be confusing — once someone goes through the process of coming out, aren't they just... out?

The short answer is: No. Basically, when LGBTQ people come out, it's usually an ongoing process that continues for life. Even if you think it's "obvious" what someone's sexual orientation or gender identity is, LGBTQ people have to repeat the coming out process with every new person they meet. In some situations, this conversation is a worthwhile investment. In other scenarios, there's less incentive to breach the subject. At the end of the day, coming out is an intensely personal decision, and it applies to nearly every interpersonal relationship LGBTQ people have in their lives. Unfortunately, it isn't a conversation that happens once and is easily wrapped up. So while many LGBTQ people are out in some aspects of their lives, it's highly possible they keep their orientation or identity under wraps in other areas.

Here are some of the scenarios LGBTQ people may not come out, for fear of their safety or livelihood:

1. You Could Lose Your Job

That's right: In 22 states, you can be fired for being gay. In 32 states, you can be fired for being transgender. Though we've made big strides overall in terms of marriage equality, there's still a long way to go, and many people have a legitimate fear of losing their jobs because of their sexual orientation or gender identity. Even if someone is out in most aspects of their life, many people choose not to come out at work because the risk is just too great. What may seem like innocous lunch room chatter about dating and relationships can become very awkward (if not worse) for LGBTQ people if they're accidentally outed.

For many LGBTQ people, the hardest people to come out to are your own family. Perhaps it's because your family has a set of religious or moral beliefs that dictate their feelings on the LGBTQ community in general, or perhaps you've been raised with a set of gender norms that are not inclusive to the queer community. No matter what the situation is, if you're hesitant to come out to your family, it's OK and normal to be harbor apprehension about it.

There are all sorts of approaches to coming to your family, of course, and for a lot of people, this process is very intimate and personal. Being outed by someone else, though, can lead to a ton of unnecessary drama, confusion, and pain. If someone isn't out to their family, they're likely to be very guarded when talking to people who may inadvertently out them.

3. You Could Out Your Significant Other

Even if your family is in the know, it's totally possible your significant other's family isn't. Now, people have all different comfort levels regarding dating people who "in the closet" in some way (people who aren't out at work, or people who aren't out to their families, etc.) but at the end of the day, it's not someone else's job to pressure someone to come out or to out someone else's orientation or relationship status. People have their own processes and journeys, and it's important to respect their own decisions without imposing yours onto them — even if you have the best intentions.

4. You Could Be At Risk of Physical Harm

For LGBTQ people, coming out is always a risk for personal safety. Even in areas that are typically queer-friendly or socially liberal, there's never a guarantee that an environment is 100 percent safe. Of course, this is true for all minority populations, and to an extent, all people, but LGBTQ people often have to assess their surroundings and determine quickly if coming out is a safe, worthwhile area in context or not. Transgender people are at a particular risk for being victims of hate crimes, with an estimated one in two transgender people experiencing sexual violence at some point in their lives. A mind-blowing 50 percent of hate crimes against the LGBTQ community were committed against transgender women. For LGBTQ people of color, the stakes can be terrifying: In 2009, roughly 53 percent of all hate crimes against LGBTQ people affected people of color.

5. You Could Lose Your Housing

Similar to the fear of losing employment, many LGBTQ people run the risk of losing their housing if they're outed about their sexual orientation or gender identity. The transgender population in particular faces huge obstacles with housing. For example, the National Center for Transgender Equality reports that one in five transgender people has faced discrimination while seeking housing, and one in five transgender people in the United States has experienced homelessness due to their gender identity. When it comes to lacking legal protections, it can be extremely dangerous to out someone, or pressure someone to come out, as the LGBTQ population still lacks many basic equalities.

Coming out is a super personal journey and process, and at the end of the day, it's a decision each individual person makes on a case-by-case basis. While it can initially feel confusing or strange when a friend, coworker, or loved one isn't as "out" as they normally are, or isn't as open about their orientation or identity as you may expect them to be, it's important to step back and remember that each time an LGBTQ person comes out, they're sharing an intimate part of themselves that not only puts them at risk for potential discrimination, but may also be tied with past emotional hardships, like bullying or trauma. The best thing to do is be supportive and remember that coming out is a personal decision, and one people have to make for themselves each and every day.