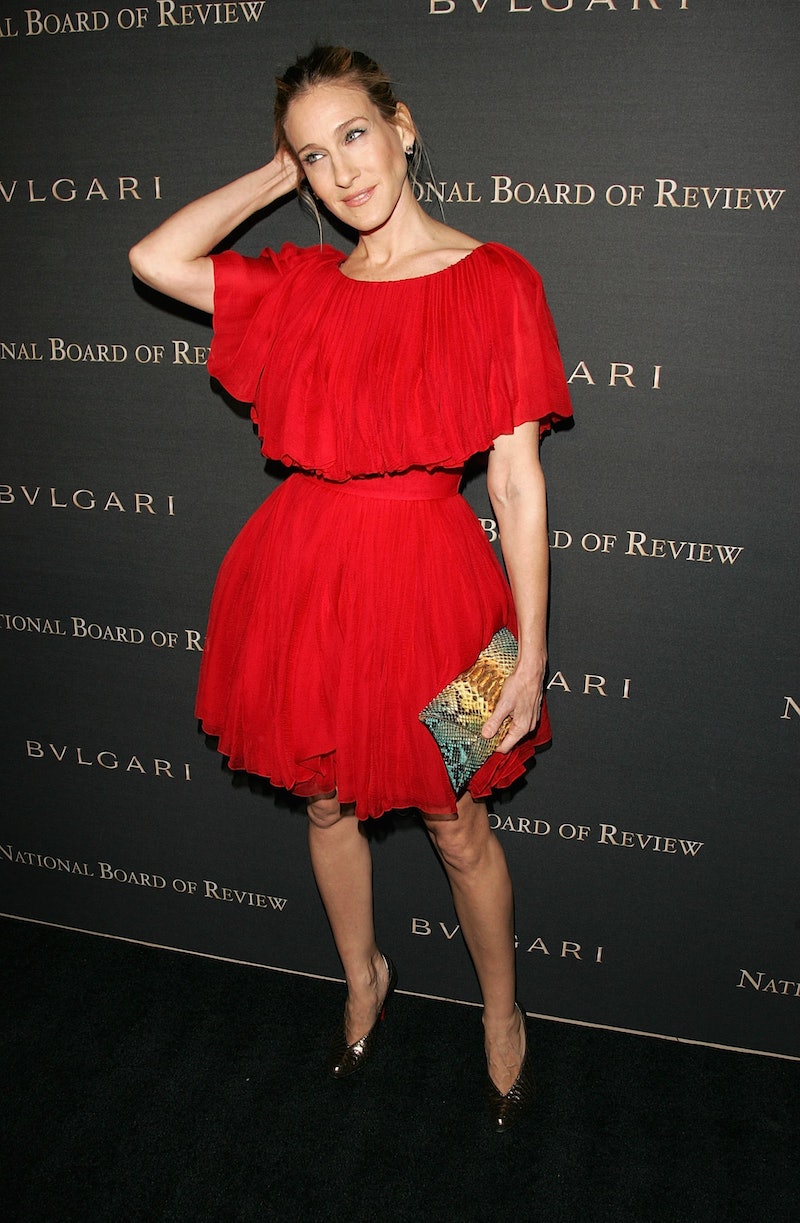 Way back before the Kardashian-Jenner family was taking over every screen, magazine cover, and social media platform, there was a whole different group of trendsetters who inspired fashion throughout the years. No matter what style you loved to rock, there were nine celebrities who inspired your style the most growing up in the '90s and early '00s. These ladies weren't just fashion trendsetters — each and every one of them wore what made them feel best, which inspired their fans to do the same.

I'm a firm believer that fashion and style has the power to change lives, but I wouldn't have learned that without some fashionable women to lead the way. Every time Gwen Stefani came on stage rocking her boyfriend jeans or Sarah Jessica Parker twirled around in a designer dress on the set of Sex and The City, it became clear to me how important finding your own personal style is for your happiness. If you grew up in the same era, before you were able to figure out what your own look would be, these women were there for you to look up to.

According to ParentMap.com, 60 percent of kids say that they want to copy a celebrity's appearance. That means that the fashionable role models that you grew up with probably had a lot to do with what you wore throughout adolescence and even today. Look closely at your own closet, because you can probably see the inspiration from these nine women somewhere in there.

These girls were everywhere growing up and were always rocking the coolest trends. From flipped out hair to bandana tank tops, odds are you tried to mimic an Olsen trend back in the day. If you're a true style fan, you probably even still look up to them today.

It doesn't get cooler than this.

Whether you loved her character on Sex And The City or were more a fan of her IRL look, Parker made just about every girl feel like the right pair of shoes could completely turn your day around.

Not to mention that she's still equally as stylish today.

When Conrad showed up on Laguna Beach, she instantly became a style icon. She somehow had an entire era of girls reaching for jean skirts and thick headbands. There was nothing cooler than her braids and laid-back Cali outfits.

Twelve years and a fashion line later, she's still someone that people look up to for fashion advice.

These five woman wore their personal style everywhere they went. Whether you love Posh's tight black dresses or Mel C's sporty gear, there was a Spice Girl to replicate.

Victoria Beckham even has her own line now.

Stefani never played it safe with her style and proved that it was okay to try out a trend every now and then. She made traditionally masculine trends look super chic and always stayed true to herself.

She's toned down the grunge a bit over the years, but not too much about her quirky style has changed.

Was there anyone cooler than Lizzie McGuire on the Disney Channel? Rhetorical question. Whether it was her on-screen hairstyles or offscreen accessories, Hilary Duff likely influenced your personal style more than you might want to admit.

Today she's still in the public eye, but she's left her butterfly clips and trucker hats in the past.

Two words: Gossip Girl. Her fashion on the show was enough to distract you from all the drama.

Lively maintained her fabulous wardrobe long after the show ended.

This Disney Channel star had an accessory for every occasion. From her track suits to her over-the-top sunglasses, she was always switching up her look and giving you something to obsess over.

Symone is still just as obsessed with accessories today. She's constantly switching up her hairstyles too.

Barrymore was always trying out something new, but still keeping to her minimalist-chic persona. Plus she had some of the best on-screen characters to look up to when it came to both fashion and life.

I don't know about you, but I'll still be looking up to the ladies for years to come.