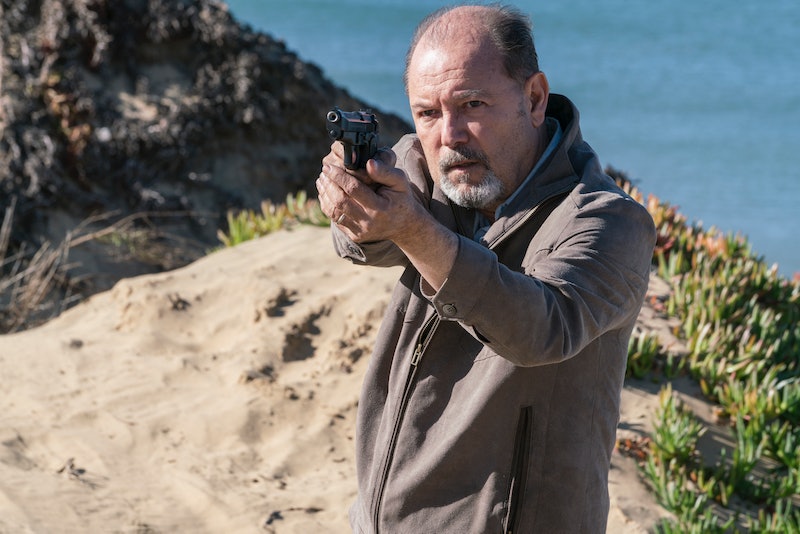 Yikes. that was fast. While Fear The Walking Dead finally tied up the plot of Flight 462, the In fact, the group abandoned Alex and Jake on Fear The Walking Dead, even though it was Strand who cut them loose. The whole group has finally learned not to trust strangers, even those who are completely harmless.

We picked up with Alex right after the plane had crashed, floating in the water and trying to round up her fellow passengers. The girl ended up in a life boat with a badly injured Jake — who was separated from his mother because Alex took the last standby seat. We then saw her on land, running from a small herd of walkers. It was a good, old-fashioned zombie fight, and I have to say that I'm proud of the Fear survivors. They really held their own. Nick even figured out the "cover yourself in bloody guts" disguise — but, of course, he used that to get into a growl-off with a walker. He's special, that one.

The group, who had been on land salvaging food and supplies from the plane crash, took Alex and Jake back to the yacht. However, the survivors were hesitant to add them to their number. Alex, naturally, was stunned that this was even a debate. I'm glad that Madison is showing some vigilance, but it's a shame because Alex is pretty cool. They compromised and let the lifeboat tow behind them, giving them a decent amount of food, water, and towels. That is... until Strand cut the line in the middle of the night and let them float away. Rude!

Will they be back? Jake doesn't seem long for this world, but I have a feeling that we'll see Alex again. She's too good of a survivor and too interesting of a character to lose.