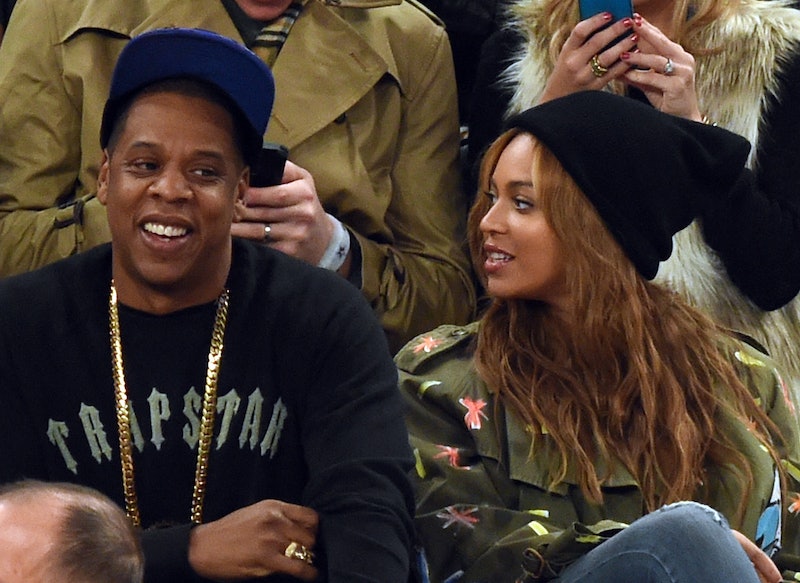 If you tuned in to watch Lemonade on Saturday night, you probably have a lot of questions about Beyonce's HBO special, including: Is Lemonade based on Beyonce's parents? While some people think the special could be about her possible divorce from Jay-Z, others saw some parallels to the lives of Beyonce's parents, Tina and Mathew Knowles.

The hour-long special dealt with themes of cheating and lost love, something Beyonce knows about firsthand. Her father, Mathew Knowles reportedly had a son, Nixon, by his mistress, Alexsandra Wright, in 2010. Beyonce's parents divorced in 2011 due to a "discord or conflict of personalities."

In the first song of Lemonade, Beyonce directly references her father: "Where do you go when you go quiet," she says. "You remind me of my father / A magician / Able to be in two places at once." OK, so that line could certainly still be a jab at Jay-Z, but it definitely throws shade at Mathew Knowles.

Her father is also directly referenced in a track called "Daddy Issues."

The line that particularly interests me is "And men like me comes around." Could that be a reference to Jay-Z cheating like her father cheated on Tina Knowles? If you're looking for more clues, you can listen to Lemonade on Tidal in full.

Viewers on Twitter certainly seem to think the visual album could be inspired, at least in part, by her father's infidelity:

More like this
Lizzo Calls Beyoncé “The Artist Of Our Lives” During Her Grammys Speech
By Alyssa Lapid
The Beyhive Is Mad At Harry Styles After Beyoncé’s Album Of The Year Snub
By Jake Viswanath
Adele Is Attending The 2023 Grammys, Thank You Very Much
By Jake Viswanath
Beyoncé Has Officially Won The Most Grammys Ever & Twitter Is Losing It
By Jake Viswanath
Get Even More From Bustle — Sign Up For The Newsletter
From hair trends to relationship advice, our daily newsletter has everything you need to sound like a person who’s on TikTok, even if you aren’t.