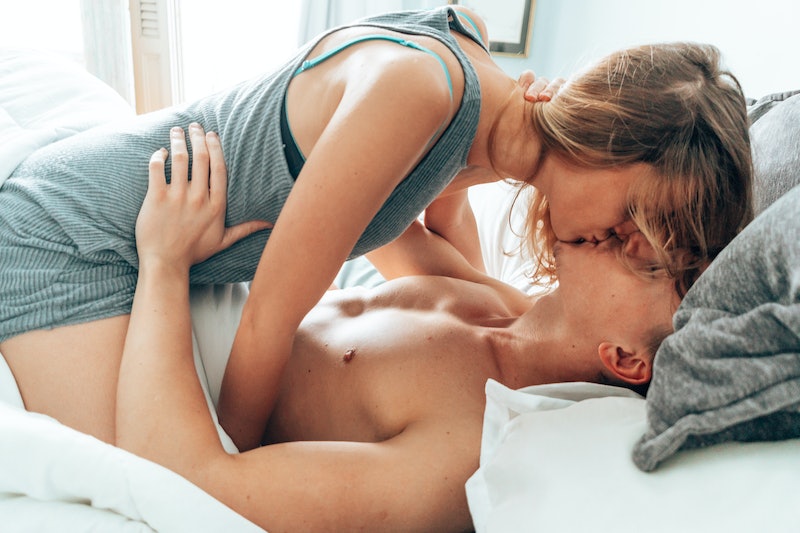 Is a 7 inch penis ideal? Or too big? What about 6.5 inches? I don't know anyone who agrees on the the perfect penis size, but it's certainly talked about a lot, as is what’s average.

“There’s no such thing as ‘normal’ when we’re talking about sex, genitalia, sexual preferences, or really anything to do with human sexuality,” Emma McGowan, sex educator wrote for Bustle. “There is such thing as average when it comes to size — and the average penis size is about five to seven inches when erect — but ‘normal’ doesn’t exist.”

Online doctor service Zava wanted to look at if and why size matters, and the anxiety around it. In 2016, they surveyed over 2,000 respondents, 1,148 male and 973 female, to find out exactly what we want (and have) when it comes to penis size. And the perceived ideal length around the world was 15.8 cm (6.2 inches) for women and 16.6 cm (6.5 inches) for men. What's interesting about this, is that women's ideal length was smaller than the ideal length for men. So straight men who are worried about their penis size can chill — expectations aren't as big as they may have thought.

Although many people think that all men are worried about whether or not they're big enough in the bedroom, that might not actually be the case. In reality, it's only around 10.3% who are dissatisfied with their penis size and 1.7% who are very dissatisfied. In fact, 45% said that they were content with what they were packing.

Pretty good, right? But there was a lot of variance around the United States and around the globe when it comes to penis preferences. Here's what the survey found.

1. Most Women Think Penis Size Is Important — Sort Of

Sixty-seven percent of women said it was somewhat important, which makes me think that they would probably only care in some circumstances. According to the survey, 21.4% of women said that penis size simply wasn't important and 11.2% said that size was very important to them. So that's only a little more than 1 in 10 that think it makes a big difference.

Out of all the the countries surveyed, Austria had the highest perceived ideal penis length. They thought the ideal would be 17.6 cm (6.9 inches) long. I was surprised this was the biggest, because a 7-inch penis is one I've heard thrown around as their preferred size, but maybe my friends are all just insatiable.

The United Kingdom was the other end of the scale. They thought the ideal penis size would be 14.2 cm (5.6 inches) long, over a full inch shorter than Austria.

America was on the high end of penis size hopes and dreams, with 17 cm (or 6.7 inches) as the country’s ideal penis size. But it varied hugely in between states.

When I say varied hugely, I mean Maine was huge. Maine had the highest ideal — 19.3 cm or 7.6 inches. There's dreaming, and then there's just totally unrealistic. That's higher than any country's average. Kansas and Arkansas were up there too, but Maine certainly fits its "Dirigo" motto.

New Mexico’s ideal penis is 5.9 inches big, which is the lowest across the country. Tennessee and West Virginia followed.

7. Men Are Generally OK With Their Penis Size

The survey found that the majority of men don't seem to be negatively impacted by the size matters debate. And the good news is, even if they were worried about their penis size at a young age, there's a chance they'll be cool with it when they're older.

"As with satisfaction, sexual confidence related to penis size appears to trend upwards as men age," the survey says. While 58 percent said penis size didn't affect their sexual self-confidence when they were in the 18-24 age range, the percentage raised to 65 percent by the age of 45. So despite all the pressure, luckily only 16.8 percent have lower sexual self-confidence, which decreases to 10.6 percent by 45.